When i first chanced upon Swirls Bake Shop on Twitter, i knew i definitely had to check them out some day. I just didn't expect that "some day" to come so quickly. This humble shop stashed at Rodyk Street (just under 8 Rodyk Residences) serves cupcakes. I had a hard time trying to find parking nearby because there isn't any public parking available on Rodyk Street. I ended up parking illegally on the side of a quiet road (the things i will do for cupcakes). By the way, there is parking along Mohamed Sultan Road if you can parallel park, or you can choose to park at Studio M Hotel or Gallery Hotel. 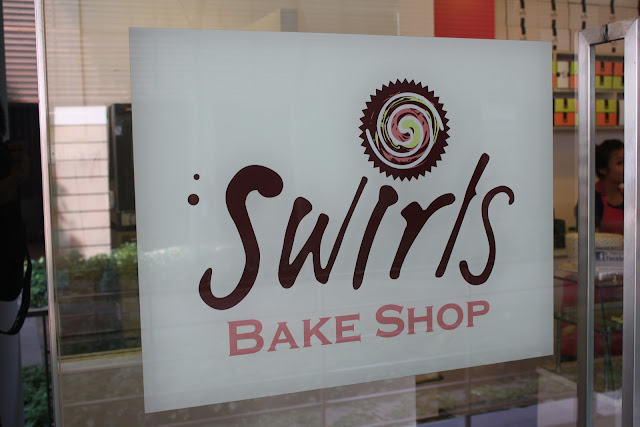 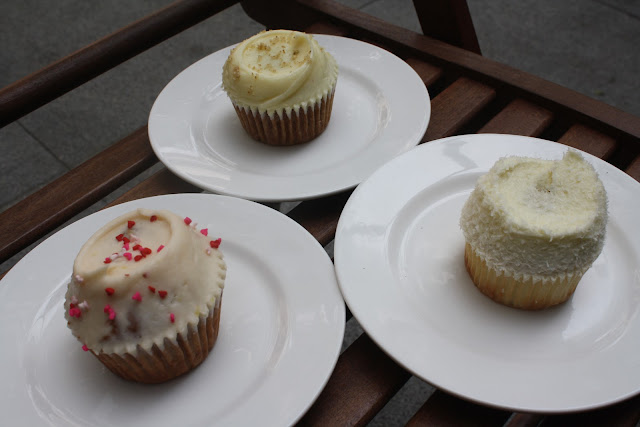 They have quite a range of cupcakes to choose from. Apart from the mainstream red velvet and chocolate cupcakes, you'll find flavors like carrot and coconut, which i found pretty uncommon. 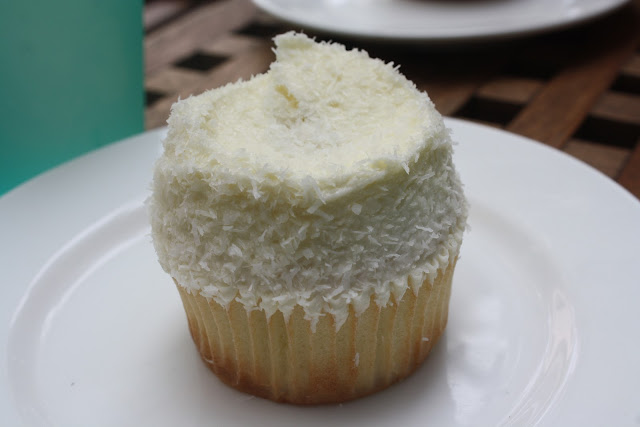 I was told that the flavor of the day was Nutty Coconut, which is coconut cupcake with smooth coconut frosting sprinkled with desiccated coconut. I couldn't resist trying it after looking at the generous amount of freshly fine grated coconut on the cupcake. Just like how cupcakes should be, it was moist and not too dense for my liking. It was however, a bit too sweet. 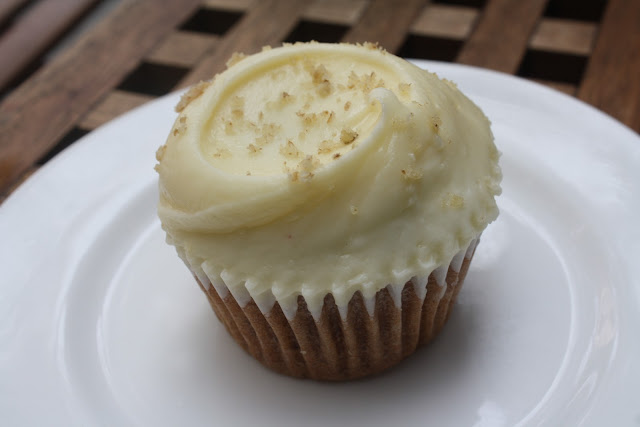 And because Swirls Bake Shop claim they are an "all-American cupcake bakery", i couldn't help but pick out What's up Doc as well. This carrot cupcake with crushed pineapples and cream cheese frosting was heaven on earth. And before you go on thinking i am exaggerating, i want to explain my point. The cupcake was moist (like how all their cupcakes i tried were) and they do not stinge on the ingredients (carrots). The cream cheese frosting was the right texture as well, hence i really couldn't find any fault with this cupcake at all. 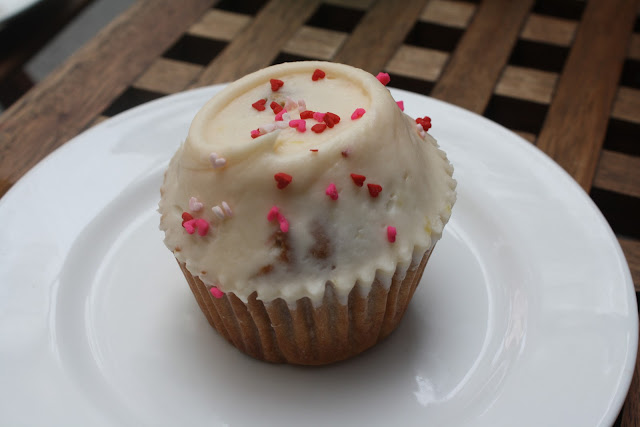 I initially wanted to try the Red Velvet but was told they ran out of the regular sized ones. Knowing two cupcakes will never be enough, i dived in for the Strawberry Burst, which was white chocolate and fresh strawberry cupcake with strawberry and cream cheese frosting. Again, it did not disappoint and the little cupcake sitting only a plate looking so elegant was wiped out within five minutes.

Upon leaving the shop, i glanced through their open concept kitchen a few Red Velvet cupcakes sitting on a tray. I initally thought they were freshly baked so i asked if i could order one. I was told by the owner (which i believe is also the person behind these ingenious yummy cupcakes) that those Red Velvets were rejects and did not pass her "quality control" hence she wouldn't sell them. I really liked how honest she was about it rather than offering to sell the cupcakes knowing it would probably sell.

All in all, the cupcakes from Swirls Bake Shop beat the ones that are opened by a former radio deejay and his wife (we all know who). I'll gladly come back to try their Red Velvet, and at the same time have another of their What's up Doc. Their cupcakes range from SGD 2.50 - SGD 4.50, depending on the size and flavor. I say for the price and taste, these delectables are pretty worth the calories.