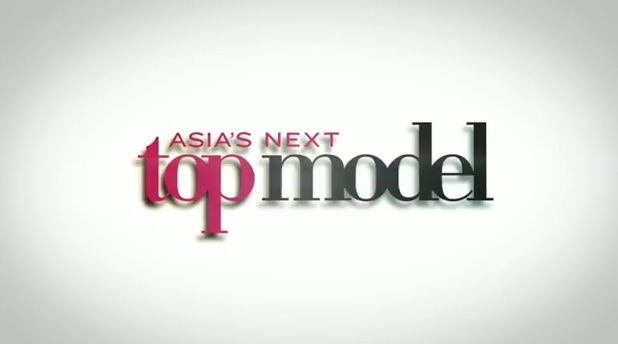 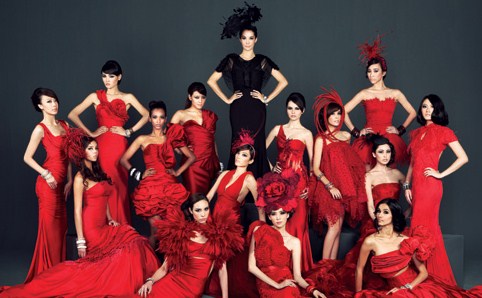 I have been wanting to blog about Asia's Next Top Model ever since the first episode. It's been five episodes and the results for the most recent (episode 5) was just ridiculous - Trang (Vietnam) was left standing beside Melissa (Malaysia) and they sent Trang home. Why is Trang out of the competition for Asia’s Next Top Model? Objectively speaking, she is the only one who has the X-factor to go the distance. She has the jawline, the height, the expressions and the attitude to really represent Asia on the global stage. Her pictures are way better than any other girl there and she would not look out of place in a high-end edgy fashion shoot. She's probably the only girl among the whole lot who creative directors would hire for an edgy shoot.

What’s wrong the judges? They discriminated against her simply because she spoke bad English and could not communicate well with the photographer. Many of the snobbish, English-speaking, English-centric judges on the panel are not Asian or not fully Asian anyway – so don’t expect them to have any sympathy for a Vietnamese girl who doesn’t understand English well - even though she obviously shows up better in pictures than any of the other girls. 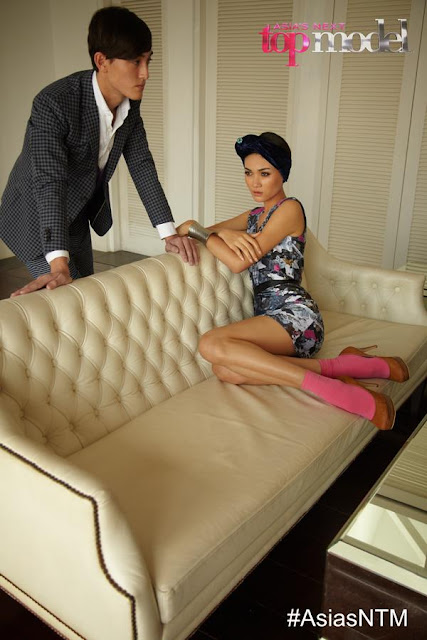 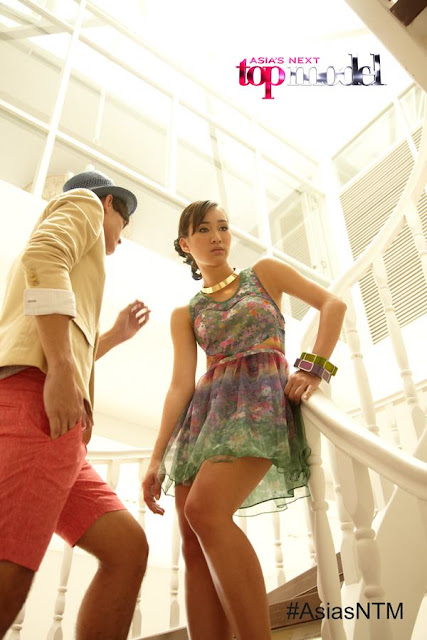 The only conclusion I can make from this massive stupidity is that the judges think they can attract more viewers by making “controversial” decisions. Like how they sent out two girls at the same time in Episode 3. Or like how they sent home Singapore contestant Kyla Tan out in the very first episode – even though the show is being filmed in Singapore with the participation of a lot of Singapore agencies. (Even in Miss Universe, they try to give face to the host country. But clearly, the concept of “giving face” is another Asian value that these damn white-centric judges clearly don’t understand).

If this competition continues in this direction, I suspect Sofia – the half Asian-looking, half-white-looking girl from Japan – will probably win. She speaks English, she has some white blood, and she makes those damn judges happy with her Englishness. She will be another... Nadya Hutagalung! Yay! Perfect!

Come on, people, are we still living in a world where we have to kowtow to white people? Remember when MTV Asia – despite it being called Asia – prefer to hire pan-Asian VJs like Donita and Nadia and Sonia. Can we show some respect to girls who looks fully Chinese, fully Indonesian, fully Indian, fully Vietnamese etc?

In case you haven’t realised, the world is tilting East. Even on Victoria Secrets, the Chinese model (Sui He) actually looks Chinese - NOT PAN-ASIAN "CHAP CHENG"!

Another point that the judges make against Trang is that she was already a model and she couldn’t improve a lot. So what? The improvement/learning curve for those who are already very good at what they do is not as obvious as someone who is starting out at the bottom. Whereas those at the top have proven they can make it, those climbing to the top have NOT proven they CAN make it to the top.

I remember the US version of the next top model - there was this black girl who had amazing jawline and a superb walk and could even catwalk down the aisle of an airplane in mid-air. She kept winning each episode and eventually she was crowned the winner. I really thought Trang would be just like her given Trang won two consecutive challenges (episode 1 and 2) – but Asia's Next Top Model judges (if they can even be considered judges) are clearly not as far-sighted as those in the US version.

Nadya Hutagalung sucks trying to act as if she is "white".

Joey Mead King is a bitch who makes no sense half of the time.

Todd Anthony Tyler isn't as smart as he thinks he is. He clearly communicates in only ONE language - English.

Daniel Boey is hopeless and a disaster (especially when he started giving instructions for the makeover episode).

Honestly, when they made changes to the girls’ hair, all the girls look WORSE - except maybe the Nepalese contestant, Aastha. The judges are not just racist, they also have lousy taste. I don't see a need to carry on watching the future episodes, unless i unfortunately become bed-ridden with absolutely nothing to do.
Posted by Nicholas Zayden Tan