Tucked in the corner of Duxton Hill, is an eatery named Wok & Barrel. There are aplenty of pubs around that area, but at Wok & Barrel, you get both food, as well as drinks. With a wide selection of beer, beer lovers need not worry. Also, wine connoisseurs will be glad to know they also serve wine.

Wok & Barrel was started out by Shen Tan, a very humble lady that i had a chance to meet in person. Her humble beginnings started from selling Nasi Lemak (coconut rice) at Maxwell Food Centre, which everyone (including food critics) raved about. The reason behind the shift to Duxton Hill was because she loves cooking, and wanted to offer more variety of dishes, instead of just Nasi Lemak. 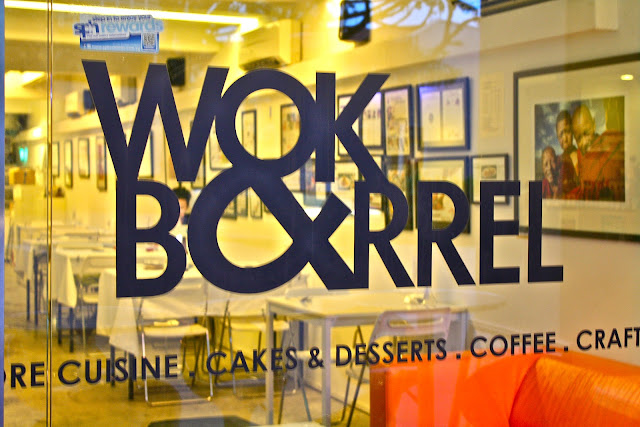 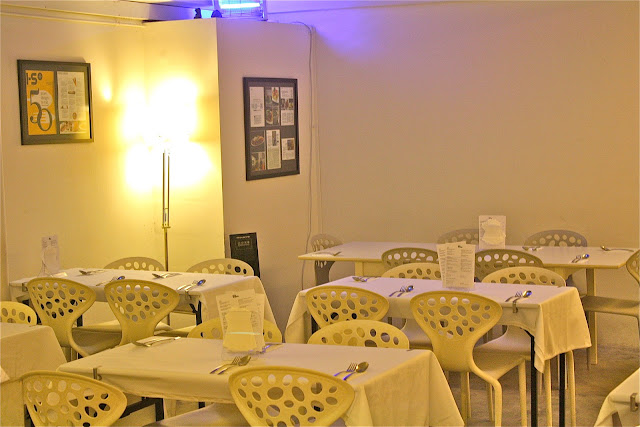 There is no dress code at Wok & Barrel. The clean white setting of the whole place is meant to be informal, so that people can talk and chat through the meal - nothing pretentious of sort. Also, the ingenious idea of lining mahjong paper on each table, just so the whole feel of the place does not come off too "formal". 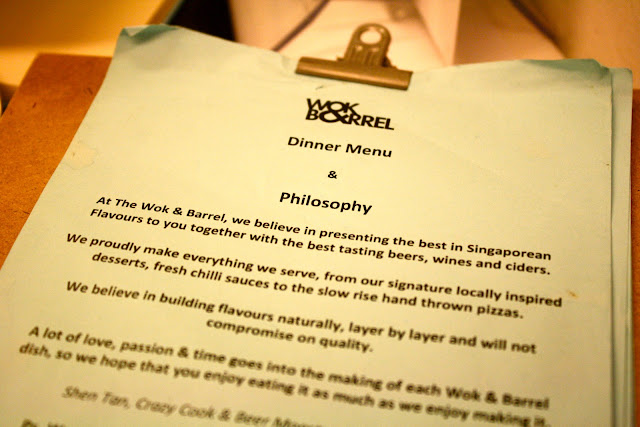 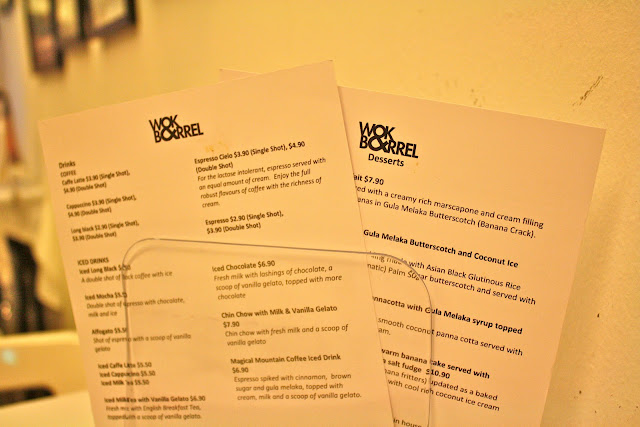 The menu at Wok & Barrel is rather intensive. With a lot of local food (with a twist added), as well as delectable desserts, the only thing that was stopping me from trying everything on the menu was the restricted space in my stomach. When i mean local food with a twist, i mean stuff like Soft Shell Crab with Singapore Chili Crab Sauce, Rack of Lamb Briyani and stuff like Braised Pork Belly Pasta. 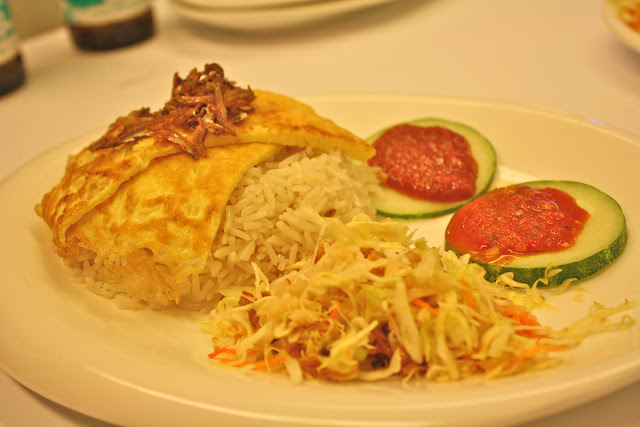 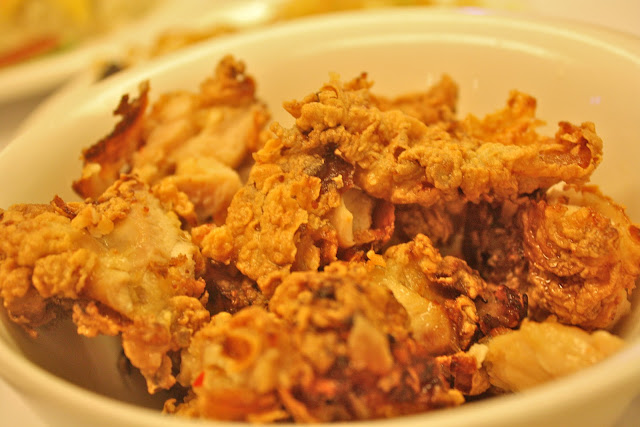 I knew i couldn't walk out the doors without trying the much raved about Nasi Lemak, and i wasn't disappointed. The warm fluffy coconut rice that was individually grained let out an aroma i couldn't resist. I normally take at least three shots of the a dish but i settled for two because the urge to tuck was uncontrollable. The jasmine rice is steamed not once, but twice at Wok & Barrel and only fresh coconut milk is used in order to get that texture and aroma. Accompanied with the Crispy Chicken, which i highly recommend as well, the whole thing was better than heaven on earth. The word crispy isn't placed there for the sake of it - the chicken was indeed crispy, and the batter was a bit sweet, which i really liked. Of course, Nasi Lemak isn't Nasi Lemak without chili, and at Wok & Barrel, they serve two kinds of chili - a spicier one, and a sweeter one. I preferred the sweeter one, and ended up requesting for more. And yes, i conclude the Nasi Lemak isn't over-hyped, it is truly something worth salivating over. 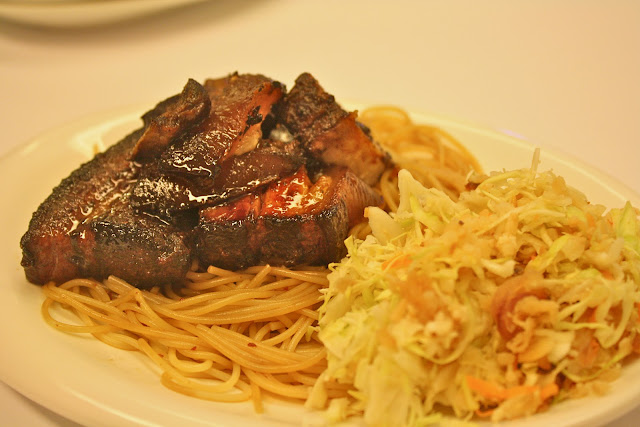 The Angel Hair with Braised Pork Belly Confit sounds like a fusion that you may not think will work - but it actually does. The pork belly was braised till you can easily separate the fatty part from the meat with a pull from your fork. The pasta was cooked al dente and the salad at the side of the dish consists of shredded lettuce, carrots and dried shrimp worked the whole thing as well. It was a little like Asian on Italian on Asian again. 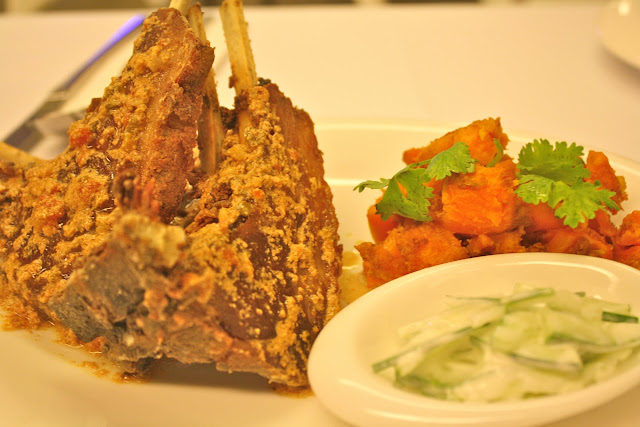 You probably wouldn't expect this fusion - Lamb Biryani with Sweet Potato mash with Cucumber.  rack of lamb with biryani spiced coating, which fell off the bone as soon as i sank my knife into it. I would however have liked it with a bit more salt. For your info, the owner of Wok & Barrel, Shen, is quite health conscious, which explains the minimal sugar and salt in the food. The sweet potato mash had texture because they were served in cubes and not mashed up and the cucumber salad was refreshing yet simple, to tone down the spices from the lamb. All in all, i give this the green light. 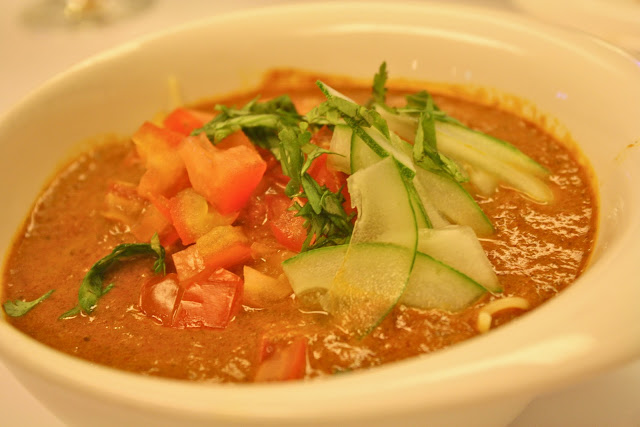 As dubious as it sounds, the Fish Laksa Pasta isn't exactly fishy business. To put it straight, it is pasta with fish, specially made laksa sauce to compliment the pasta, topped with chunks of tomato for the zest, and fine cucumber slices for that extra crunch. I liked how the sauce was not overly spicy, and how the pasta absorbed every aspect of it. The fish was fresh, and the whole bowl was downed by us within a few minutes. 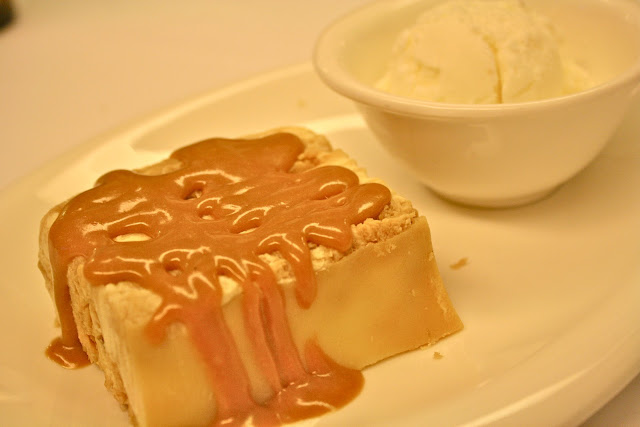 You know a meal is never complete without dessert, and at Wok & Barrel, the dessert list is not only hard to resist, it is almost irresistible. The Kueh Dadar Inspired Crepes Cake was absolutely divine - layers of crepe layered with fresh coconut topped with Gula Melaka (brown sugar) sauce served with coconut ice cream. Innovation - 10 out of 10. Taste - 11 out of 10. The whole thing wasn't too sweet, which also means you don't get sick of eating too much of it. 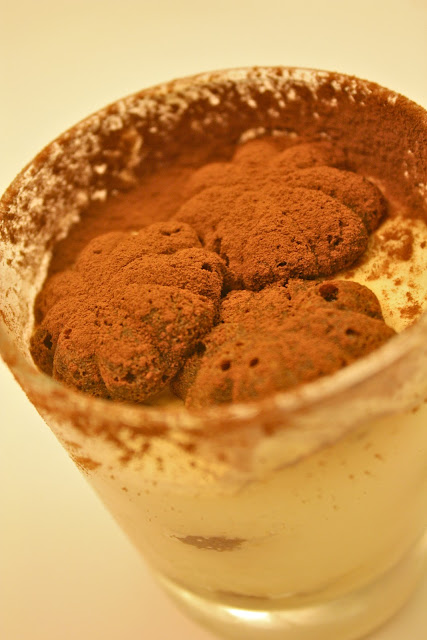 The Tiramisu with Kueh Bahlu however, was a little too bitter for my liking. I took a spoon of the mascarpone separately and found it very light and refreshing. There isn't any alcohol content in this so if you like a strong taste of rum in your tiramisu, this probably will not do the trick. And for those who stray away from alcohol, i say go for it.

Overall, casual dining yet quality food is what i feel best describes Wok & Barrel. Thumbs up to the owner, Shen, for being able to create innovative ideas from local food. If you happen to be at that area for lunch, they have lunch deals (check out their Facebook page) which i highly recommend. If not, a trip down to Wok & Barrel is still worthwhile even if you are staying at the far end of Singapore.

This was an invited media tasting.
Posted by Nicholas Zayden Tan