CentralWorld is one of my favorite shopping spots when i am in Bangkok  - it is the largest shopping plaza and complex in the city. Located at the 7th floor of the huge complex is Nara, a Thai restaurant that supposedly serves up pretty good food for decent prices. 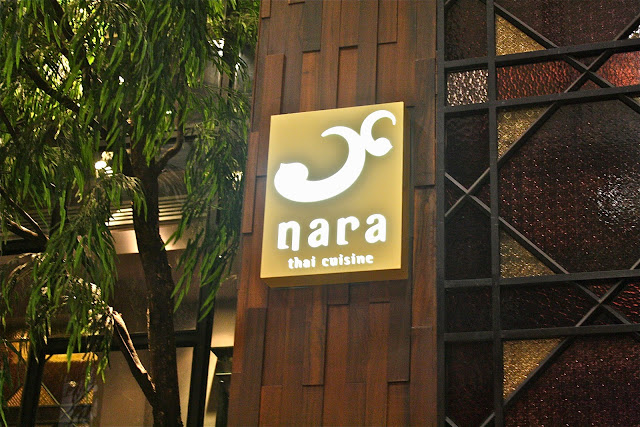 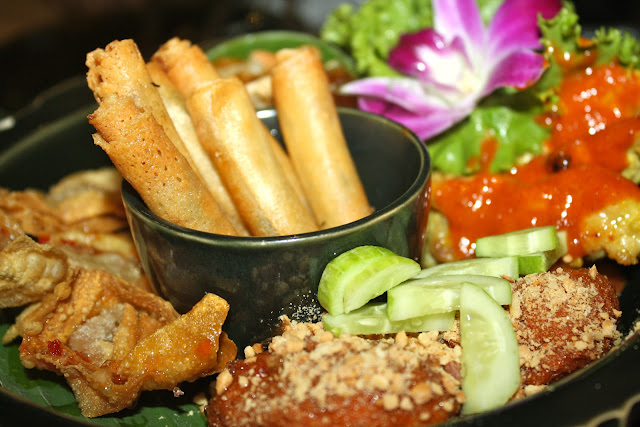 We started off with the Nara Platter, which wasn't as impressive as i thought it would have been. In fact, the only thing that was good was the fish cake and fried dumplings. The satay was tough, the pomelo salad was sweet and the spring rolls had a sweet sauce accompanying it which i couldn't quite understand. 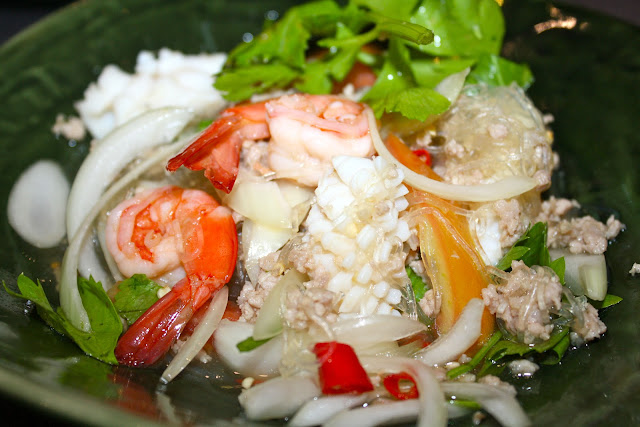 The Yum Woonsen (Spicy Jelly Vermicelli Salad) with seafood had the right amount of spiciness and zest to it. Overall, i really enjoyed this dish, which was served warm. 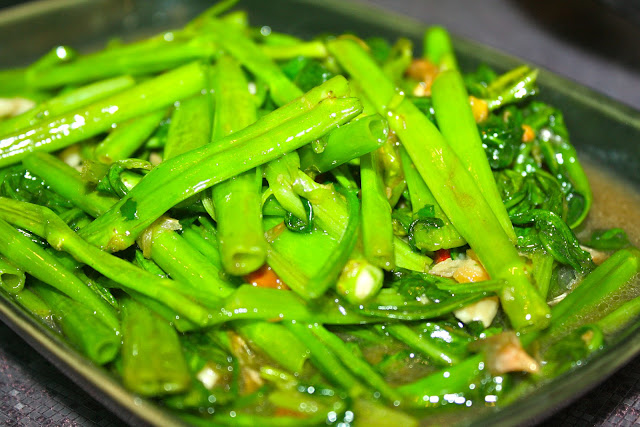 The Phad Pak Bung (Stir Fried Morning Glory) was mediocre and tasted like any other normal kind of stir fried vegetable you could get at a roadside or local stall. I thought it would be spicier but the sauce wasn't spicy at all despite having bits of chili in it. 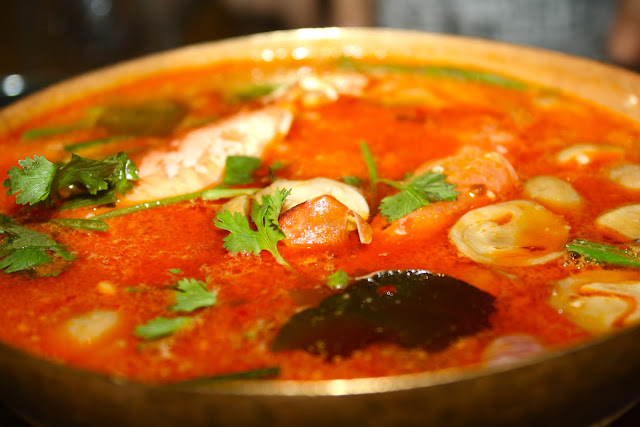 A Thai meal is never complete without Tom Yum Kung. This one however, also fell short on expectations. The soup was thick, but not spicy enough (it was more sour than spicy). They were generous with the mushrooms but were stingy with the seafood. I felt it should have been the other way round - more seafood and less mushrooms. 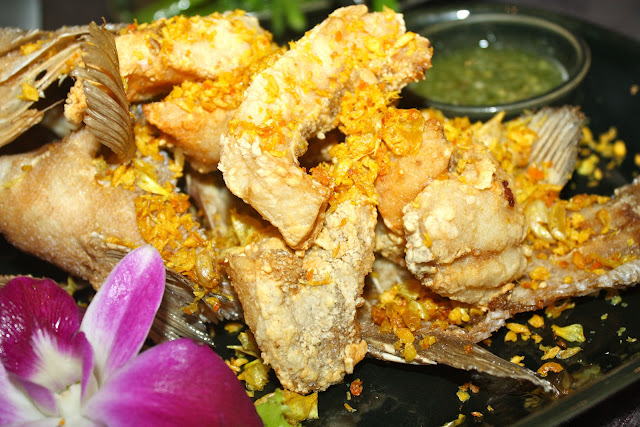 My favorite dish had to be the Pla Kao Tord Takrai (Crispy Fried Whole Garupa with Crunchy Fried Lemongrass). They fillet the fish for you, making it easier for you to eat. However, there were more fried garlic than lemongrass (which is also why i like it), so don't expect a lot of lemongrass flavor infused in it. The fish was no doubt fresh and the whole dish accompanied with a sour sauce definitely got a thumbs up. 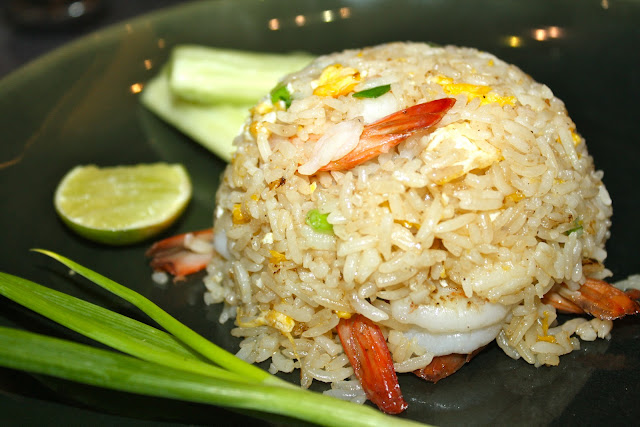 The Kao Phad Kung (Fried Rice with Prawns) had plenty of prawns in it. However, i didn't find it exceptionally fantastic and the portion was small - the only thing that probably made up for this dish were the prawns. 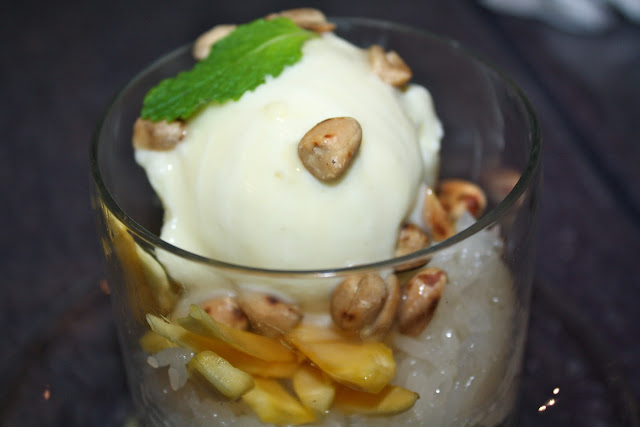 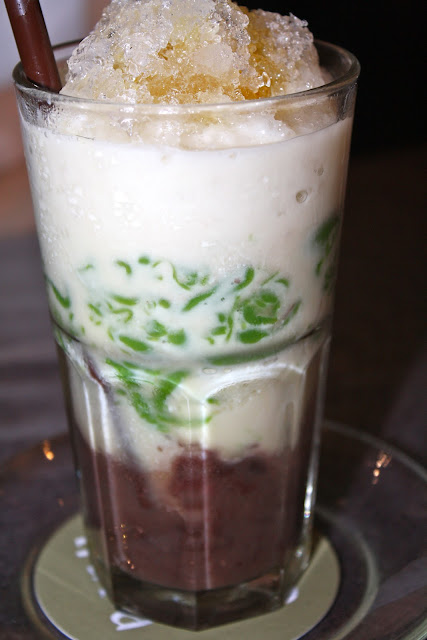 We ended off the meal with desserts that pretty much made the mark/were on par (finally, after all the inconsistency from the food). The Durian Ice Cream with sticky rice and jackfruit was a different twist from the common mango sticky rice you get in Thailand. The Lord Chang Nara (a bit like the Singapore Chendol) was also good.

One thing i was pretty dissatisfied with at Nara was the service. It wasn't full house that night and the staff there were pretty inattentive. I had to ask for bottle water four times before getting it delivered to me. Prices are pretty reasonable for a restaurant in a considerably high end shopping complex from 140 Baht ( SGD 6) to 460 Baht (SGD 20). But of course, since the food at Nara is not really to die for, i don't think it is specially worth the trip unless you happen to be shopping around CentralWorld.