The last you would expect from a Japanese restaurant is pasta and pizza. Pasta de Waraku is a Japanese casual pasta and cafe restaurant. They offer a pretty intensive menu ranging from pasta, pizza to rice and other side dishes. 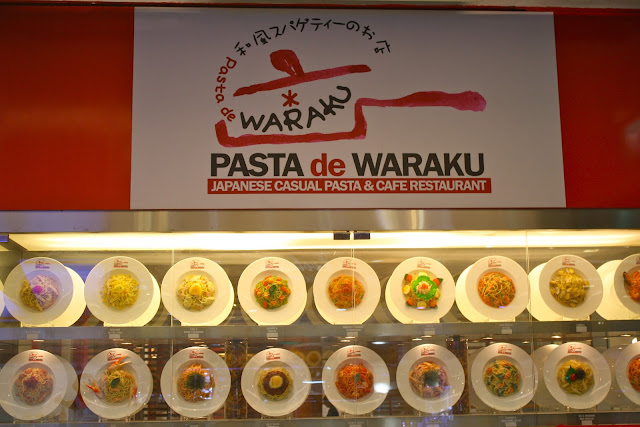 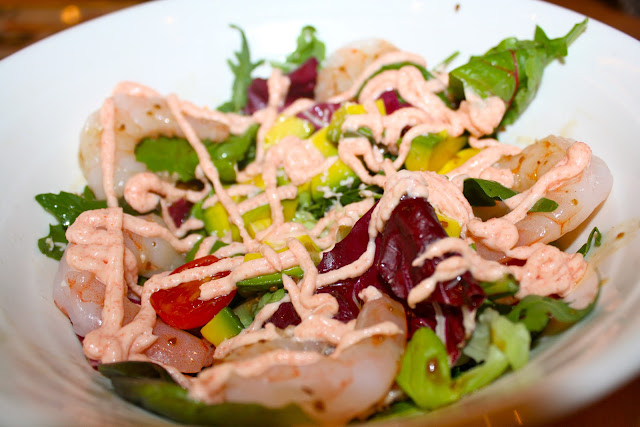 We started off with the Prawn Avocado Salad that had a generous amount of prawns in it. The greens were evenly tossed in fish roe (mentaiko) dressing and there was more avocado in it than i expected. The serving of the salad is pretty huge so i recommend this to share so that you have enough space for the main courses. 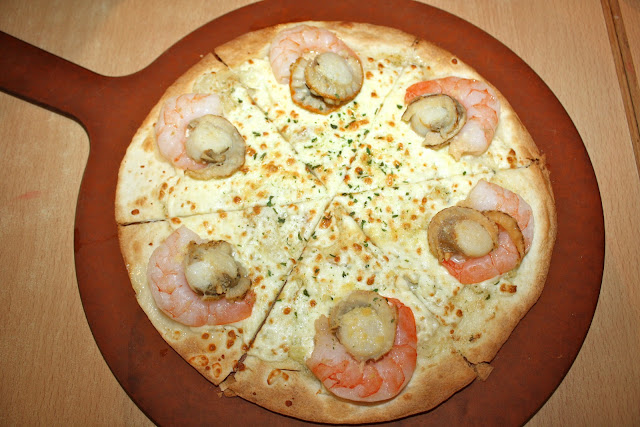 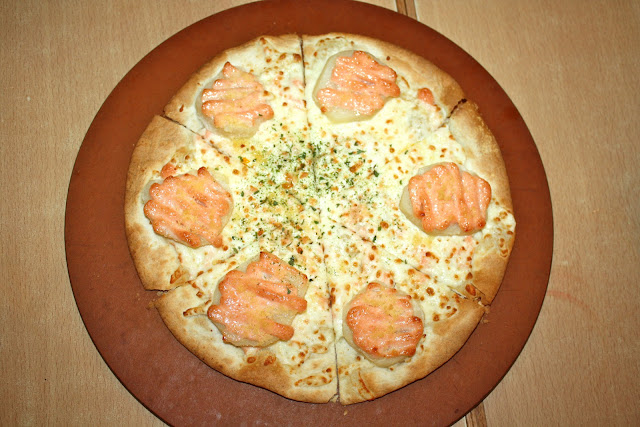 Pizza lovers wil be glad to know that Pasta de Waraku not only serves pasta but also pizza. I must say i am pretty impressed by how they managed to take an Italian food item and combine it with Japanese infused flavors.

We were recommended the Spicy Cod Roe & Potato, which wasn't spicy at all in my opinion. There was aplenty of cheese over the thin and crispy oven-baked thin crust and although the spicy cod roe may come off a little salty, the slices of potatoes is set to even out the taste with its starchiness.

The other pizza we tried was the Scallop & Prawn. With a similar thin and crisp crust, the only difference was that this pizza had plump scallops and prawns on it. The taste came together nicely but the only downside was that the toppings fell off as soon as i picked each slice up. 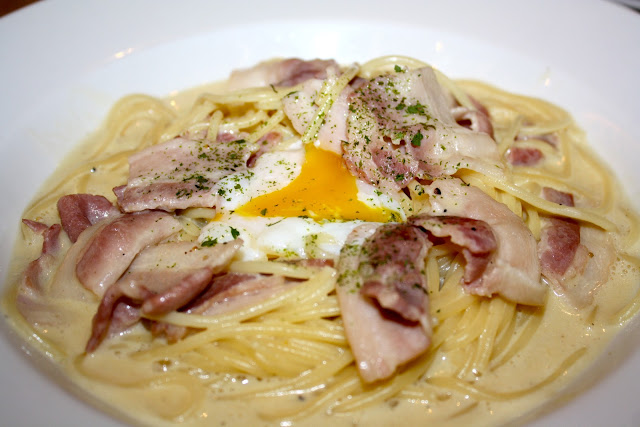 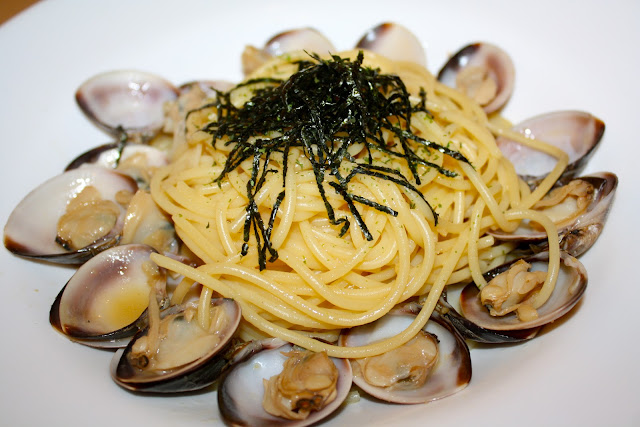 For pasta, we had the classic Carbonara Waraku Style which i thought was something different as compared to the normal pastas we normally have. There was a lot of bacon within the thick sauce and the nicely poached egg in the middle took the whole dish to a whole different level when mixed in.

If you prefer something lighter (or if you are a fan of aglio olio), you will like the Spaghetti Ala Vongole, which has littleneck clams tossed with nicely cooked al dente spaghetti. The whole dish may look simple but if you like the sweetness of clams tossed in their in house Wafu Sauce (a bit like fish sauce), this dish is for you.

While Pasta de Waraku isn't your typical Japanese restaurant that serves you tempura and sashimi, it is definitely a place worth coming to. After all, how many Japanese places in Singapore serve you pasta and pizza? Also, service was excellent despite it being full house, which also brings me to my point about making a reservation to avoid disappointment. And if you do not get a table, fret not because they have not one, but two outlets.