Living in Singapore means you get a wide variety of cuisines to choose from at your fingertips. A new establishment tucked in the corner of Square 2 (located conveniently just beside Novena) is my definition of a cosy and homely hot spot for Vietnamese cuisine. 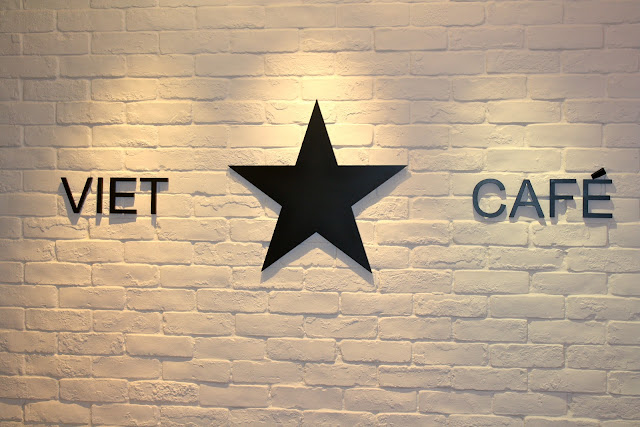 Viet Cafe recently set foot and serves up a range of Vietnamese food, and also a bit of a fusion (making use of the Vietnamese flavors and style). If the name sparks any familiarity, they used to be at Battery Road a few years back, before going on a hiatus and coming back with a better menu of greater variety. 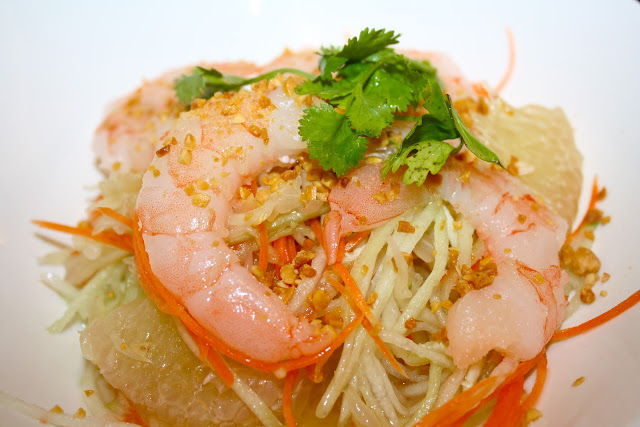 We started off with the Pomelo Salad with Tiger Prawns. The whole dish had a lot of texture from the finely shredded turnip, carrots and cucumber, topped with peanuts. The prawns were especially fresh and crunchy. Together with the citrusy flavor from the pomelo, as well as a little bit of spiciness, the whole dish escalated to a exciting burst of flavors. 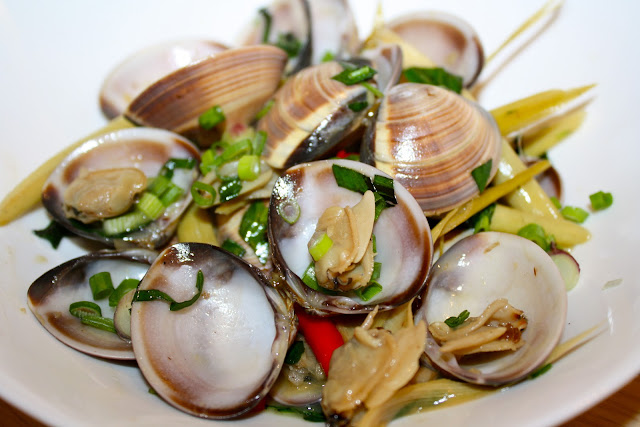 The next dish, which happens to be one of their signatures was the Clams in Lemongrass Butter. The buttery sauce is rich with flavors from the clams and i found myself polishing off the whole dish by myself without sharing. 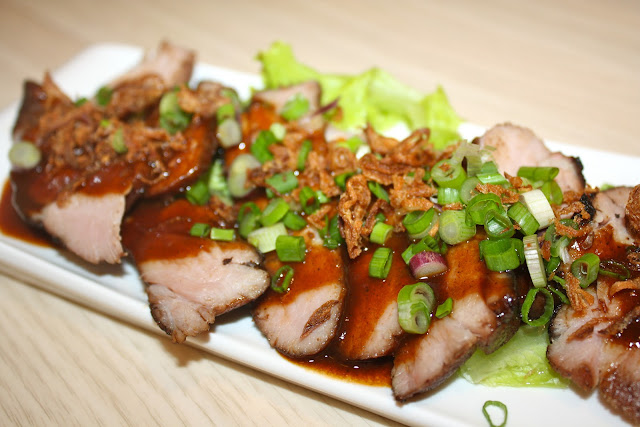 One of my favorite dishes was the Imperial Char Siew. As grand as it sounds, it actually is. Slow-braised for 8 hours under low heat, the meat was tender and soft. The only downside was the sauce, which i felt wasn't enough, as well as the shallots on top that were not as crispy as i thought it would have been. Nonetheless, the portion was generous and there was nothing to fault with the main star of the dish - the char siew. 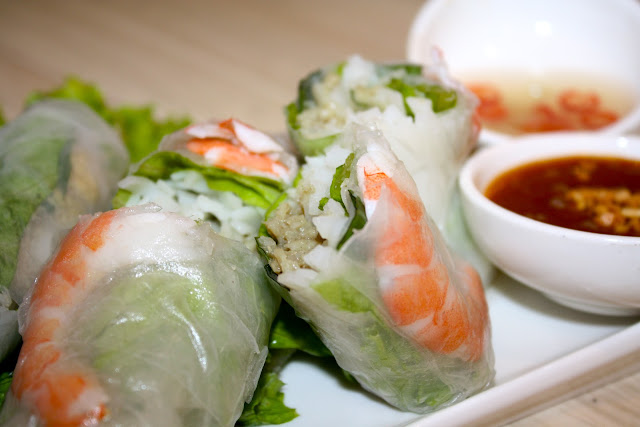 What is Vietnamese food without spring rolls? We opted for the healthier version instead of the fried one. At Viet Cafe, they serve up Mixed Fresh Rolls, just so you get best of both worlds (chicken and prawn). Also, two different dipping sauces are served up to your delight - the traditional fish sauce and peanut sauce. We preferred the latter because of its stronger flavor. 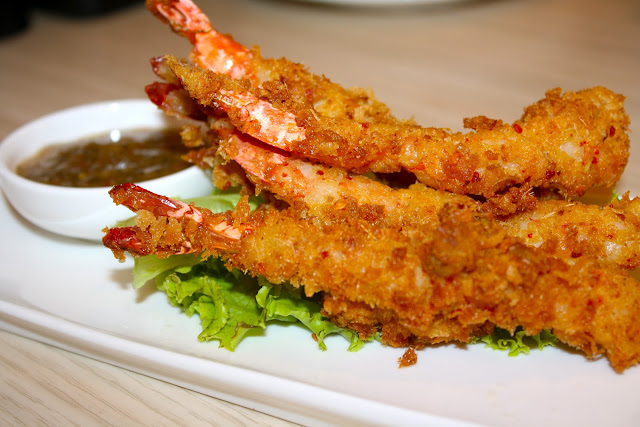 The Lemongrass Prawns is another must-try at Viet Cafe. The lightly battered prawns were fried to ingenious crispiness. When dipped in the lemongrass sauce, which was slightly spicy and had more lemongrass in it, the whole dish wasn't too overpowering with the lemongrass taste. 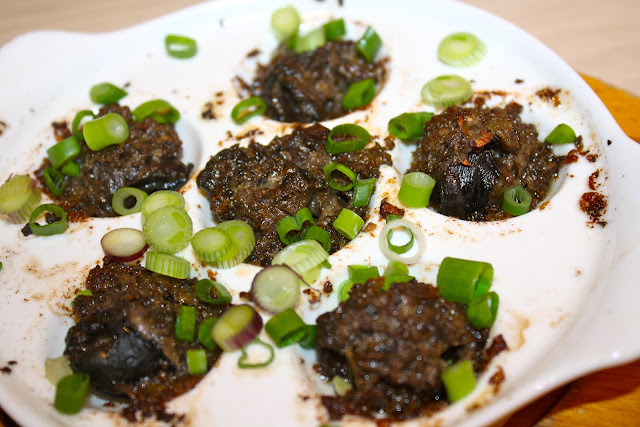 When i mean fusion, i meant it. The Escargot with Lemongrass Mushroom is a perfect example of a Vietnamese woman wedding a French man. The baked escargot was submerged in lemongrass and mushroom pureed with butter. It was so good that my partner in-shamelessly wanted to ask for a second portion. 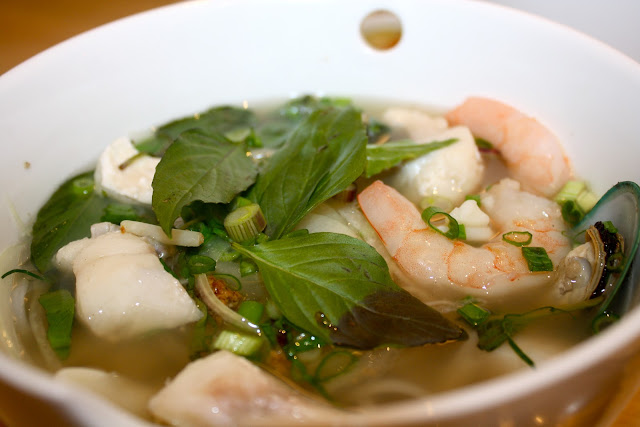 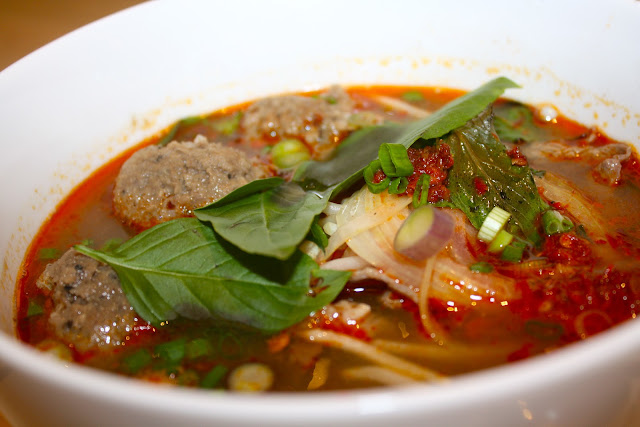 We could not leave a Vietnamese restaurant without having any Pho. We had the Assorted Seafood in Original Broth and Supreme in Spicy Broth. The first had an assortment of seafood (prawns, fish, squid and mussels) and the original (chicken) broth had a very homely taste. Also, all the seafood were very fresh.

The Supreme, which consists of different cuts of beef (brisket, shank, tenderloin) and meatballs in spicy (beef) broth was another stunner. They were extremely generous of the portions of the beef served, and the homemade meatballs were soft and had the correct amount of spices involved. The soup was slightly denser than the original so you should opt for this if you are up for something heavier.

In all, Viet Cafe serves up deletable ethnic-tasting food. The flavors were strong but not too overpowering. They serve up reasonable portions at affordable prices. However, like all places that serve up good food, seats are limited so expect to wait if you are going at peak hours.