The much raved about Tim Ho Wan, a One-Michelin Star restaurant that recently opened its first in Singapore is worth all the hype it is getting. The 3 hours queue time justifies for the delicious dim sum delicacies served up. Before we go on an appreciation post on the food (having tried everything on the menu), the main thing to note is the chef's golden rule : eat while it is hot. Shall we begin? 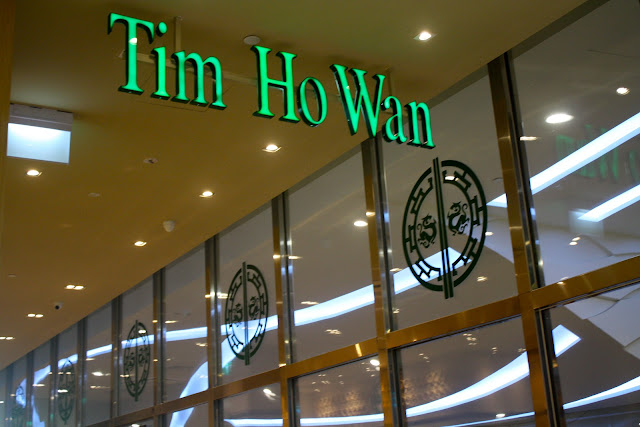 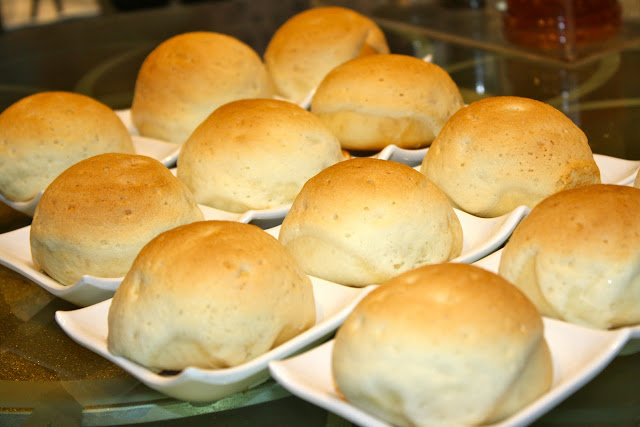 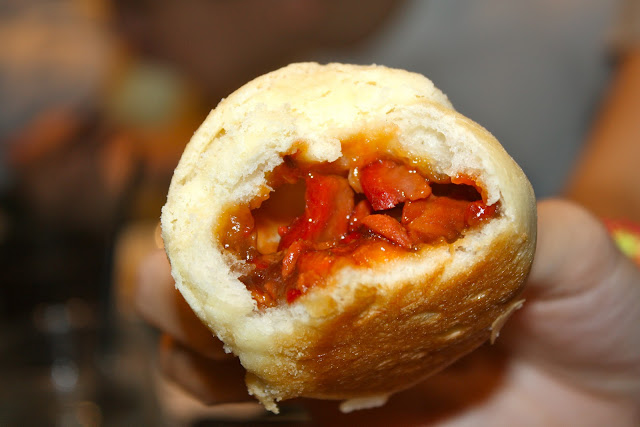 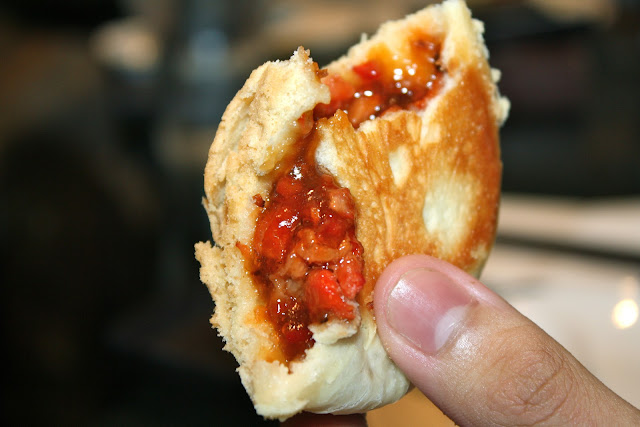 Something that needs no further introduction at Tim Ho Wan, the Baked Bun with BBQ Pork is something you must have on the table. The fluffy bun with barbecued pork within will definitely leave you wanting more. Honestly, the bun is no secret recipe, the trick as i mentioned earlier is to have it fresh out of the oven and pipping hot. To put it bluntly, it is good enough to make your trip to Tim Ho Wan complete. 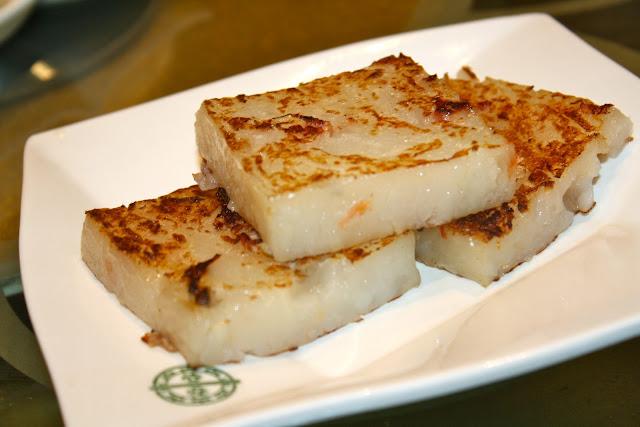 Another of their "Big 4 Heavenly Kings" is the Pan Fried Carrot Cake, which i honestly didn't find especially fantastic (either that or i was too engrossed with the Baked Bun with BBQ Pork). Still, the carrot cake was soft inside and crispy on the outside - which is what it should be like. In all fairness, it wasn't mind blowing, neither was it a disappointment. 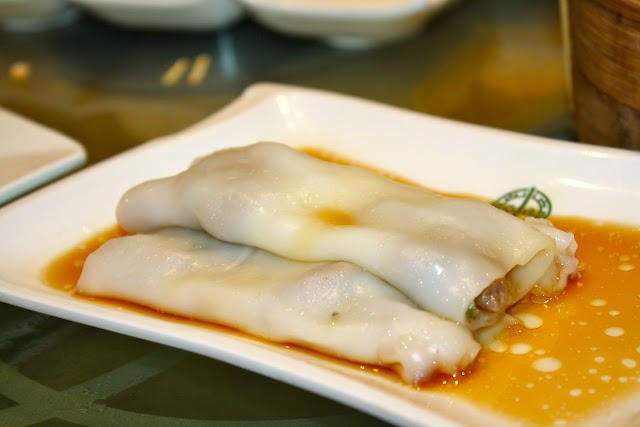 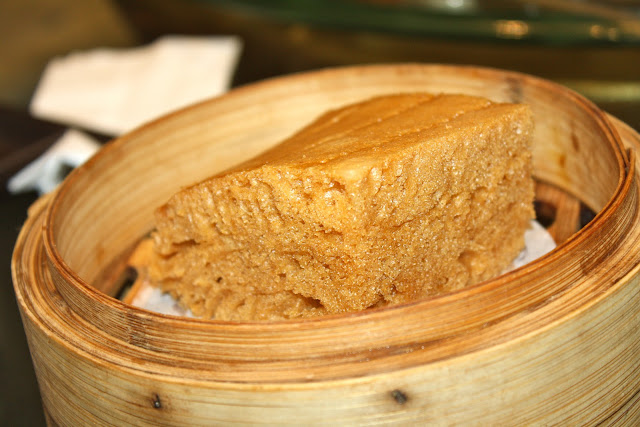 The last of the "Big 4 Heavenly Kings" is something i least expected. The Steamed Egg Cake resembles a sponge cake, except that it has a caramelized taste to it (from the sugar used). However, because this comes off sweet instead of savory, i recommend this to be ordered towards the end of the meal (with dessert). 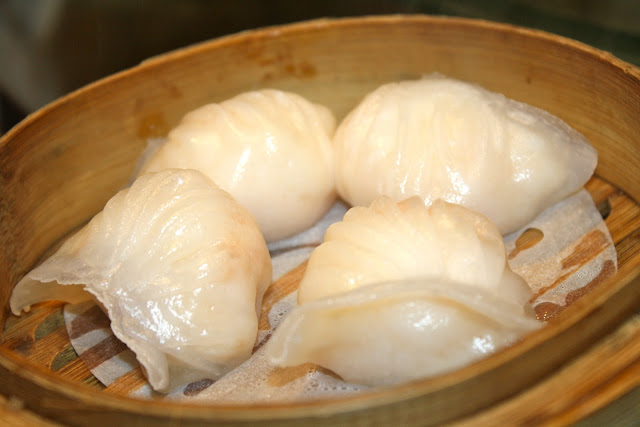 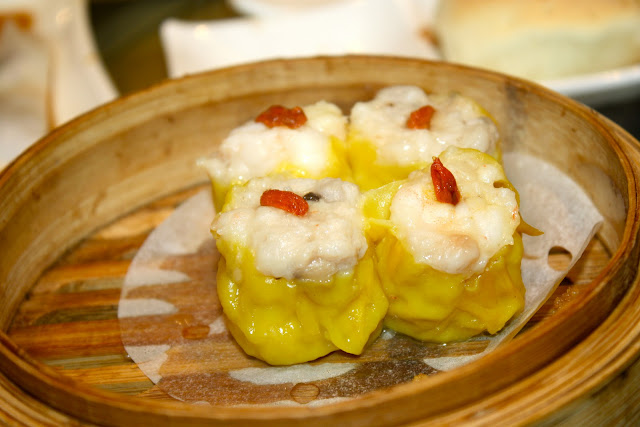 Moving on to the more common items you would see on a dim sum menu, the Prawn Dumpling and Pork Dumpling with Shrimps were also done very well at Tim Ho Wan. The prawns were fresh and had a good bite to it, and of course like everything else they serve, it came steamy hot. 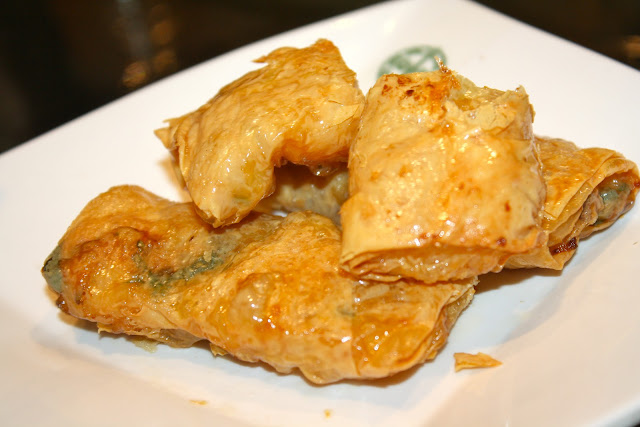 The partner's favorite was the Beancurd Skin Roll with Shrimp that was deep fried. It was extremely crispy and had generous filling within the thin layer of beancurd skin. The only downside was that they didn't have mayonnaise when we requested for it. But because it was good enough on its own, it's pretty forgivable they don't have mayonnaise stocked up in the kitchen. 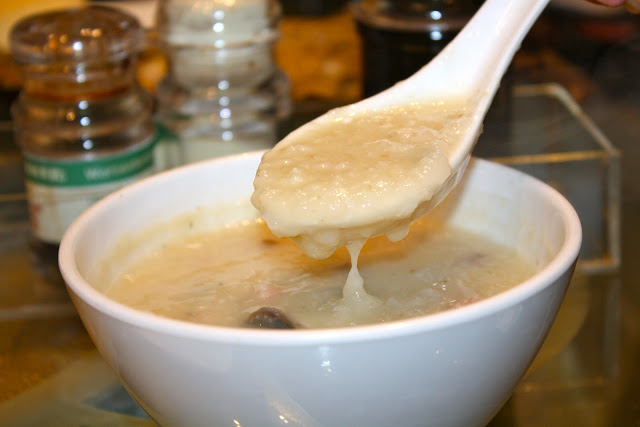 One of the dishes that really impressed me however, was the Congee with Lean Pork, Century Egg and Salted Egg. The smooth congee filled with tender chunks of diced pork in it is a perfect example of comfort food. I love the infused taste of the salted duck egg that sometimes brings a flaky powdered taste. The congee is known to be sold out daily so it is recommended to go early to avoid disappointment. 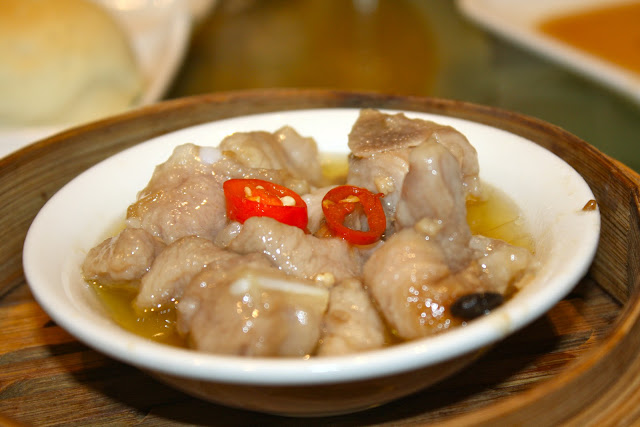 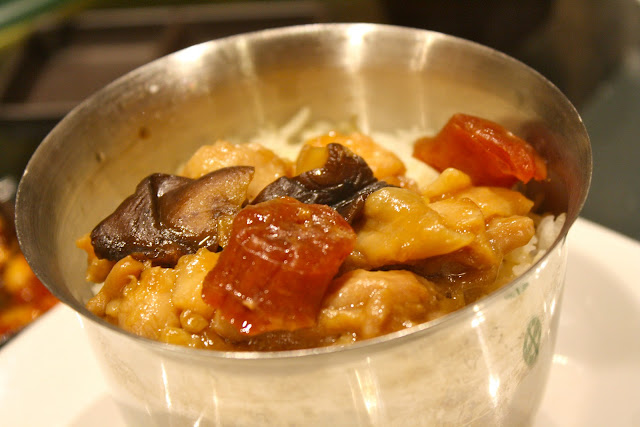 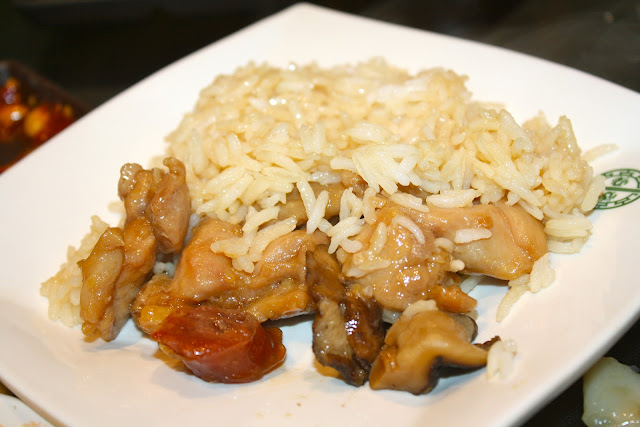 We also tried other stuff (yes, i wasn't kidding when i said we literally tasted the whole menu) like the Pork Rib with Black Bean Sauce and Rice with Chicken, Sausage and Mushroom, which were equally good and worth the calories. 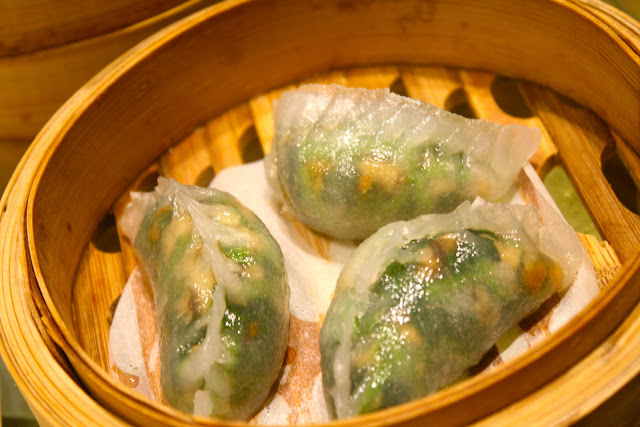 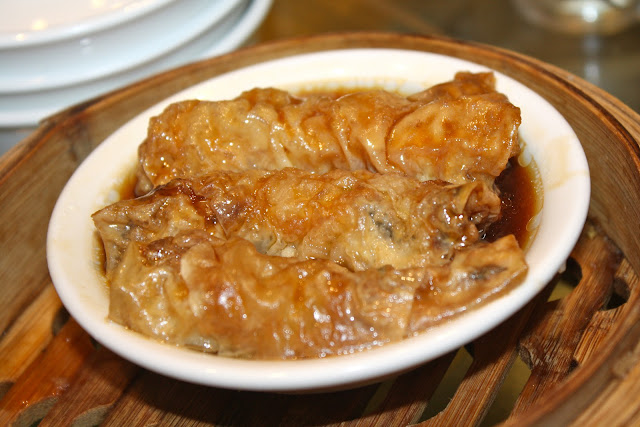 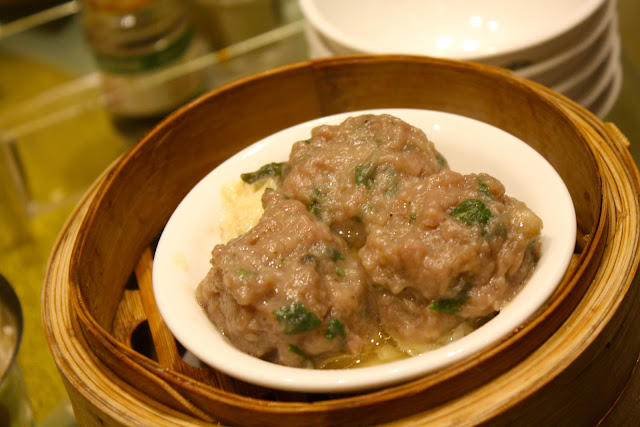 Apart from the mainstream dim sum items, i was glad to know Tim Ho Wan also serves other kinds which are not as common. We had the Garlic, Mushroom and Spinach Dumpling which had great texture from the ingredients. Also, the Beancurd Skin Roll with Pork and Shrimp is like a steamed version of the Deep Fried Beancurd Skin Roll. The most unique of the lot i would say was the Beef Ball with Beancurd. Unlike the normal kind of beef we get, the balls were extremely smooth, soft and tender. 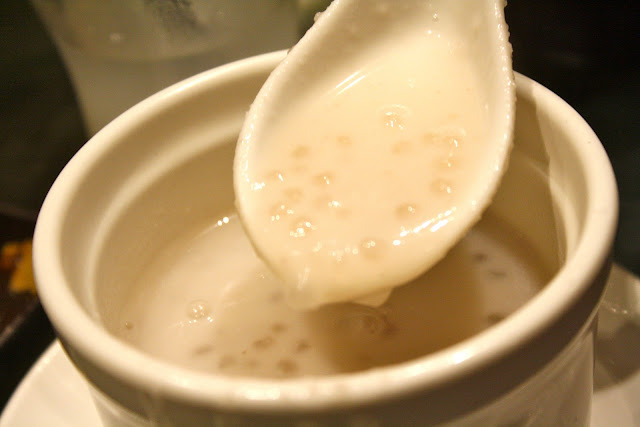 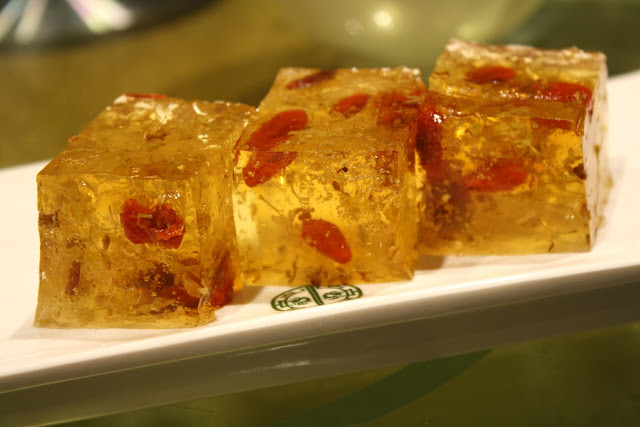 For dessert, we had the Yam Puree with Sago which i liked very much due to the fact it wasn't overly sweet. Also, it has a less thick texture as compared to the traditional yam paste, which i thought was perfect after a heavy meal. Of course, besides the Baked Bun with BBQ Pork, another item you will have to try at Tim Ho Wan is the Tonic Medlar and Osmanthus Cake which is actually jelly. Initially, i didn't like it at all, but i slowly grew to appreciate it after the second bite. It was extremely fragrant and the wolf berries in it resembled raisins.

Truth be told, the review is obviously positive. Despite the fact i have tried everything on the menu, i am definitely coming back (for more). Although you would have to wait quite awhile for a table, the delectable dim sum justifies the waiting time. The best part would probably be that the One-Michelin Star status isn't going to cost you a bomb by dining there. I just wish they had a separate take-away counter for their buns. And yes, i shall make it public - i had six to myself within two hours. Also, they do not take reservations, which is also why i foresee Singaporeans sending their domestic workers to stand in queue for them pretty soon.