I've eaten enough Dim Sum in my life to realize what is good and what is bad. When i first stepped into Ju Chun Yuan (located at Far East Sqaure), i had high hopes for the Dim Sum being served. I wasn't expecting it to be out of this world great, but neither did i expect it to be served sloppily. 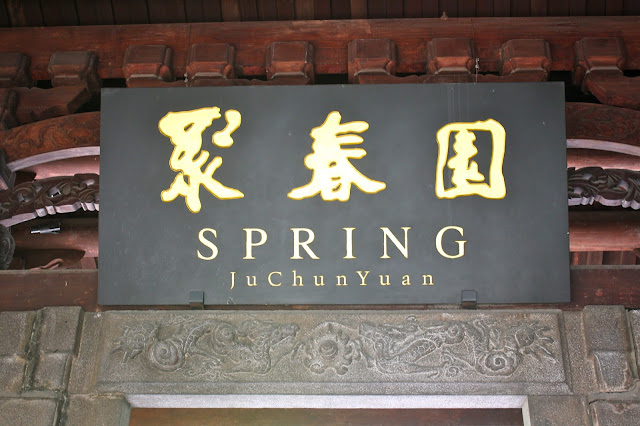 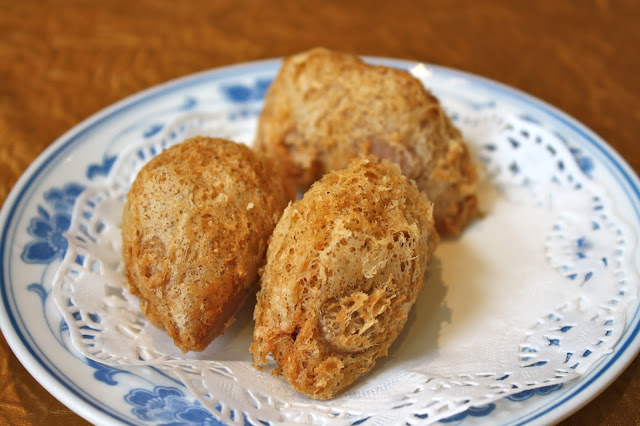 First on the disappointment list was the Deep Fried Yam Dumpling which was served cold. This made the yam inside extremely starchy and it clearly wasn't crispy enough like how it should have been since it was cold. 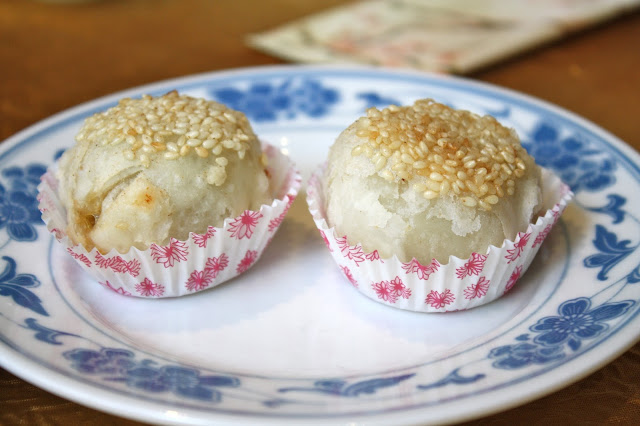 Next up was the Pan Fried Crabcake which wasn't as disappointing as the first as there was aplenty of crabmeat in it. Again, it wasn't served warm and that i found the pricing for the serving (two pieces) a tad too pricy. 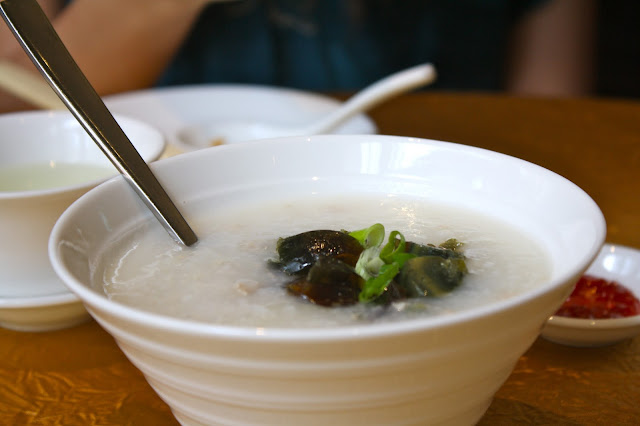 One of my favorite things to order during Dim Sum is the Century Egg & Pork Congee, which was a complete letdown once again like most of the items they serve. The porridge had a very uneven consistency - no where near silky smooth or even smooth. 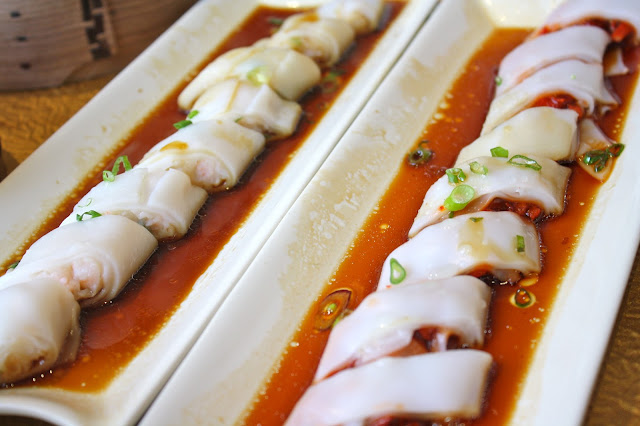 Another item which really didn't make the mark at all was the Steamed Rice Noodle Roll. The rice rolls were too thick despite having quite a generous amount of filling in it. 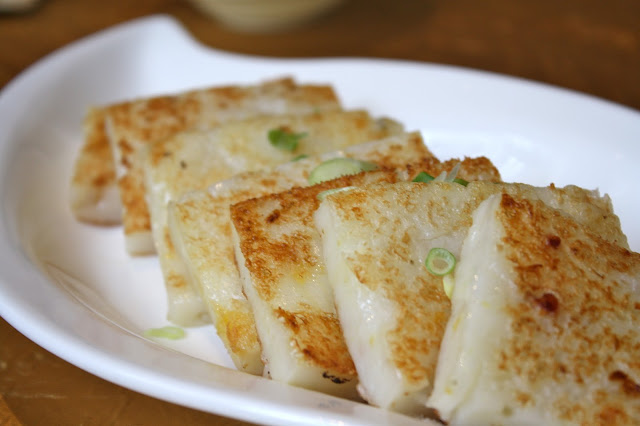 Moving on to some things they did better, the Pan Fried Carrot Cake came in quite a generous portion. The only downside was that they were sliced a bit too thinly for my liking (which was also probably why they gave more slices than normal restaurants would). The taste however, was good and it was served hot. 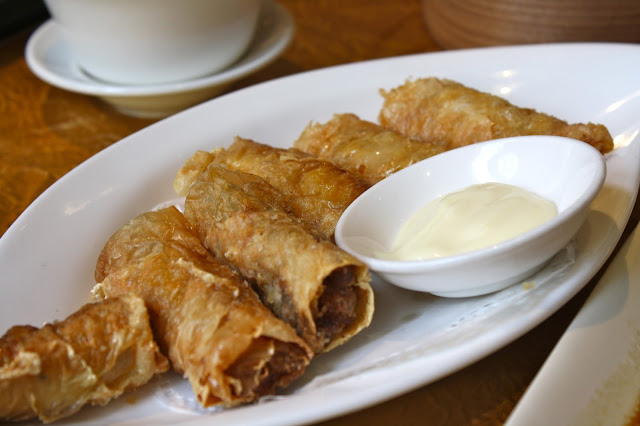 The Deep Fried Beancurd Spring Roll however, was not as bad as compared to the other dishes. It had the right crunch from bits of chestnuts in it and the meat inside was juicy. 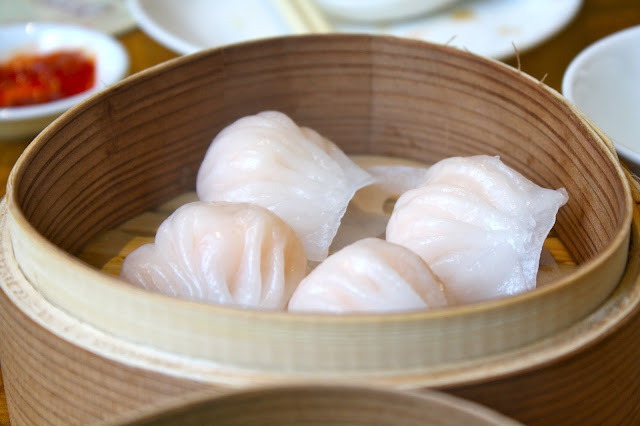 A staple at Dim Sum places, the Steamed Shrimp Dumplings were not spectacularly great either. There was nothing much to rave about it as i found the skin a bit too flour-ly for my liking and the prawns were tasteless and bland. 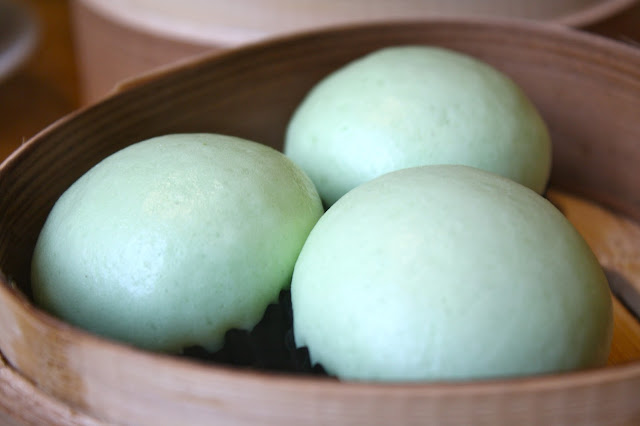 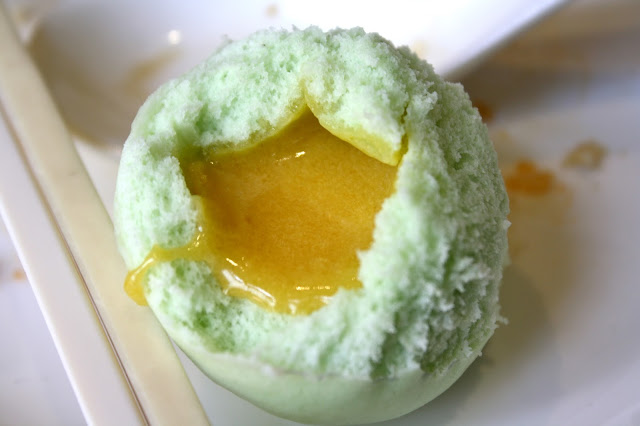 The savior of the meal was the Salted Egg Custard Bun which i must agree was well done despite not liking the rest of the dishes they serve. The picture says it all - flowing custard within a soft bun.

Controversial as it may sound, Ju Chun Yuan ranks one of the worst restaurants in Singapore that serves Dim Sum on my list so far. Like i mentioned, most dishes were below mediocre and were not even served at the right temperature. Service was especially slow as well, which really did not make up for the food they serve. They serve buffet on weekends, which probably explains why their food spells quantity instead of quality. But if you enjoy Dim Sum that taste like they came out from a factory in the masses, no one is really going to stop you from eating your fill.