One of my favorite Japanese places to go for ramen is Tampopo. Their Black Pig Ramen is out of the world amazing with thick milky flavorful soup base and tender pork served on top. For many years, i have repeatedly went back to Tampopo just for their ramen. But having tried the rest of the dishes they have to offer, i must say the next time round i am back at Tampopo, it wouldn't just be ramen alone. 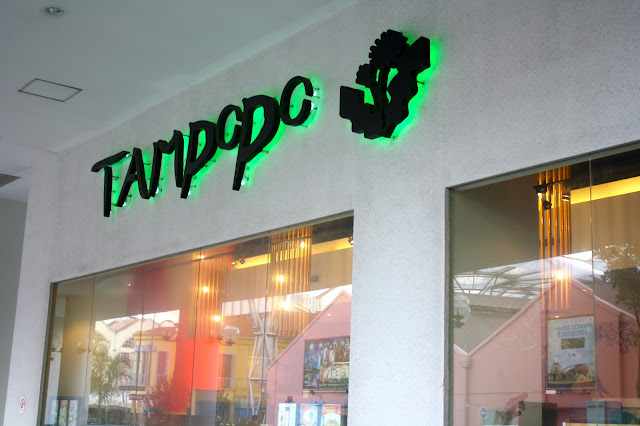 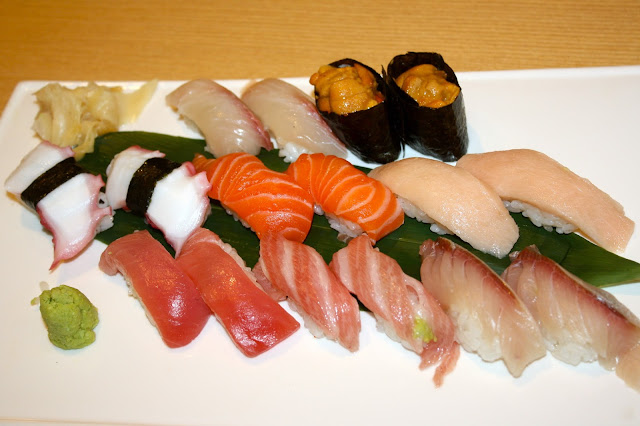 Starting off with a platter of assorted sushi, which honestly made the mark even though i was a bit doubtful at the start if they do them well. The slices of sashimi were the right thickness and cut, and the rice had a right amount of rice vinegar. My pick would have to be the Uni (Sea Urchin), Salmon Belly and Tuna Belly. 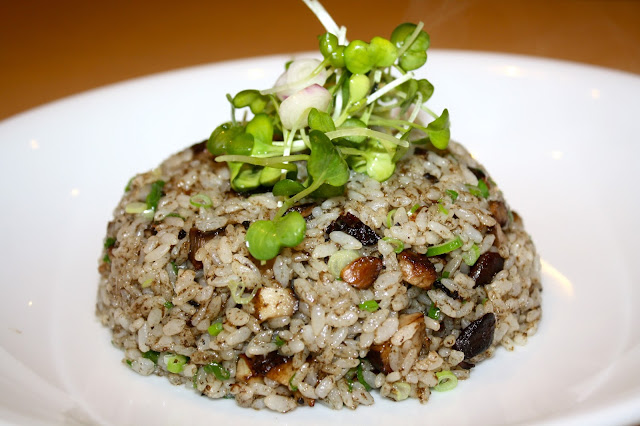 One of the must-try dishes at Tampopo is the Black Pig Truffle Fried Rice which has bits of pork in it, as well as mushrooms. Fried with truffle oil, this is a no brainer for truffle lovers. The rice was fried and charred nicely, and the whole dish will only leave you wishing there was more. 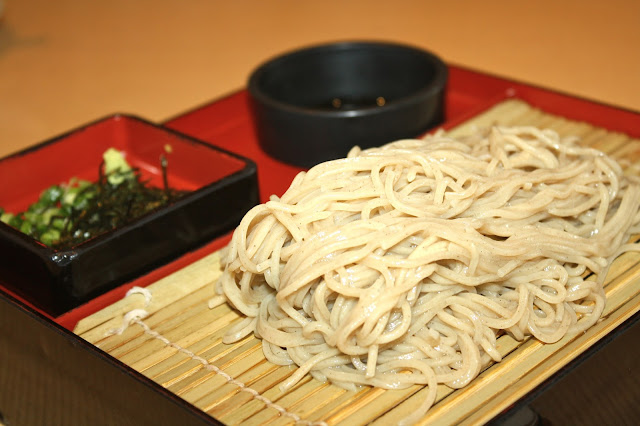 Just like the ramen, they do their soba pretty well too. The Etanbetsu Soba was cooked just right with a springy texture and the dipping sauce complimented it well. This soba was specially flown in from Japan due to its uniqueness compared to our ordinary mainstream green soba noodles. 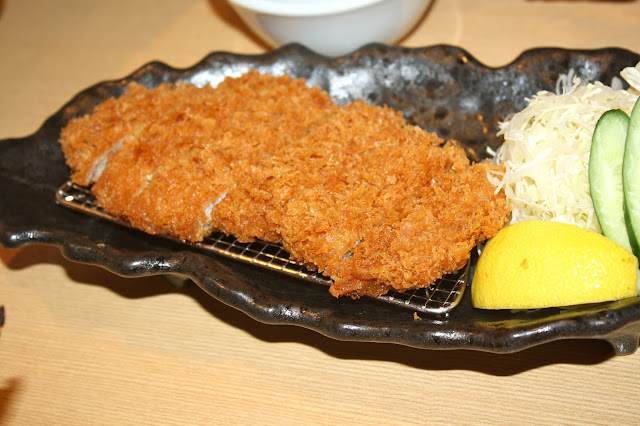 Of course, one shouldn't leave Tampopo without having tried their Black Pig dishes. We had the Top Grade BP (Black Pig) Tonkatsu which had a deep fried golden crispy exterior and juicy middle. Really, once you try Black Pig, you wouldn't want to go back to your ordinary pork. 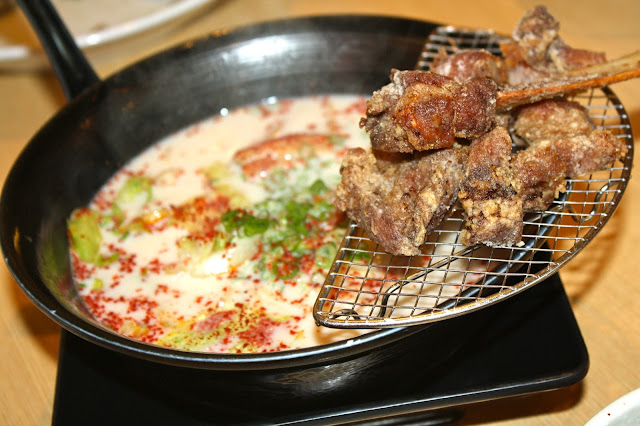 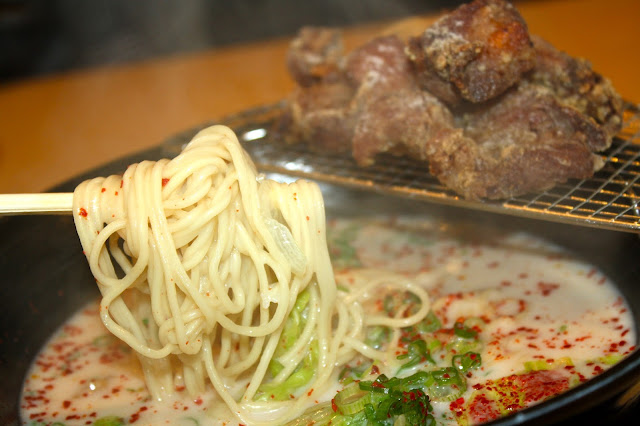 For me, i wouldn't leave without a bowl of ramen. We tried the Tampopo BP (Black Pig) Koumi Fry Ramen which had fried pork ribs served separately. Just like all their other ramen, this one impressed as well. The thick flavorful soup base with nicely cooked noodles was good enough on its own, what more with the fried pork ribs. 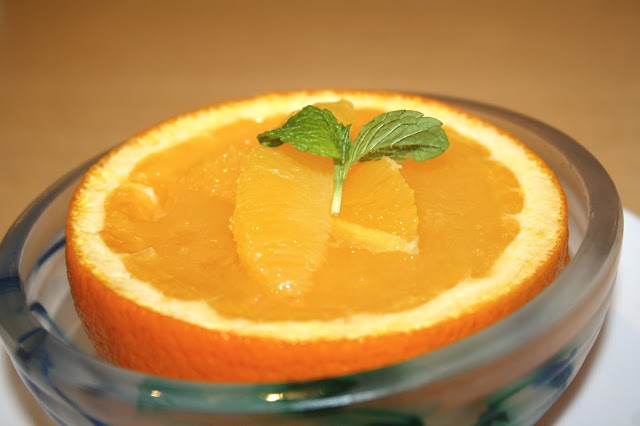 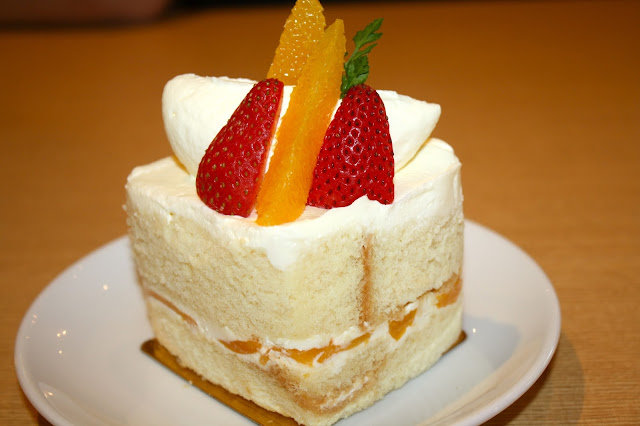 For dessert, we tried the Aloe Vera Orange Jelly which had orange jelly in a fresh orange - refreshing. Also, the Scoop Cake (my favorite dessert at Tampopo), had slices of peaches and lightly whipped cream on a fluffy cake - no better way to end off such a heavy meal.

Tampopo still is my favorite place to go for ramen till date, but from now on i will need a bigger appetite when i am there because of all the other dishes. And if you are feeling Japanese enough after your meal, you will be glad that there's a Japanese supermarket on the basement of the same mall.