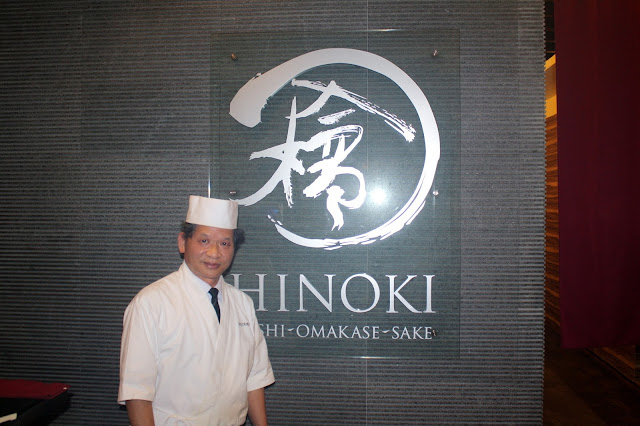 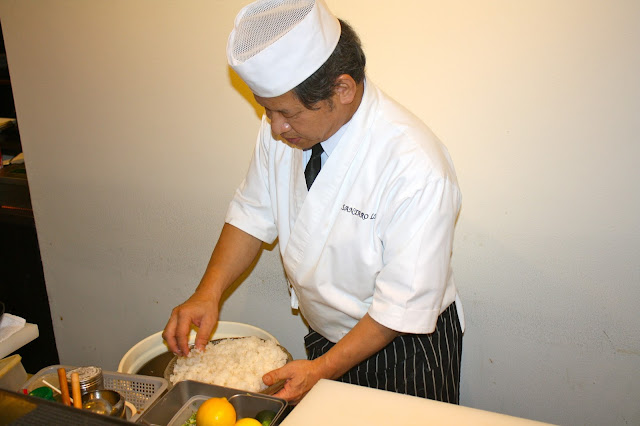 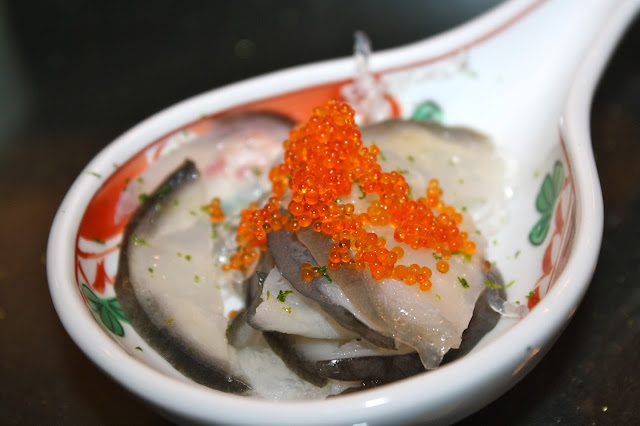 For starters, we had the Salmon Soft Bone which was topped with ebico served on a bed of seaweed. The taste is slightly acquired, because the taste of the salmon bone is rather unusual and lightly zesty in taste. The seaweed (transparent, resembling vermicelli) is tasteless but it adds a lot of texture to the dish with its brilliant crunch. 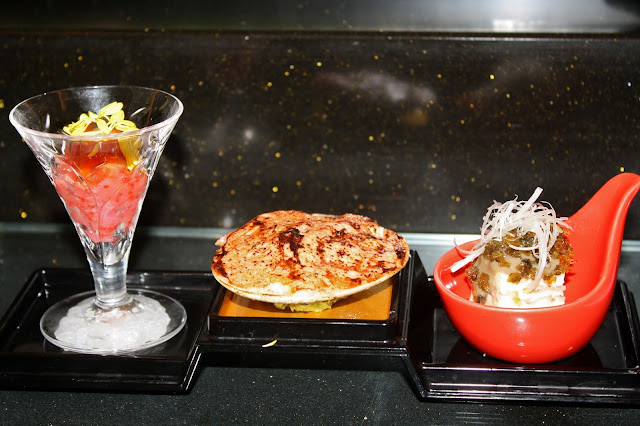 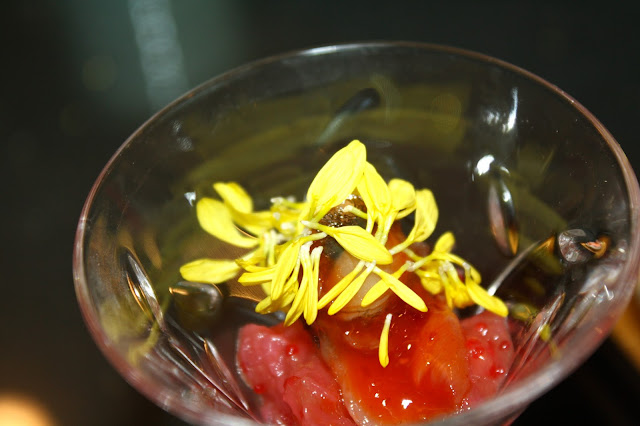 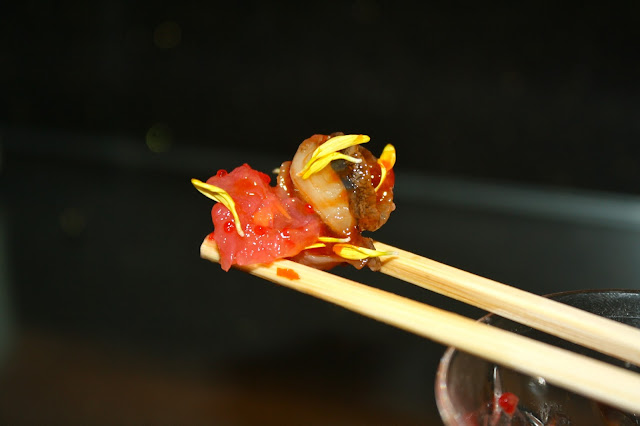 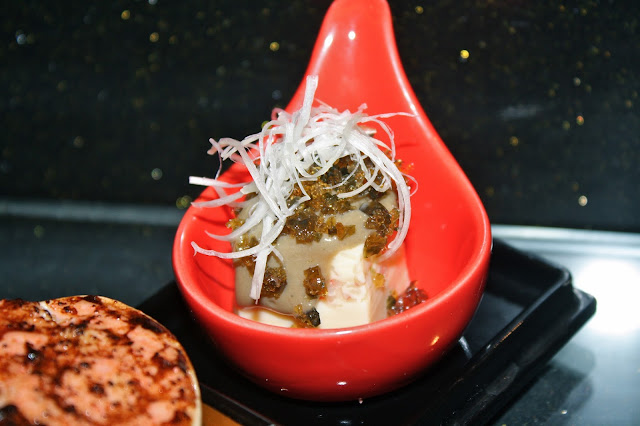 Next we tried set of appetizers: Jellyfish with Top Shell, Salmon in a Shell and Pitan Tofu. Apart from the jellyfish that was a tad too salty for my liking, the salmon topped with cod roe sauce was extremely creamy. The tofu topped with century egg sauce was delectable without an overpowering century egg taste. 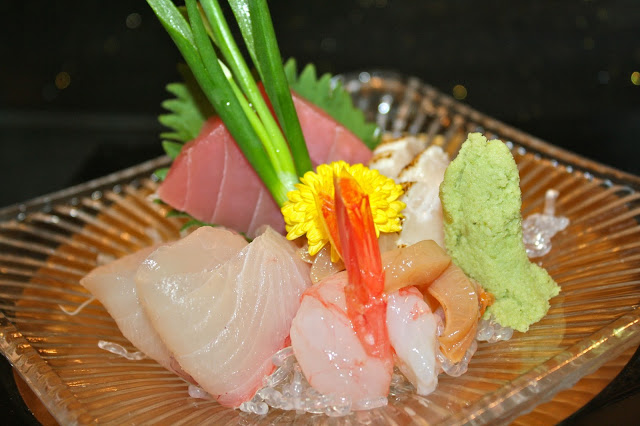 Moving on to what a Japanese chef does best (if not second best) - Assorted Sashimi. As usual, the sashimi is always fresh at Hinoki. We had an assortment of tuna, swordfish, sweet prawn and yellowtail. My favorite was the yellowtail, and the partner enjoyed the swordfish which was torched and had a smoky taste to it. Really, what more could one ask for? 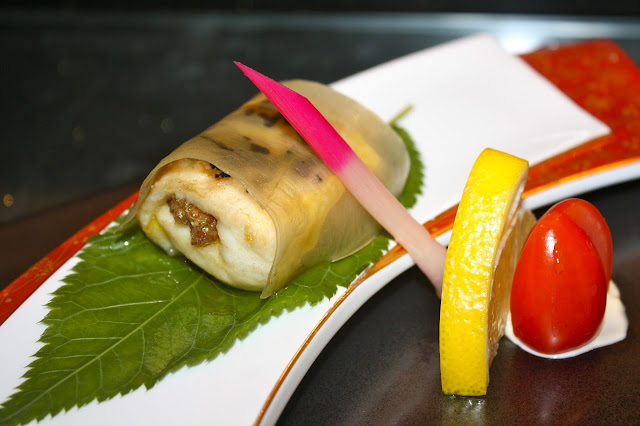 Another dish which i thoroughly enjoyed was the Flounder with Foie Gras. The fish was perfectly moist and seared, wrapped around foie gras served on a sakura leaf. It was topped off with a truffle sauce which was lightly fragrant without overpowering the freshness of the fish. Suprisingly, the leaf tasted like seaweed. 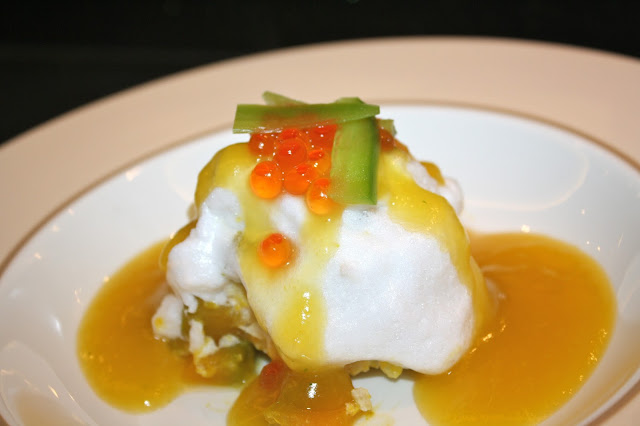 For our main, we were served a very unique dish aptly named 'Pumpkin under Snow'. The dish was made out of combination of minced shrimp and pumpkin (from Japan) covered in egg white doused in pureed pumpkin sauce. The egg white was light and fluffy and the sweetness of the pumpkin paired well with the shrimps. 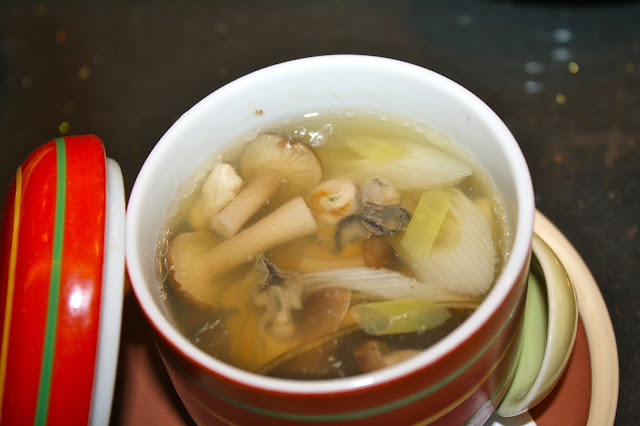 After which was a clear refreshing soup with a lot of different ingredients in it. The Oyster and Swordfish Soup which has been steamed has mushroom, leeks, oysters, swordfish and seaweed. The ingredients were very fresh, which made the soup very flavorful but not too heavy. 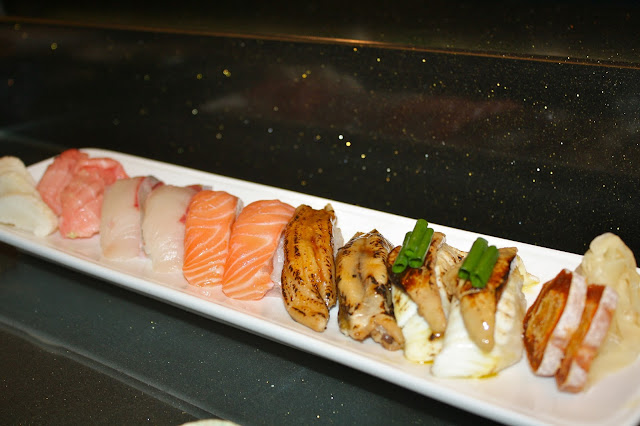 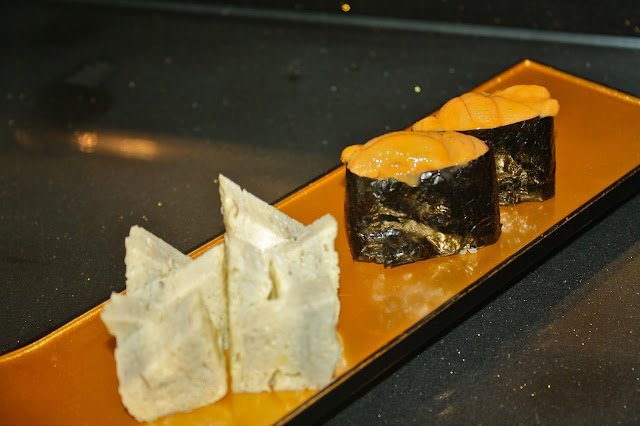 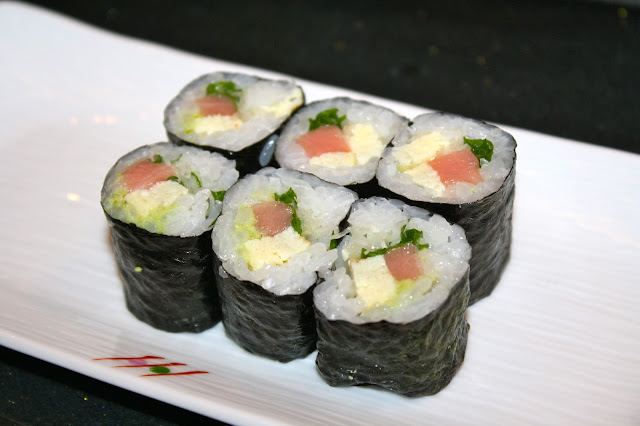 My favorite thing to have at Hinoki is sushi. And still up till date, my favorite is the tuna belly sushi which melts in your mouth, followed by the sea urchin and sea eel, which does not need any dipping sauce at all.

And a maki that you wouldn't get anywhere else, the Santaro Maki which consists of mint leaf, tamago, salmon leek and wasabi had a very unique taste. I liked how the fusion of flavors came together as whole with all the ingredients complimenting each other. 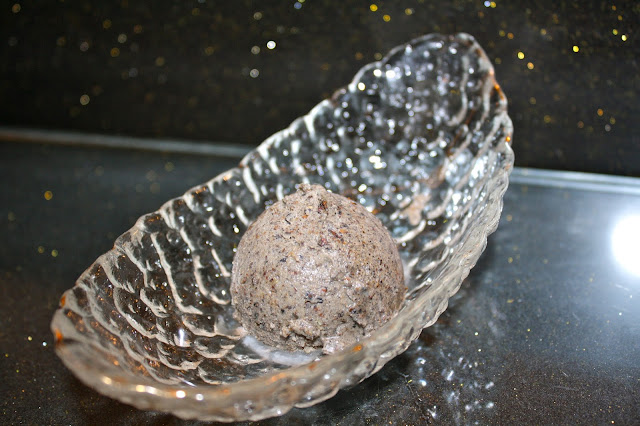 Ending off the meal was a scoop of Black Sesame Ice Cream which is hand-made. As a black sesame lover, you are bound to like it.

Still, Hinoki ranks on the top as one of the places one should go if you want quality Japanese food. As usual, the prices may be a bit steep, but the quality of food justifies the price point. If you happen to not want to opt for Omakase, they also bento sets, which are just as good. And just to add on to all the positive points, the service staff at Hinoki really deserves a thumbs up as well.