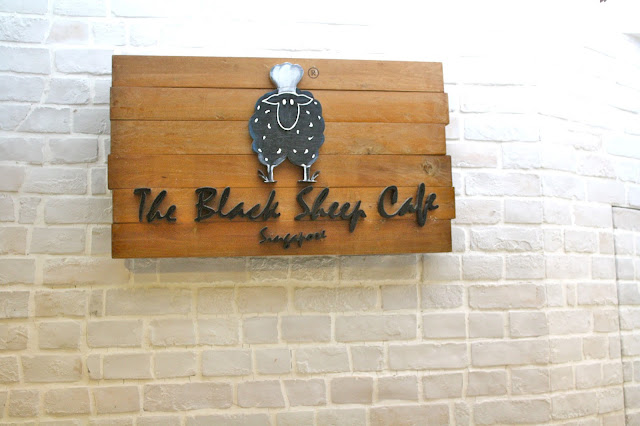 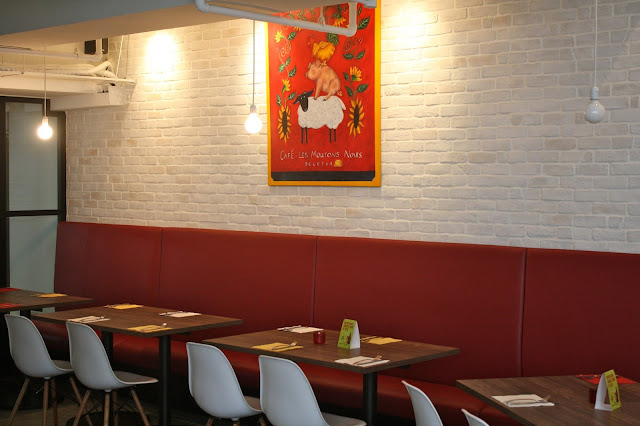 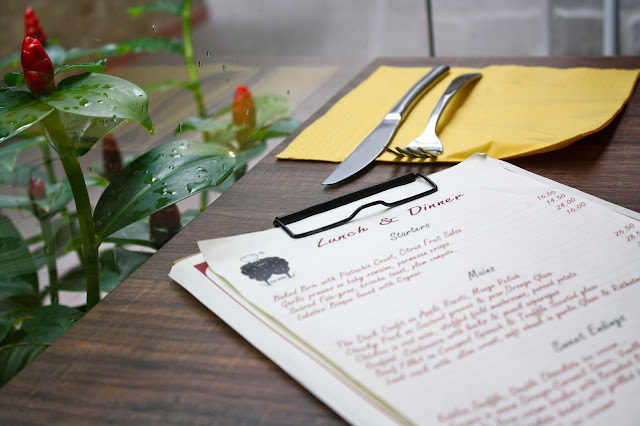 The humble 60 seater cafe at Thomson features minimal artistic elements (except for sheep related art works on the wall), which also means there isn't any dress code or sort to dine there. The idea of the cafe is simple and straightforward - good food, comfortable ambience, and at affordable prices. 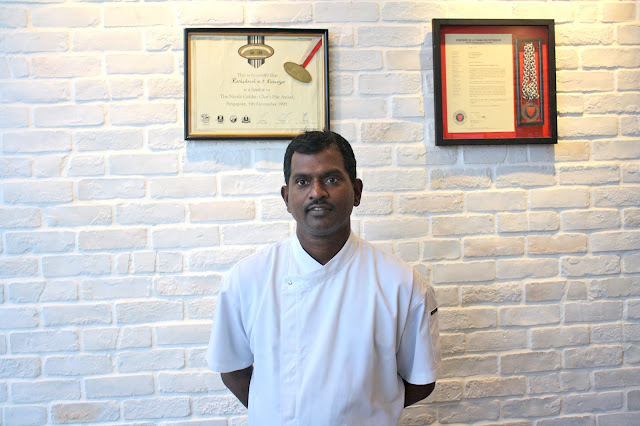 When a chef leaves, the popularity of the restaurant may also leave. Chef Ratha Krishnan, a recognized figure in the local culinary circle, has recently left Masons due to "creative" differences. As we will all know how good food follows where a chef goes, Chef Ratha returns to what he does best at - serving up French cuisine with great finesse. 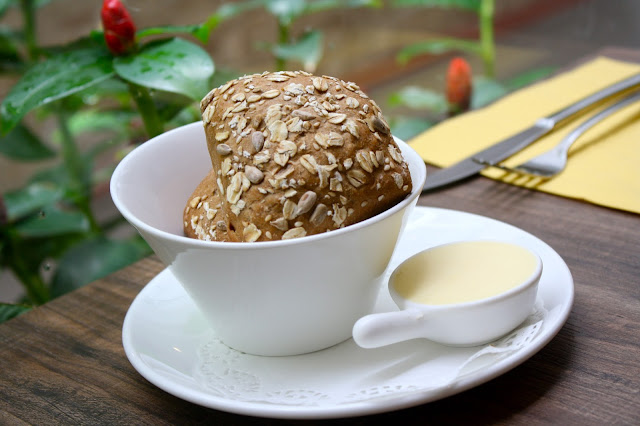 Before the starters could even reach the table, we were served soft, homemade bread. It was served warm, with a crispy outer and soft on the inside. There was a good texture from the nuts and oats, so much so the partner and i shamelessly requested for more. 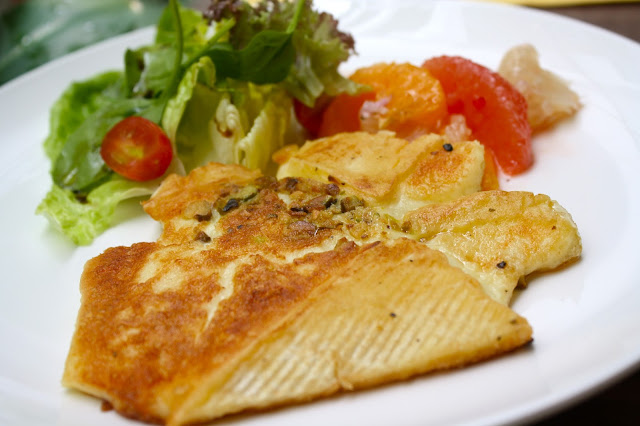 For starters, we had the Baked Brie with Pistachio Crust, served alongside fresh greens tossed in vinaigrette dressing and citrus fruit salsa consisting of orange, grapefruit and pomelo. The baked cheese was molten and flowy, with a crisp golden crust on the outside. The acidity from the fruit salsa accompanied the cheese well and the pistachio nuts gave it good texture. 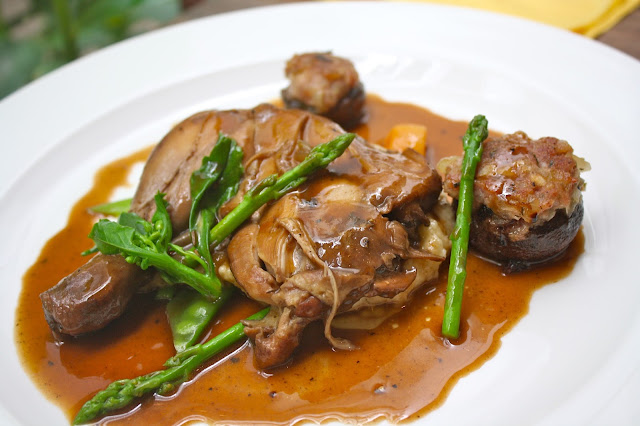 Starting off the mains was the Chicken in Red Wine, also known as Coq au vin in French. The chicken leg was extremely tender and the meat fell off the bone effortlessly. The red wine sauce was flavorful and rich although i would have liked it with a tad more wine. The best part of the dish besides the chicken would have to be the field mushrooms stuffed with meat, which only left me wanting more. 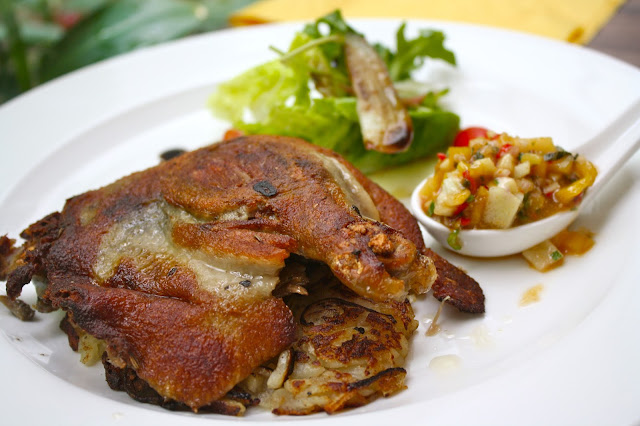 One wouldn't want to leave without trying the chef's signature dish - The Duck Confit. Sitting on apple rosti and mango relish on the side, all you need is cut into the duck to understand why it is ranked as one of the best (if not the best) duck confit in Singapore. The meat was tender and flavorful while the skin remains beautifully crisp. We also picked up bits of apple in the rosti which made it unique apart from your ordinary rosti you get elsewhere. 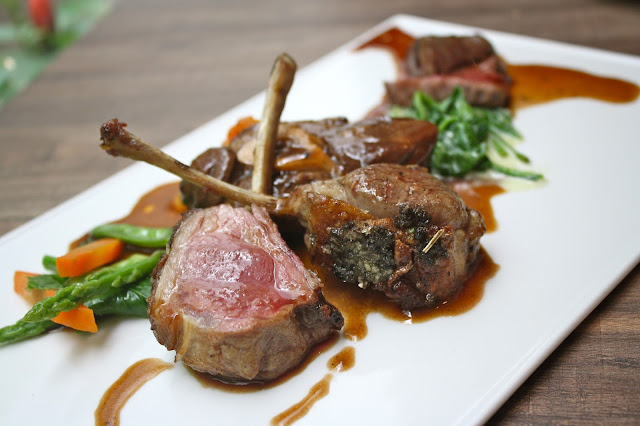 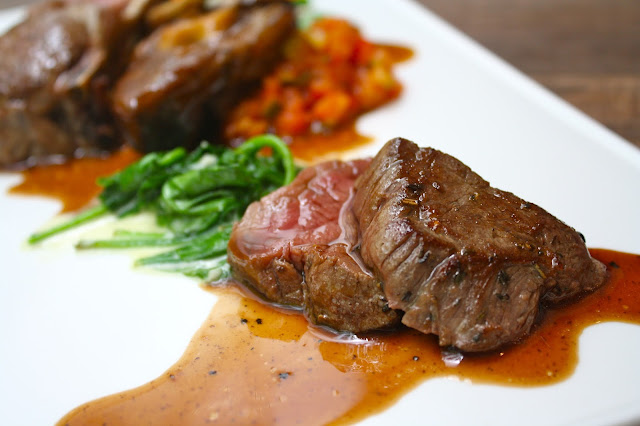 The last main was a combination of two mains - Lamb Rack with Olive Crust and Soft Shank in Garlic Glaze, as well as Beef Fillet. They serve the lamb and beef separately on the menu but i figured since the partner didn't take either, i asked if i could have both on a plate (but not in actual portions) just so i could get best of both worlds.

To begin with, the lamb rack was cooked medium rare, it was well seasoned and the meat was moist and juicy. The lamb shank on the other hand, was soft and literally fell off the bone. I couldn't quite make up my mind which was my favorite after having tried the beef, which was seared medium and accompanied with creamed spinach. The beef had a hint of truffle which i really liked, and the sauce accompanying it pretty much sealed the deal. 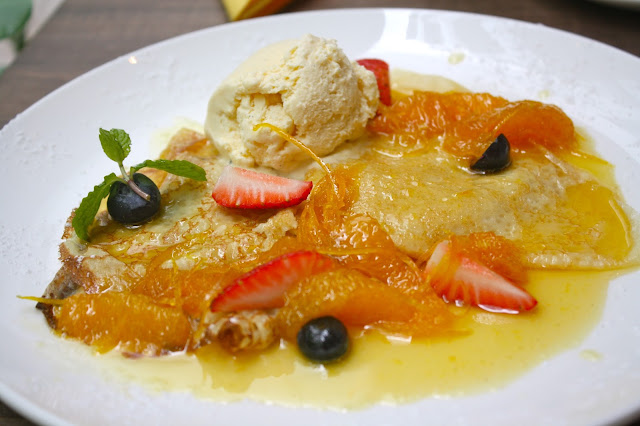 Having tried Chef Ratha's souffle, i figured we should have the Crepe in Warm Orange Caramel Sauce for dessert. The crepes were fluffy and the orange sauce had a tinge of bitterness in it. However, when paired with the ice cream (which had vanilla beans in it), the whole thing came together really well - perfect over a cup of tea or coffee.

Forget about the pretentious restaurants claiming to be helmed by acclaimed international chefs. You don't need to be French to be able to serve up French food with great finesse. And of course, i wouldn't bat an eyelid at the prices, considering the standard of the food. There is also no GST and service charge, in case you were wondering. Like i mentioned earlier - good food, comfortable ambience, and at affordable prices. And just like all good places, seating is limited (especially during weekends), hence it is better to make a reservation to avoid disappointment.