Smacked somewhere in the middle of the row of shophouses at Tan Quee Lan Street is the new kid (or in this case bear) on the block. Big Bear Bistro & Bar is a 30 seater restaurant that serves western cuisine. Its simple and comfy interior makes it an ideal place to hangout with friends over a meal or drinks. 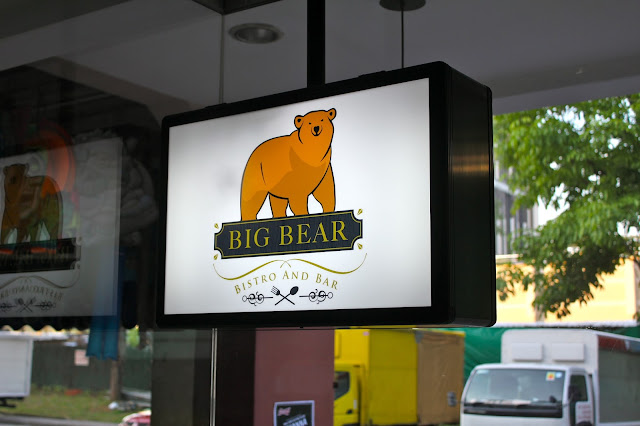 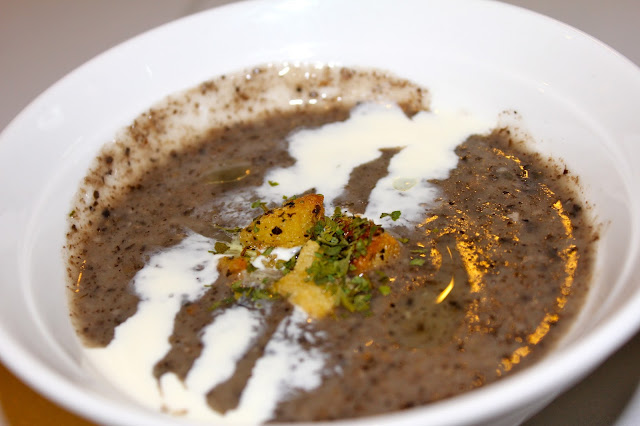 Starting off the meal was the Mushroom Soup, which is pretty common among western restaurants. Honestly, this one fell below par as the consistency of the soup wasn't thick enough and the bits of mushroom in the soup were not traceable due too much blending. 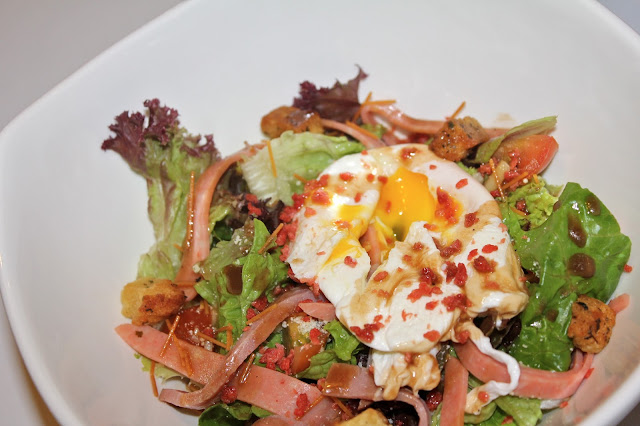 Up next was the Big Bear Salad which consisted of fresh greens topped with sliced ham, croutons and a poached egg tossed in a tangy dressing. It was good, but i wished they substituted the sliced ham with something else to make it different. 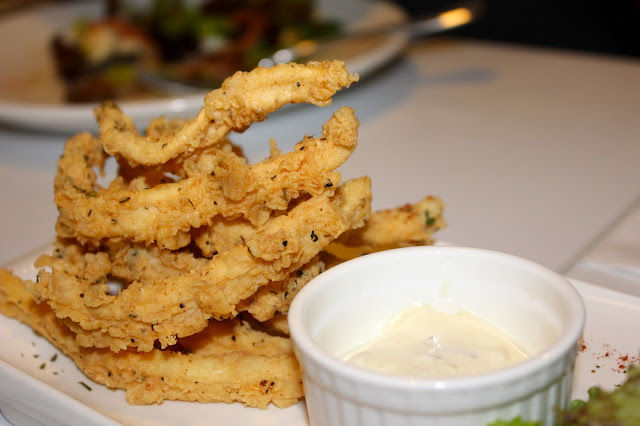 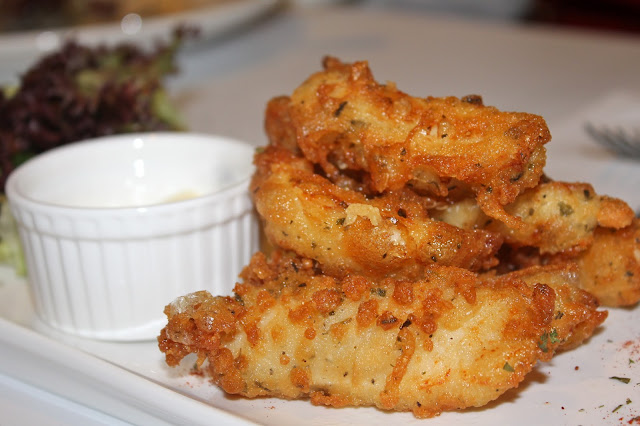 For starters, we had the Calamari Fries and Fish Fingers. The calamari was light, crispy and evenly battered. The only downside was that the calamari wasn't thick enough for my liking, and made it feel as if i was eating more flour than calamari with each bite. The fish on the other hand, was crispy and accompanied the orange mustard sauce dip very well. 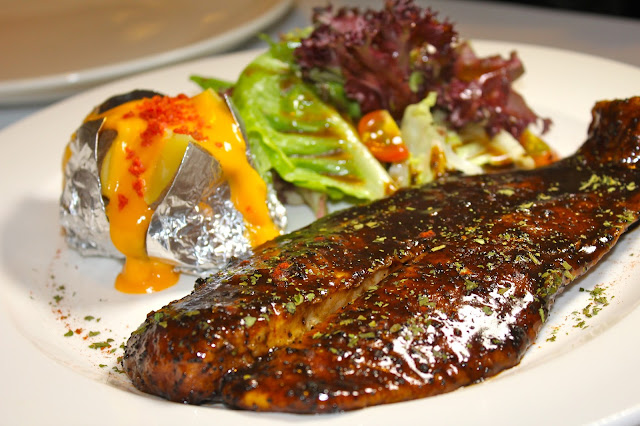 Starting off the entrees was the Black Maiden. This signature dish features a pacific dory coated with black pepper sauce served with fresh greens and a cheese baked potato. I liked the dish because the black pepper wasn't too overpowering, unfortunately the fish was a tad overcooked. 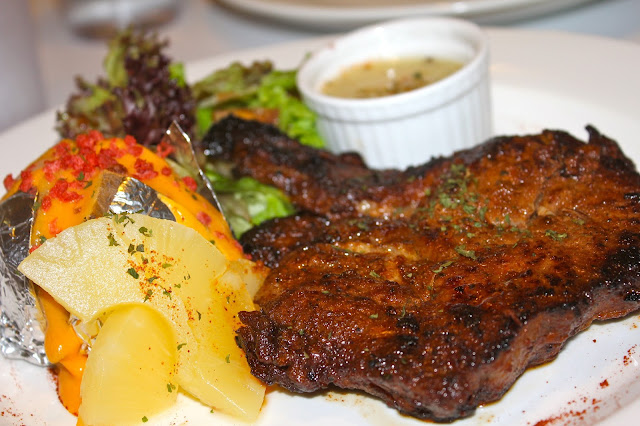 Next was something unique which i really enjoyed - Hawaii Pork. The tender marinated pork collar had a spicy rub on it which complimented the pineapple sauce very well. And just like all the other entrees, it was served with fresh greens and cheese baked potato on the side. 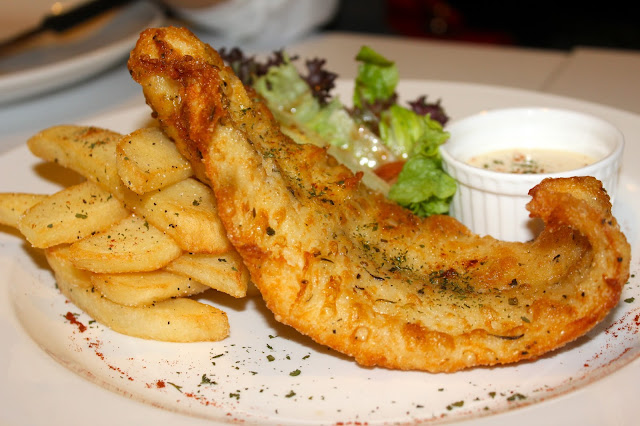 Another dish which i enjoyed was the Bears Love Chips (another term for Fish and Chips). The fish was well battered and served with thick potato strips and fresh greens instead of cheese baked potato. Unlike the Black Maiden, the fish wasn't overcooked on this dish. My recommendation however is to skip this if you are ordering the Fish Fingers because it is pretty much similar and comes with the same orange mustard sauce. 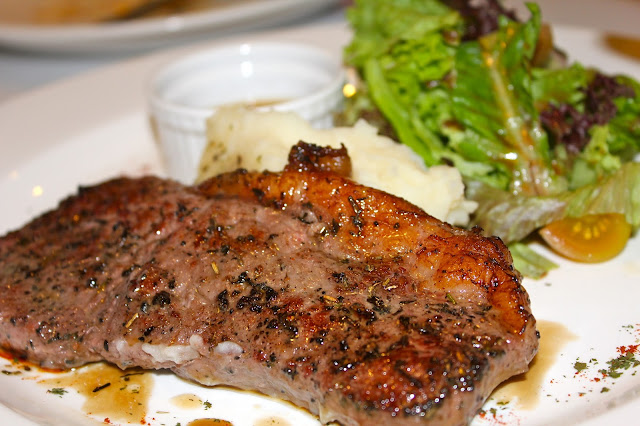 The Meltique Striploin is something i highly recommend. Cooked medium rare and paired with a red wine wholegrain mustard sauce, i enjoyed the dish till the very last bit. And instead of baked potato or potato strips, the striploin sits on a bed of creamy mashed potatoes - a hearty and wholesome entree. 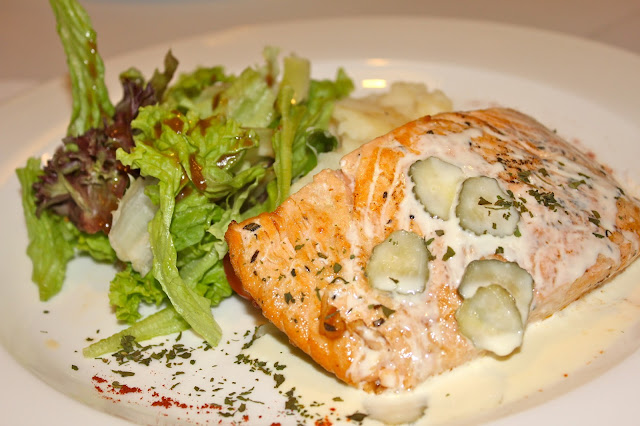 A bit of a disappointment however, was the Norway Salmon, which came overcooked and dry. Served with mash potatoes and topped with a generous amount of cream sauce, it was a pity that the star of the dish was overcooked. 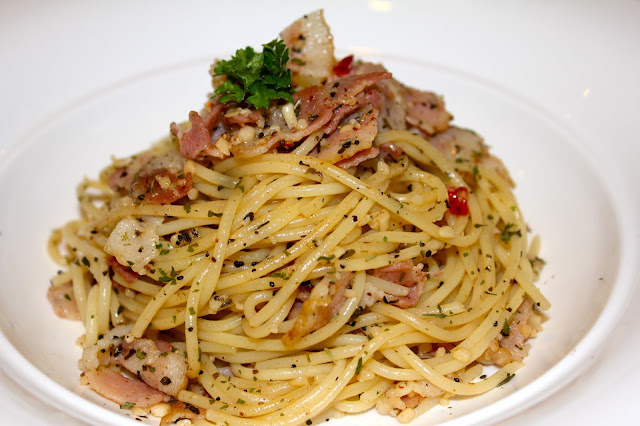 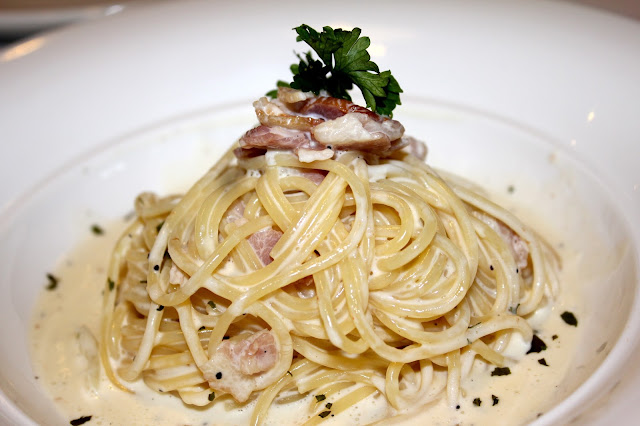 We also tried two pasta dishes - Bacon Aglio Olio and Creamy Cheese Pasta. The aglio olio tasted just like any other ordinary aglio olio. I preferred the creamy cheese which has a sauce made out of three different kinds of cheese (mozzarella, cheddar and parmesan). The sauce was creamy and of the right consistency and the bits of bacon and onions in it gave the whole dish good texture and bite. 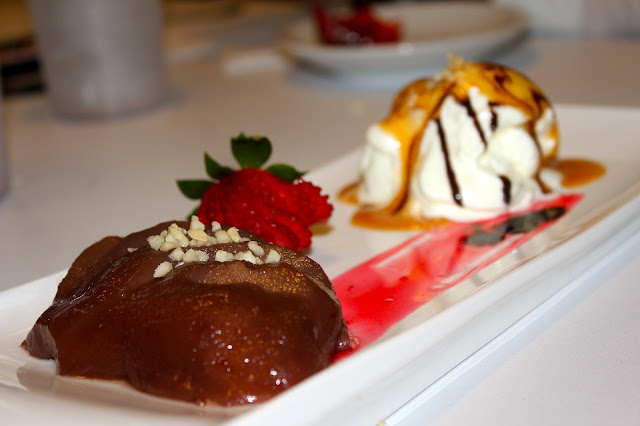 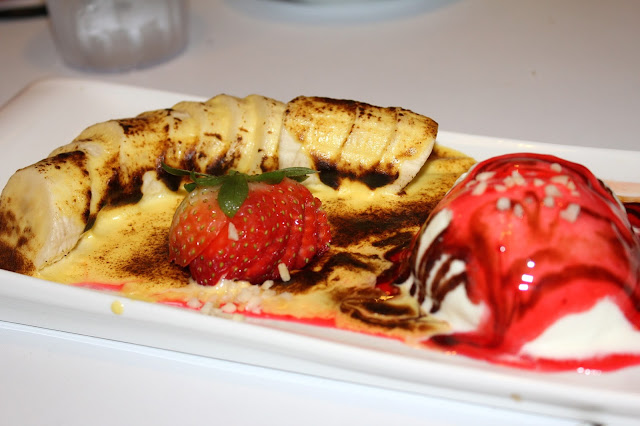 Ending off the meal was desserts. We had the Red Wine Poached Bear which is a pear boiled in red wine for 12 hours and poached for another few days before being served. The end result is a soft and wine infused pear sliced up and served with ice cream. The other dessert was the Banana Sabayon which features a torched banana with egg sauce and caramel served with ice cream. I honestly couldn't decide which was better.

Consider this the most extensive review of Big Bear Bistro & Bar you will ever find online. Having tried at least half of the menu (or even more), there are some dishes that are worth the miss and some that are worth the wait. And if you still don't get which dishes i like and disliked, you will just have to read the whole review again.