One of the most impressive buffets in Bangkok has to be Red Oven at Sofitel So Bangkok. This restaurant is aptly named 'Red Oven' for the same reason - the restaurant features a red-coloured oven, but the fun fact about it is that it is the biggest one in South-East Asia. 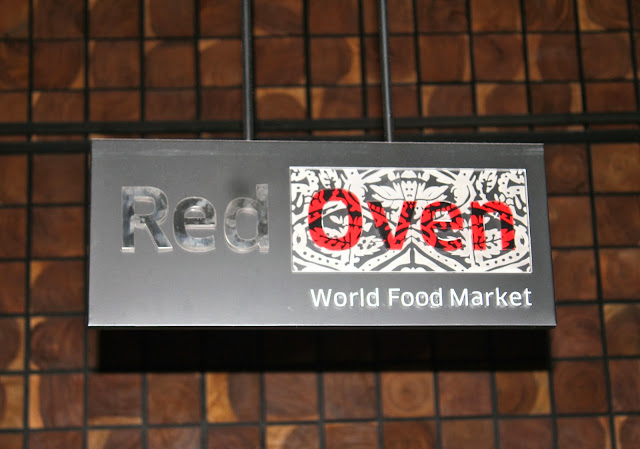 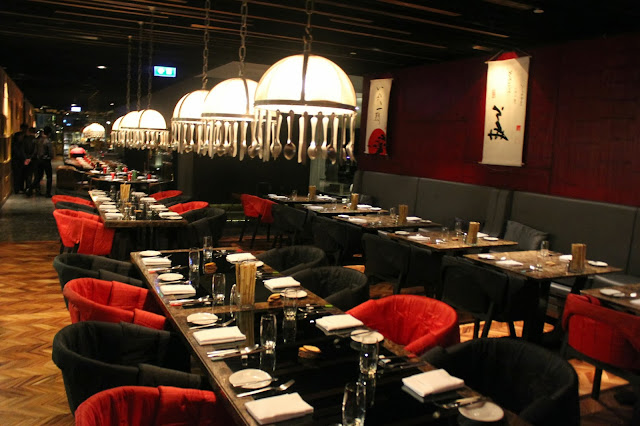 Most of the food are prepared with the huge oven. While the concept is paramount, the buffet spread is gargantuan. You will be so spoilt for choices like us, having tried various seafood, meat, dairy products, salads and desserts. The cuisines satisfy a wide audience but also has a tinge of local flavor. 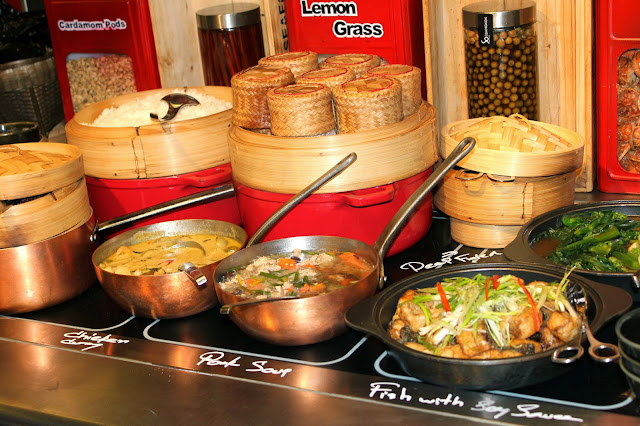 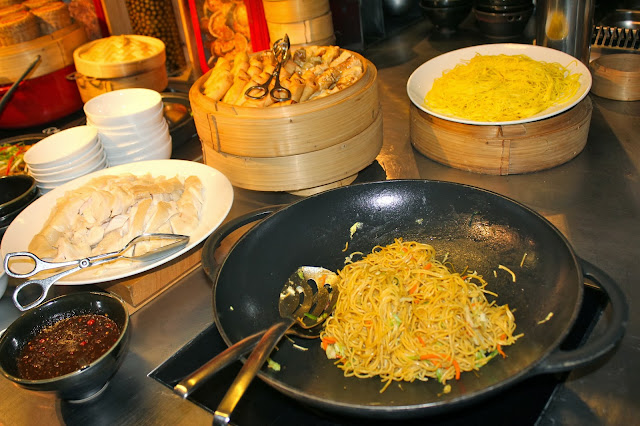 Starting off the buffet we had the Asian cuisine. The variety will shock you - from fried noodles to rice, from dim sum to gyoza. If you are feeling soupy, there are several delicious stews to your likings. 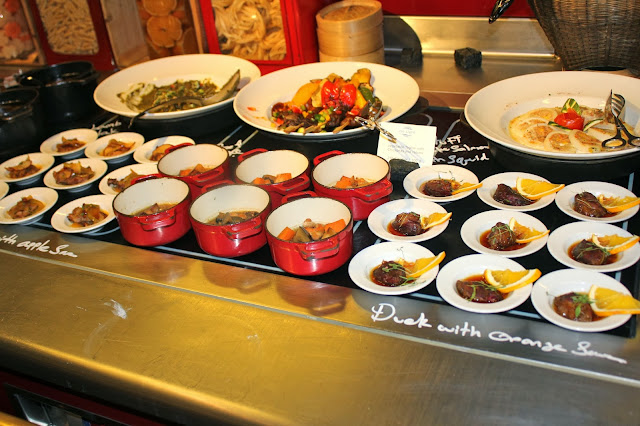 On the other spectrum of the red oven we have the local cuisines with a twist of French - duck with orange sauce to chicken with apple sauce, these bland meats taste flavorful and fresh without being overly dramatic. 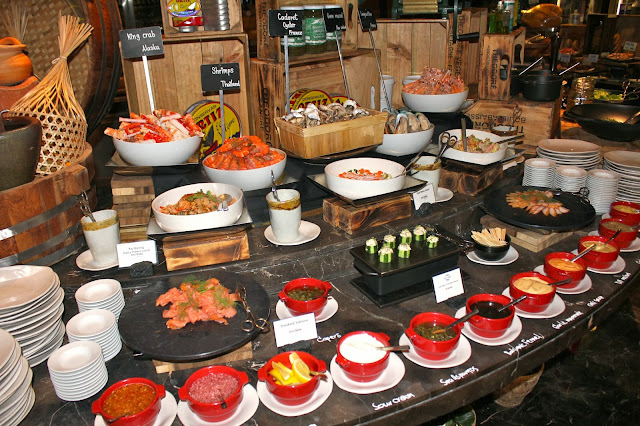 If you are a seafood lover like me, you'll be down on your knees for these. Alaskan king crabs, chilled prawns, freshly shucked oysters, along with fresh greens and various salad dressings for your tastebuds. They are so fresh you'll be going back for more! 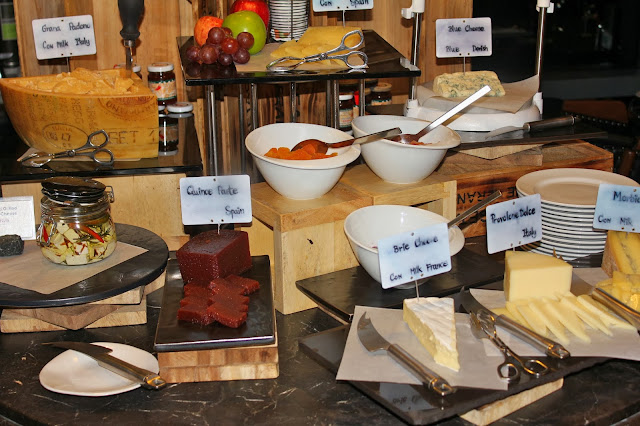 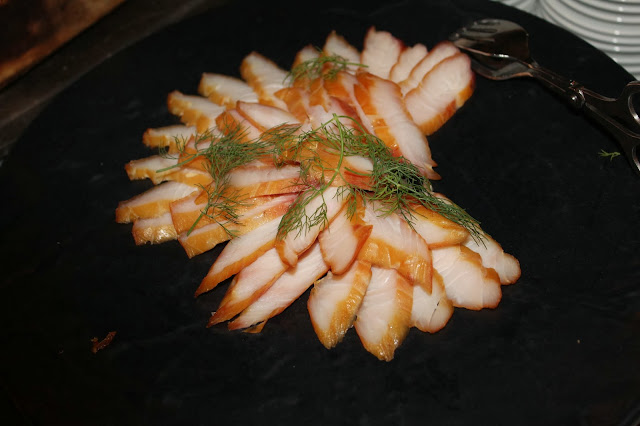 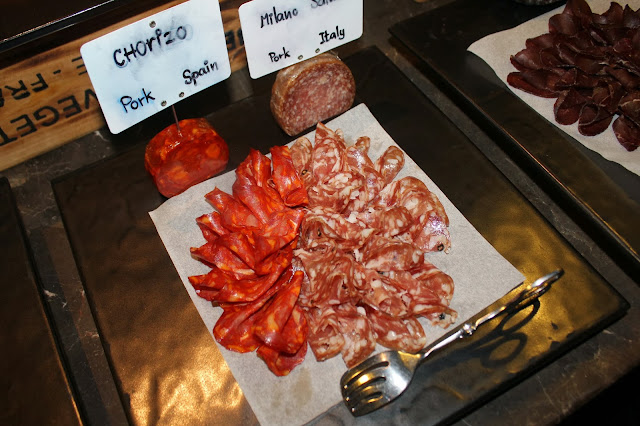 They also feature an array of cold cuts from Europe from smoked ham to chorizo, as well as salami. Also, there is a wide selection of cheese to choose from, which i found quite impressive since i am a big fan of cheese. 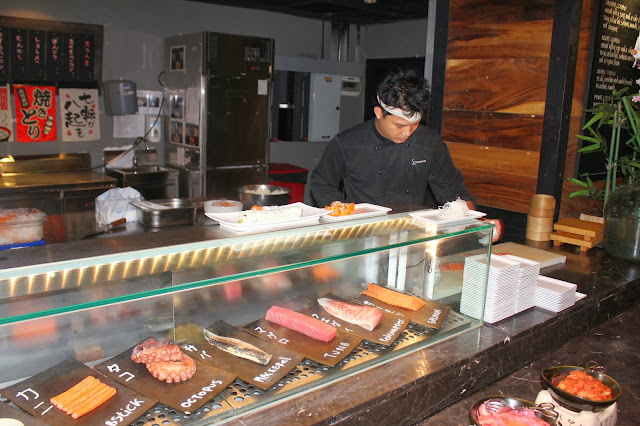 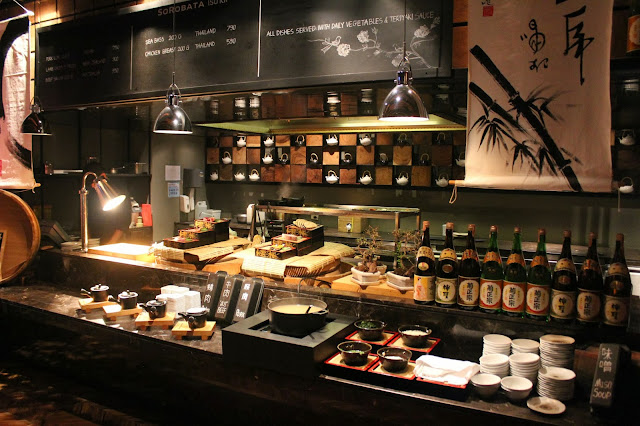 For those who need your sashimi fix, fret not because Red Oven has a fresh sashimi station stocked up with the freshest cuts from the common salmon belly to the uncommon mackerel. They also have a Japanese barbecue station which does meat very well. I really enjoyed the beef, which was done medium and served with a teriyaki soy glaze. 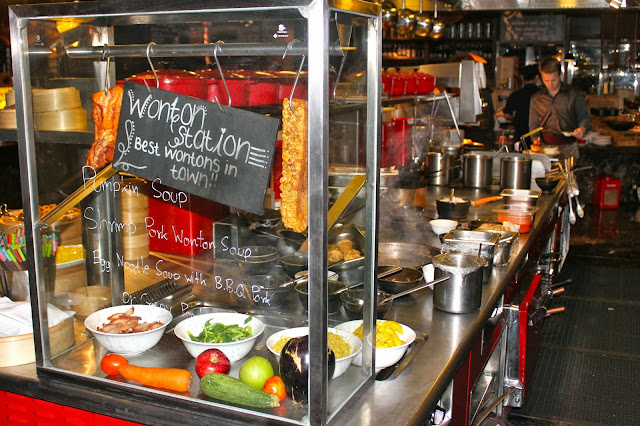 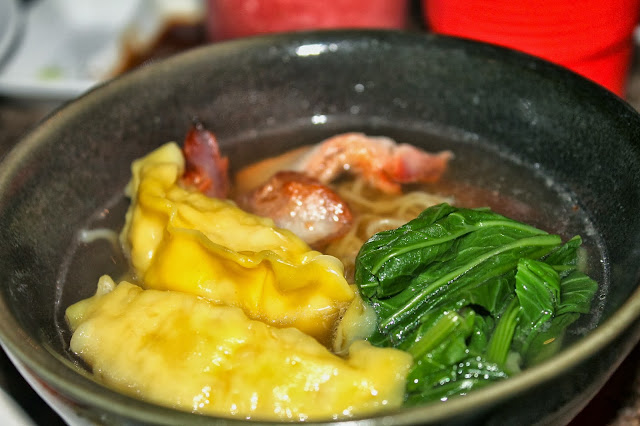 Their specialty however, is their dumpling noodles, which they claim to be the "best in town". Quite honestly, the noodles were not much to shout about but the dumplings were generously filled with prawns and pork and the soup broth was pretty flavorful. 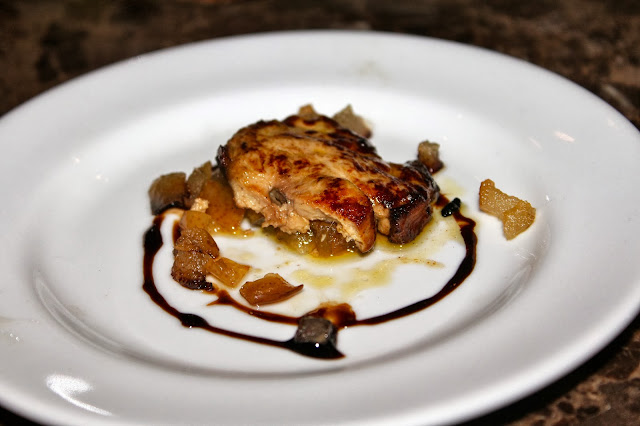 My favorite part of Red Oven will have to be the unlimited flow of foie gras, which i downed three plates all by myself. A perfectly seared foie gras really needs no explanation. 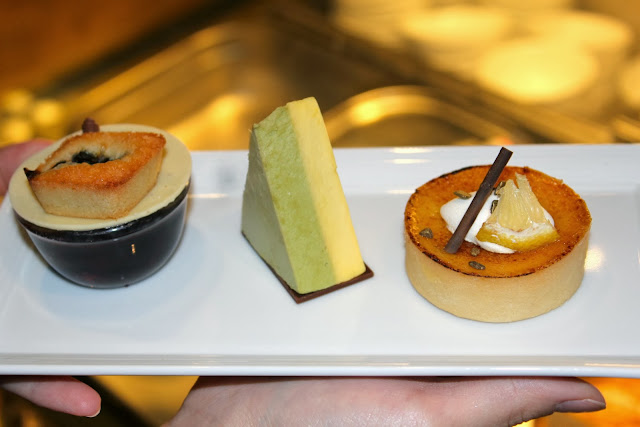 I was also taken aback by their selection of desserts, which features patisserie like lemon tart, cheesecake, bread pudding, molten lava cake, as well as different ice-creams with a cold stone for you to choose your mix-in. And yes, like how i always tell my friends - always save space for dessert.


I haven't been to much buffets in Bangkok, but for now this one tops my list as one of the best (if not the best) buffets in the city. It is almost perfect, and there is bound to be something for everyone. And if i may add once more - unlimited plates of foie gras, which is pretty much self-explanatory.