That time for the year is back, again. Halloween Horror Nights - the much anticipated event at Universal Studios Singapore is back for the third time this year. Expect better and more in-depth scare zones and haunted houses this year with new additions such as Monster Rock participating in this fright-fest. 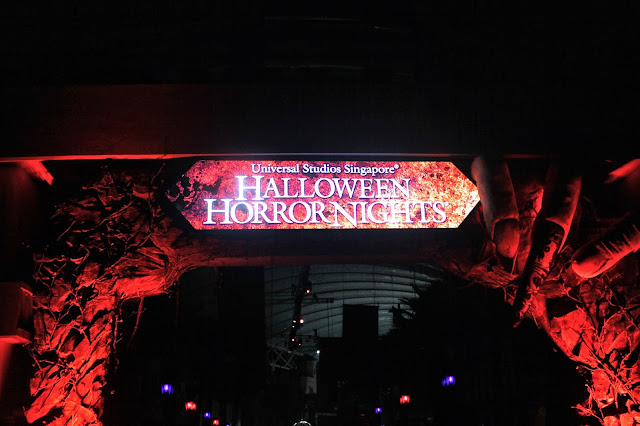 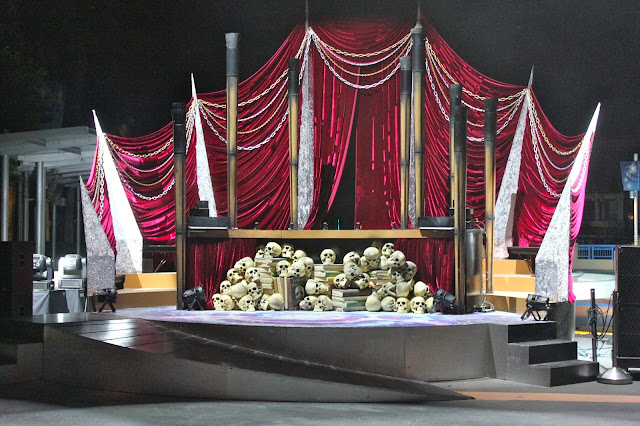 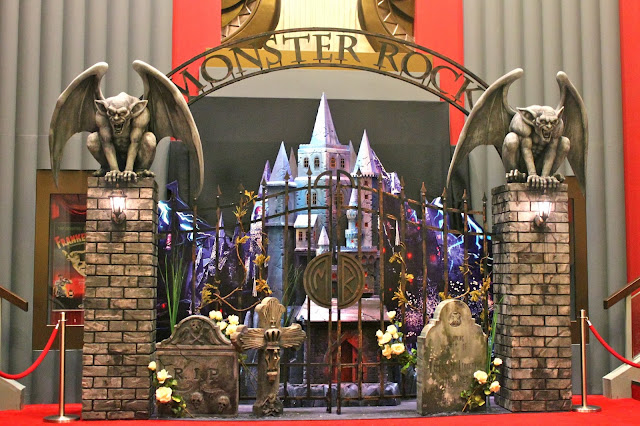 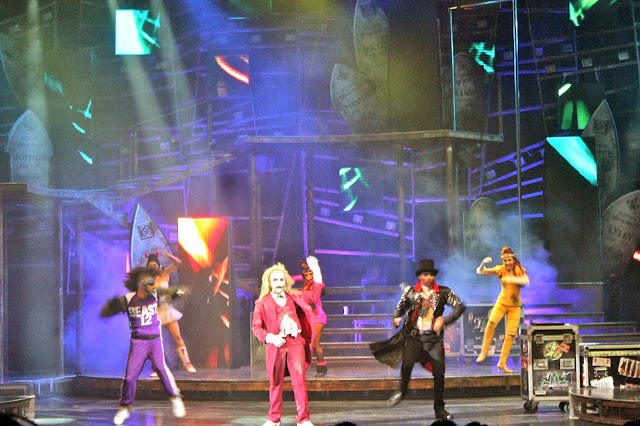 An addition to Halloween Horror Nights 3 this year is Monster Rock, where performers dress up as Halloween characters and perform top hits. Funny, and not scary at all, i reckon kids will enjoy this and the adults can give it a miss. 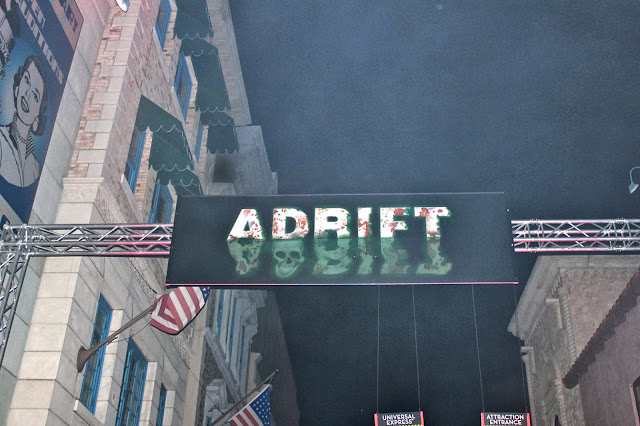 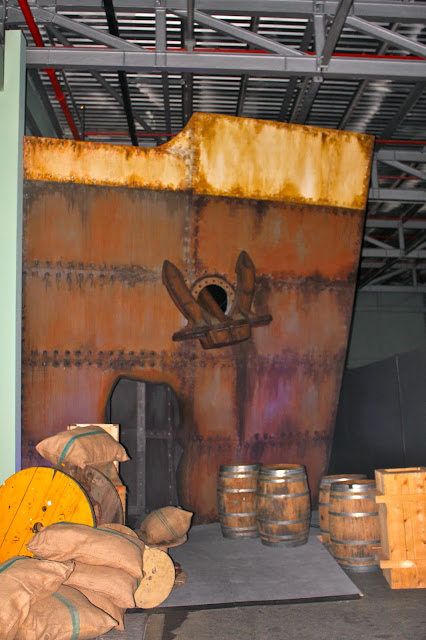 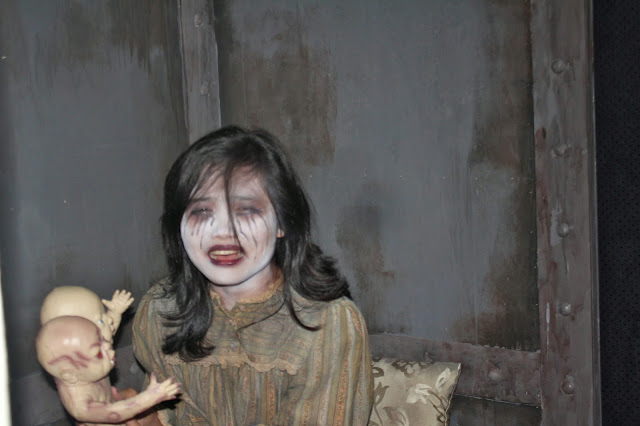 The first haunted house, Adrift, is about a storm-battered ship found adrift after mysteriously lost at sea since 1910. A walk through the ship brings you through areas you will find onboard a ship. In my opinion, the scariest out of all three houses, and also my favorite. 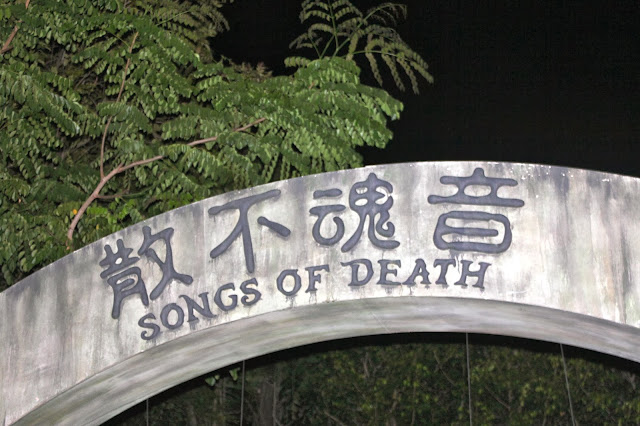 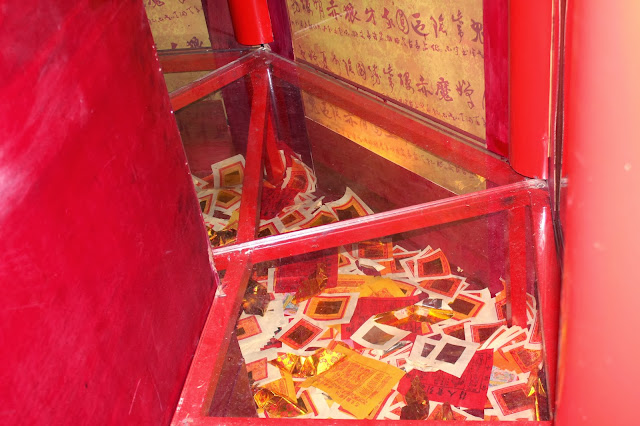 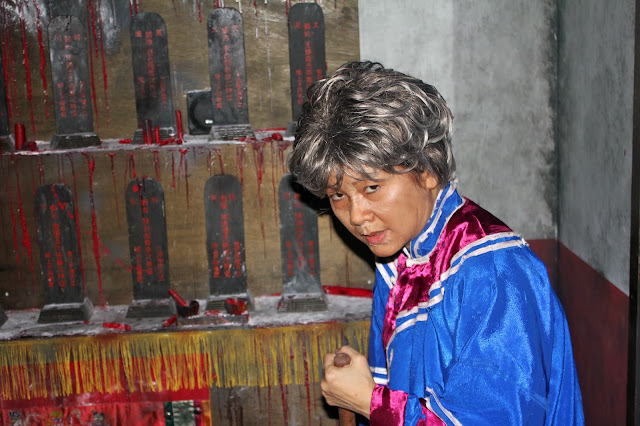 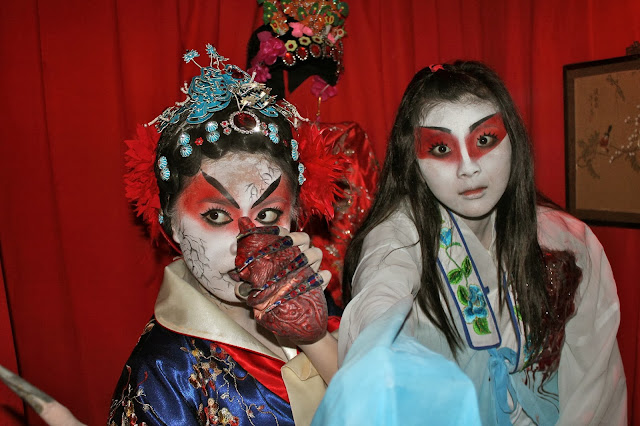 The second haunted house and the least favorite of mine is Songs of Death, which is a chinese-themed. The whole outdoor setting made the place look less scary, and i reckon chinese ghosts don't really give off a frightening vibe. 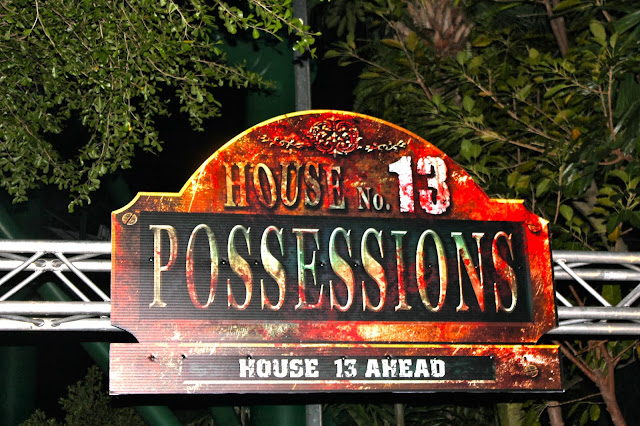 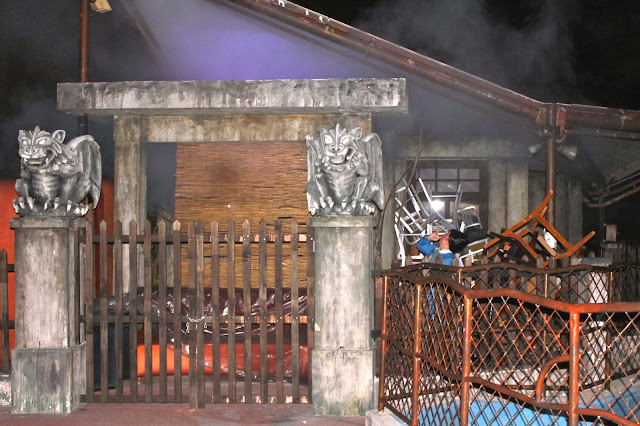 The last haunted house (literally, a house) is Possessions - a house for sale imprisoned by evil spirits. Honestly, i like the plot of this house as much as Adrift, but i felt Adrift looked like there was a lot more effort put into it. Nevertheless, you should go straight to this after Adrift. 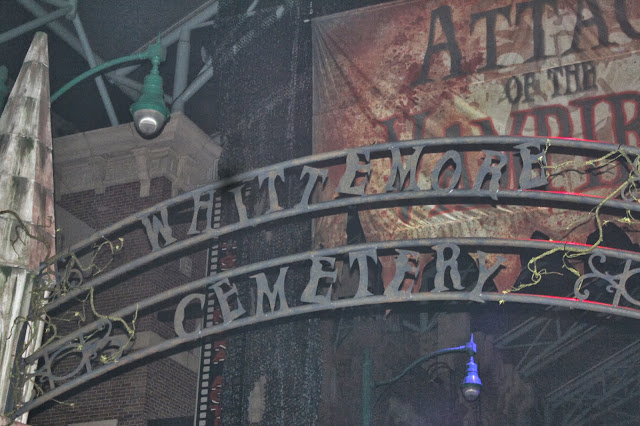 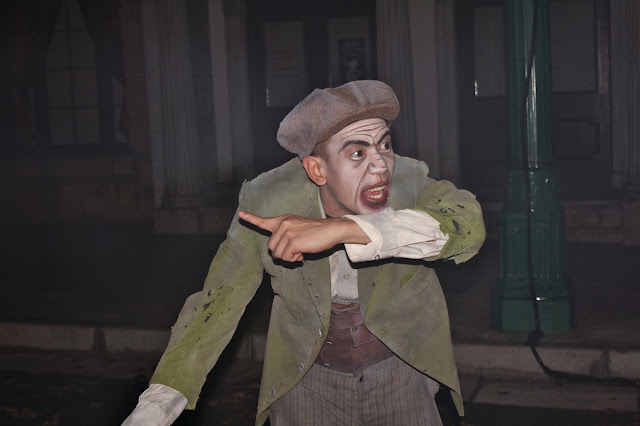 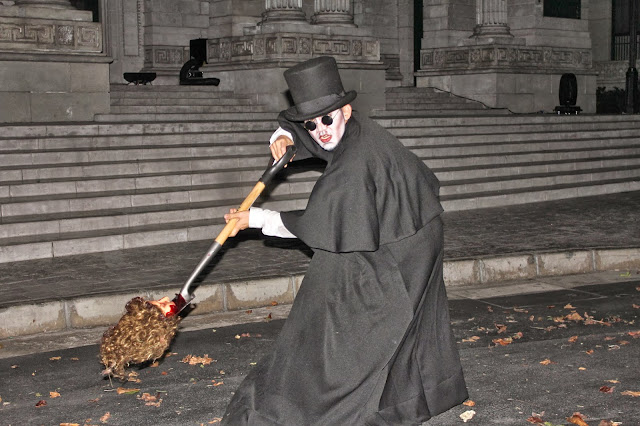 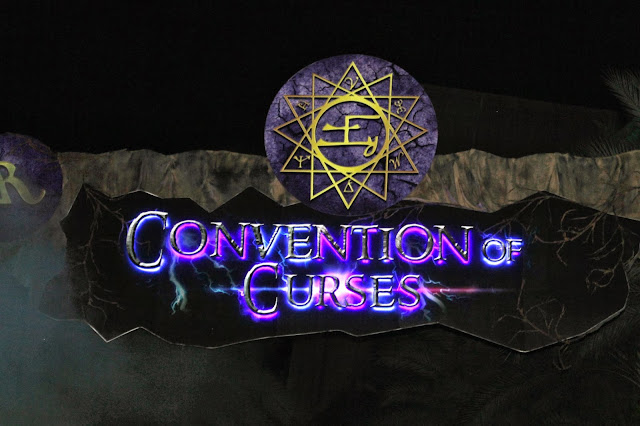 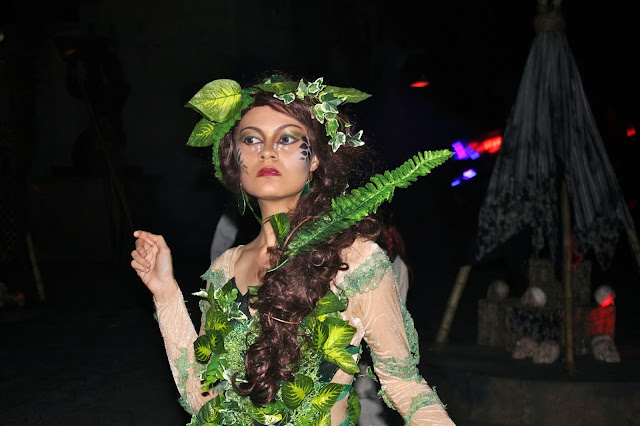 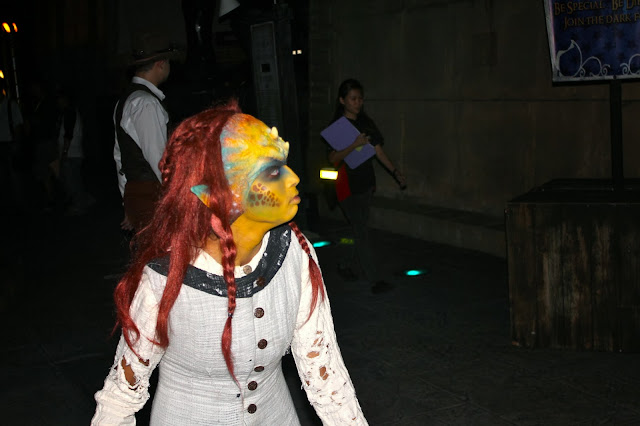 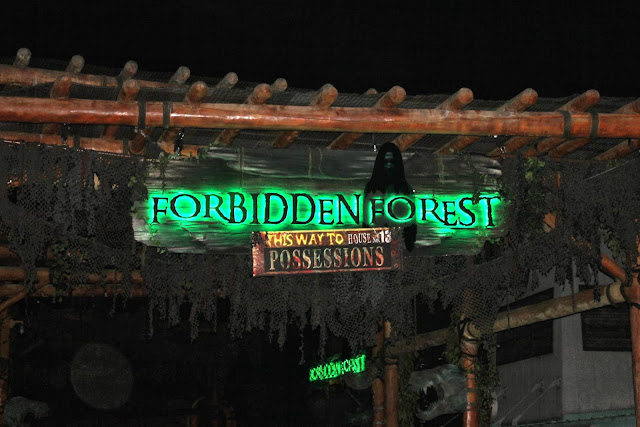 Convention of Curses is the least scary of the scare zones in my opinion. The scare actors seemed more magical and the whole zone has a lot of with craft and wizardry going on. My favorite of the scare zones is Forbidden Forest (on the way to Possessions). The dark forest is bound to scare you with scare actors lurking in the dark and camouflaging themselves in bushes.

With three haunted houses and three scare zones, be prepared that the park is probably going to overcrowded, if not very very packed. Some rides will also be in operation apart from the haunted houses, in any case you were wondering.

The park opens from 7pm till 1am, which gives you ample time to explore all the haunted houses, as well as some rides. Tickets are priced at SGD 68 for ordinary entry, or you have the option to top up to get an express pass, which i highly recommend given the queue at Halloween Horror Nights 2 last year.

It runs for 4 weekends from Friday, 11 October 2013 so there is ample chance for you to catch this annual attraction. More information can be found on their website www.halloweenhorrornights.com.sg and word of caution for those who are asthmatic, please remember your inhaler.