On top of my list of favorite tapas places in Singapore as of now is East 8. The Singapore meets New York City concept restaurant snugged in the corner of Grand Park City Hall is a hidden gem. 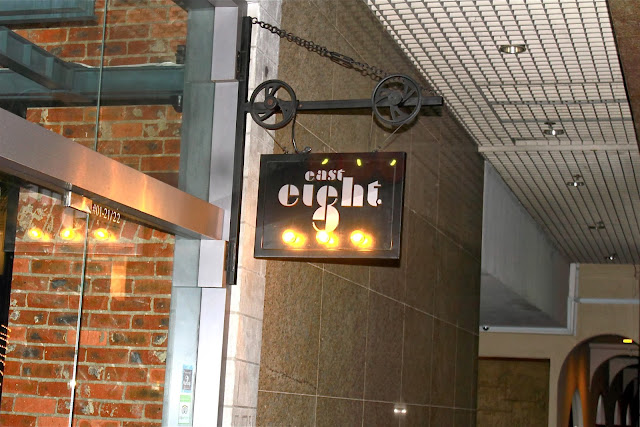 The 50 seater restaurant builds a bridge from New York City to Singapore with their Asian Fusion cuisine. The "East meets West" inspired culinary experience takes Asian dining to the next level with a modern twist. 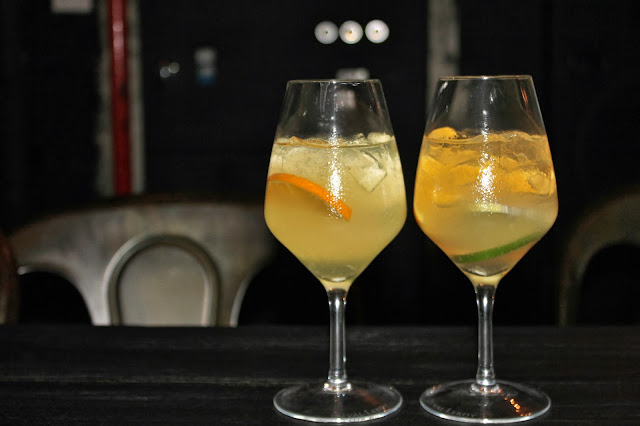 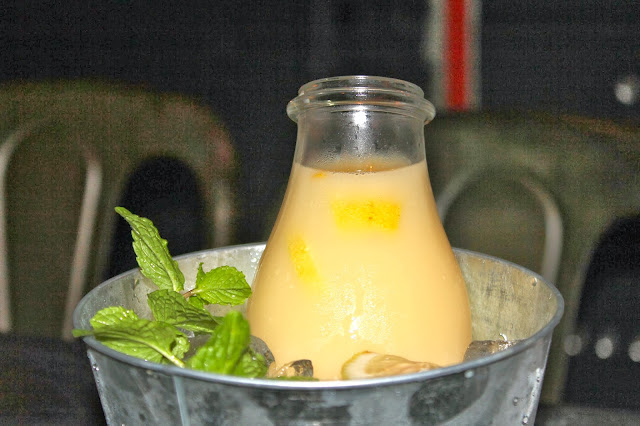 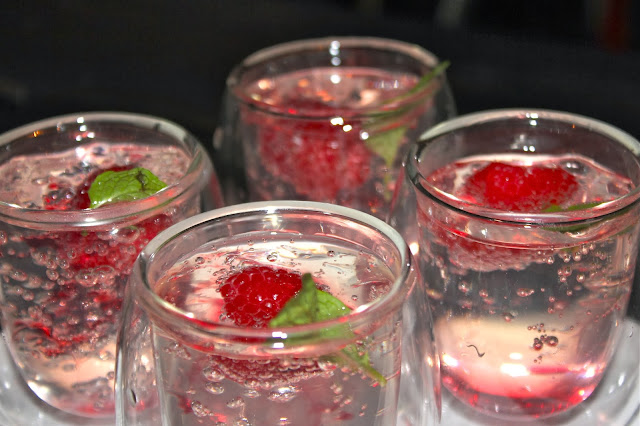 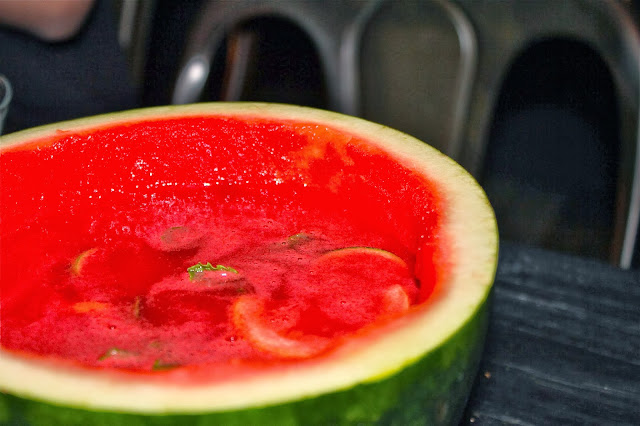 Featuring an extensive menu of cocktails, East 8 has some pretty interesting ones you wouldn't want to miss out on. Our favorite was the K-Town (Watermelon Soju) that came served in half a melon, literally. Another that we couldn't stop at just one was the East Village, which is sparkling jelly sake with fresh raspberry and highly addictive. 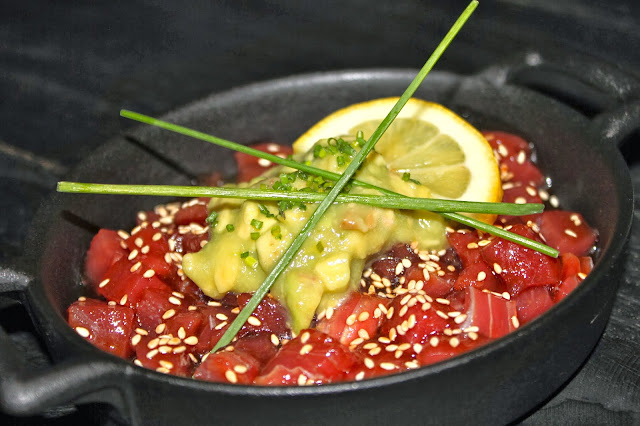 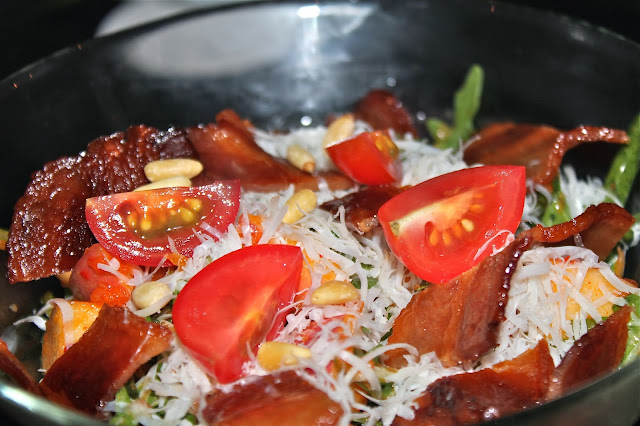 We started off with the Yellowfin Tuna Chunks, topped with lemon avocado - the dish was so good we dived in for another portion. The fresh tuna chunks seasoned with what seemed to be fragrant sesame oil is something you must order. The Kimchi Fuji Apple Salad was also a pretty good change as compared to normal salads, topped with a generous amount of bacon. The only downside was that the bacon bits weren't crispy enough. 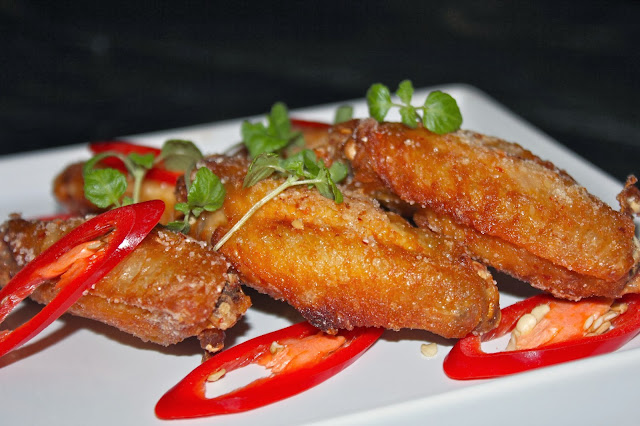 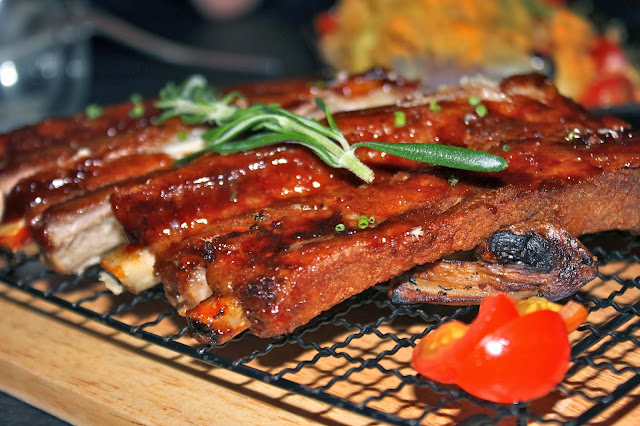 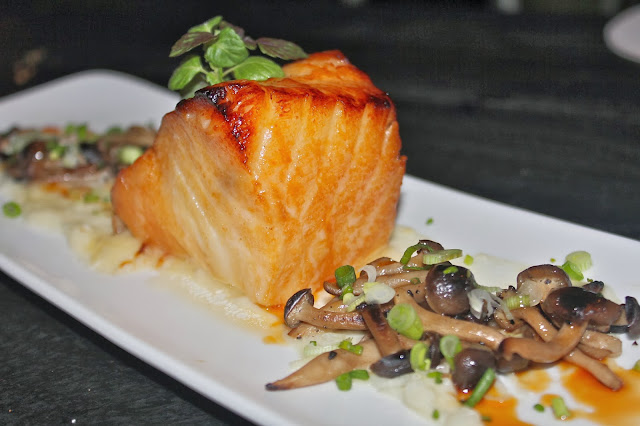 One of the must try dishes in my opinion is the Baked Sweet Paprika Pork Ribs which was so tender they fell off the bone easily. Also, the Marinated Chilean Seabass which was cooked in miso and wine and served with buttered mushrooms on the side. Last but not least, the Spiced Mid Joint Wings tossed in chili, lime and lemongrass, which were of the right spiciness and reminded me of Thai cuisine. 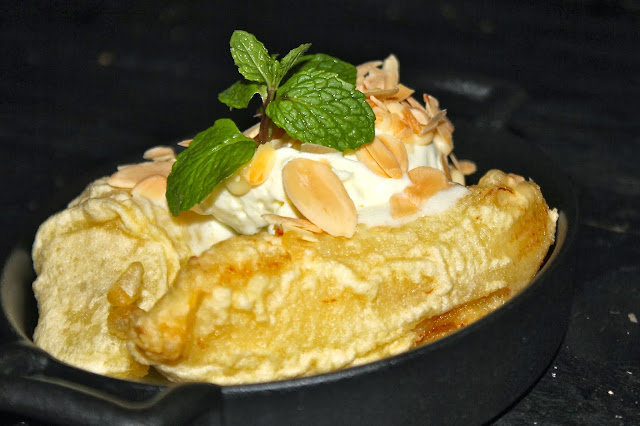 To sum it all up, East 8 is a place that i will come back to again and again and again if the food standard and quality remains. I like the fact that the place is quiet (perfect for chilling out) and the food they serve are not the mainstream tapas you get elsewhere.