After all the popularity in Japan, and then Bangkok, Chabuton is now bringing to us their traditional Japanese-style ramen with ingredients imported from Japan. The ramen chain currently have three outlets island-wide in Singapore - 313@Somerset, Tampines 1 and The Star Vista. 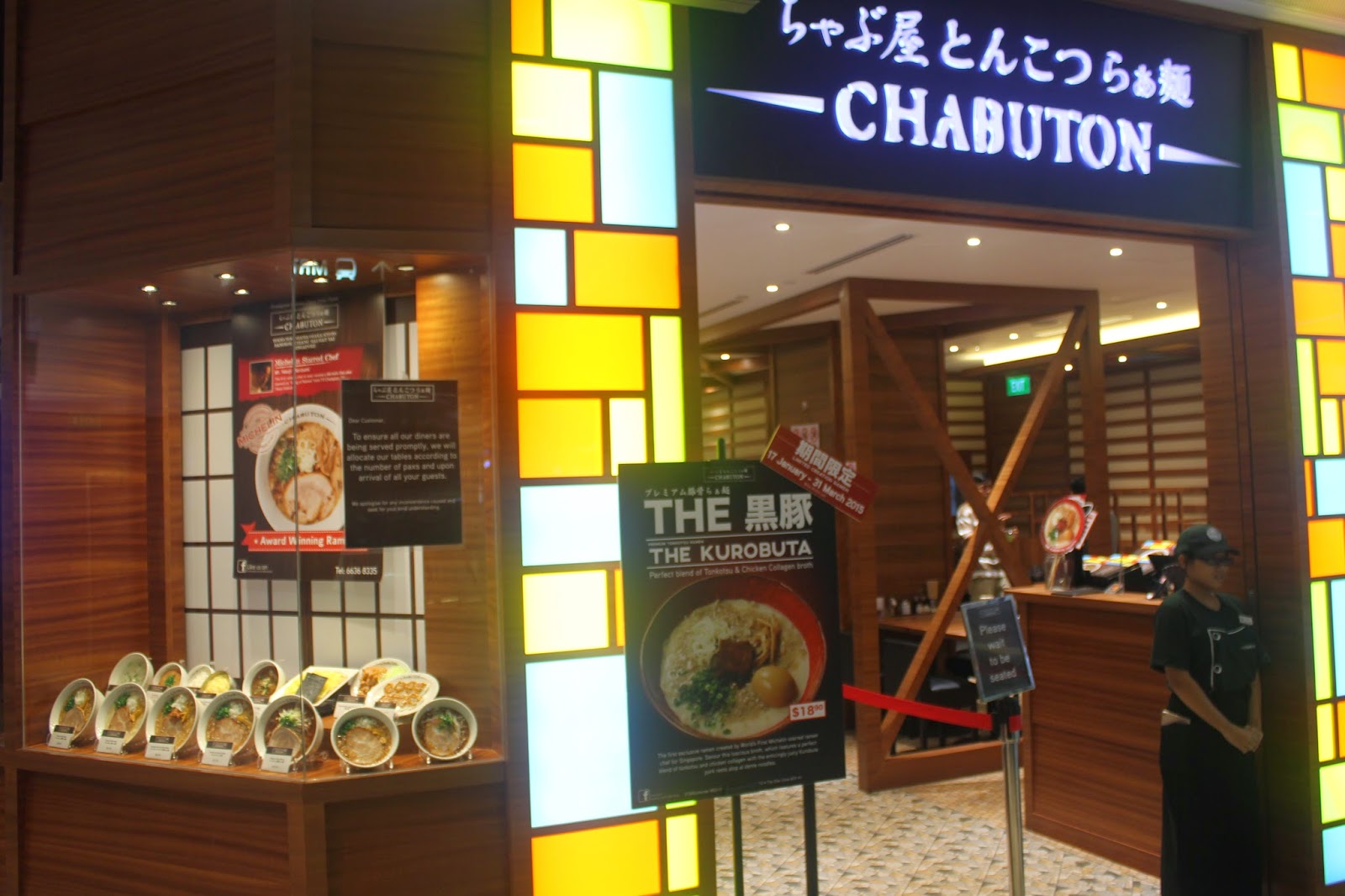 Boasting their first exclusive ramen dish created by world's first Michelin-starred ramen chef, Chabuton presents the Premium Tonkotsu Ramen for a limited time only, from 17 January - 31 March 2015. With its recipe from Chef Yasuji Morizumi, we were expecting a bowl of ramen that lived up to its expectations - unfortunately it did not. 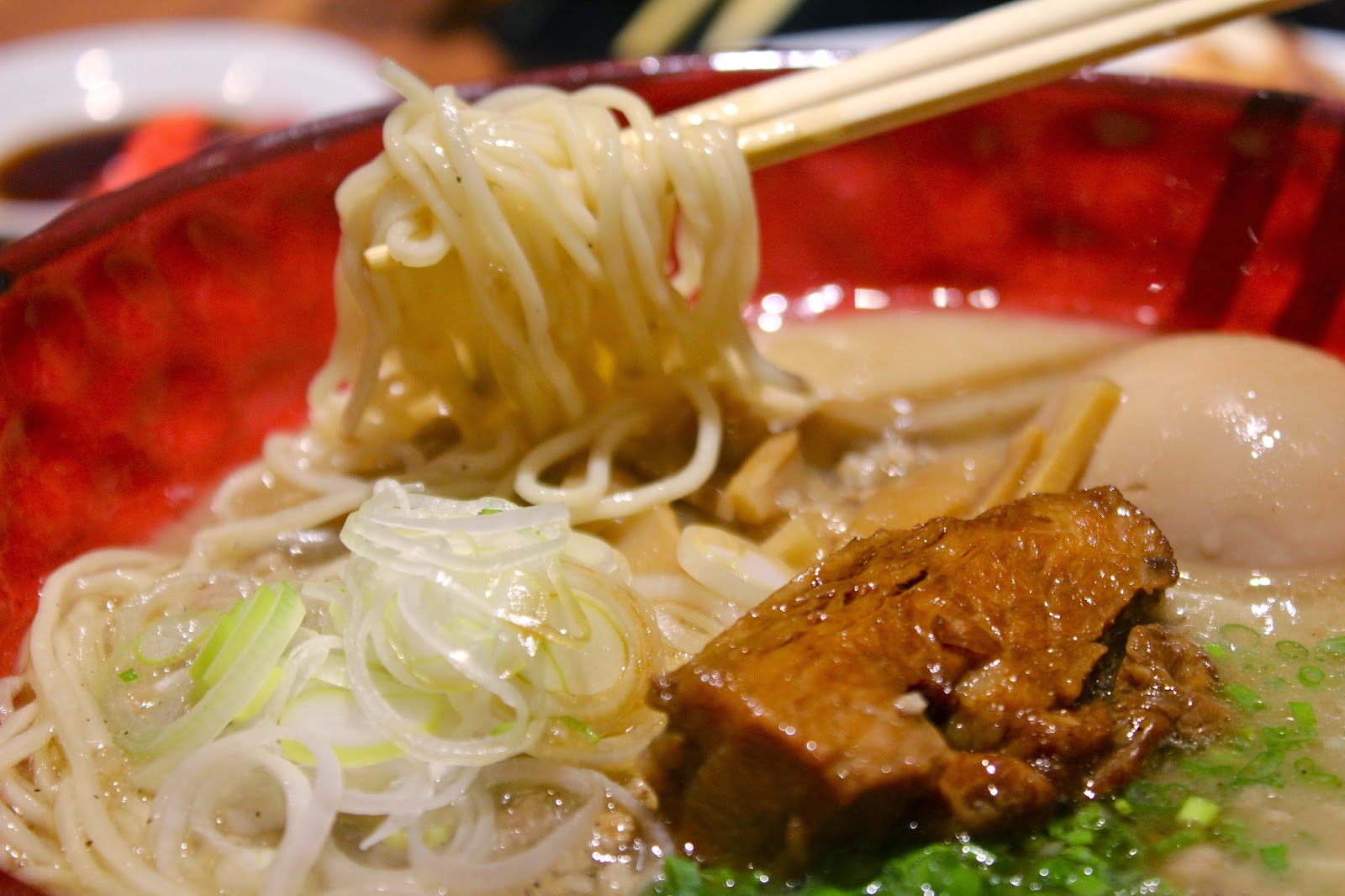 The ramen broth made from tonkotsu and chicken collagen was packed with flavors, but was a tad too salty for our liking. In fact, we gulped down a whole cup of green tea after a few spoonfuls. The noodles fared above average, with a springy texture and good bite. Shockingly, the star of the dish (the Kurobuta pork) was tasty but pathetic in portion and looked very miserable, to the extent we were wondering if it was actually garnish instead. To add on to the list of disappointments, the soft-boiled egg was a little overcooked as well. 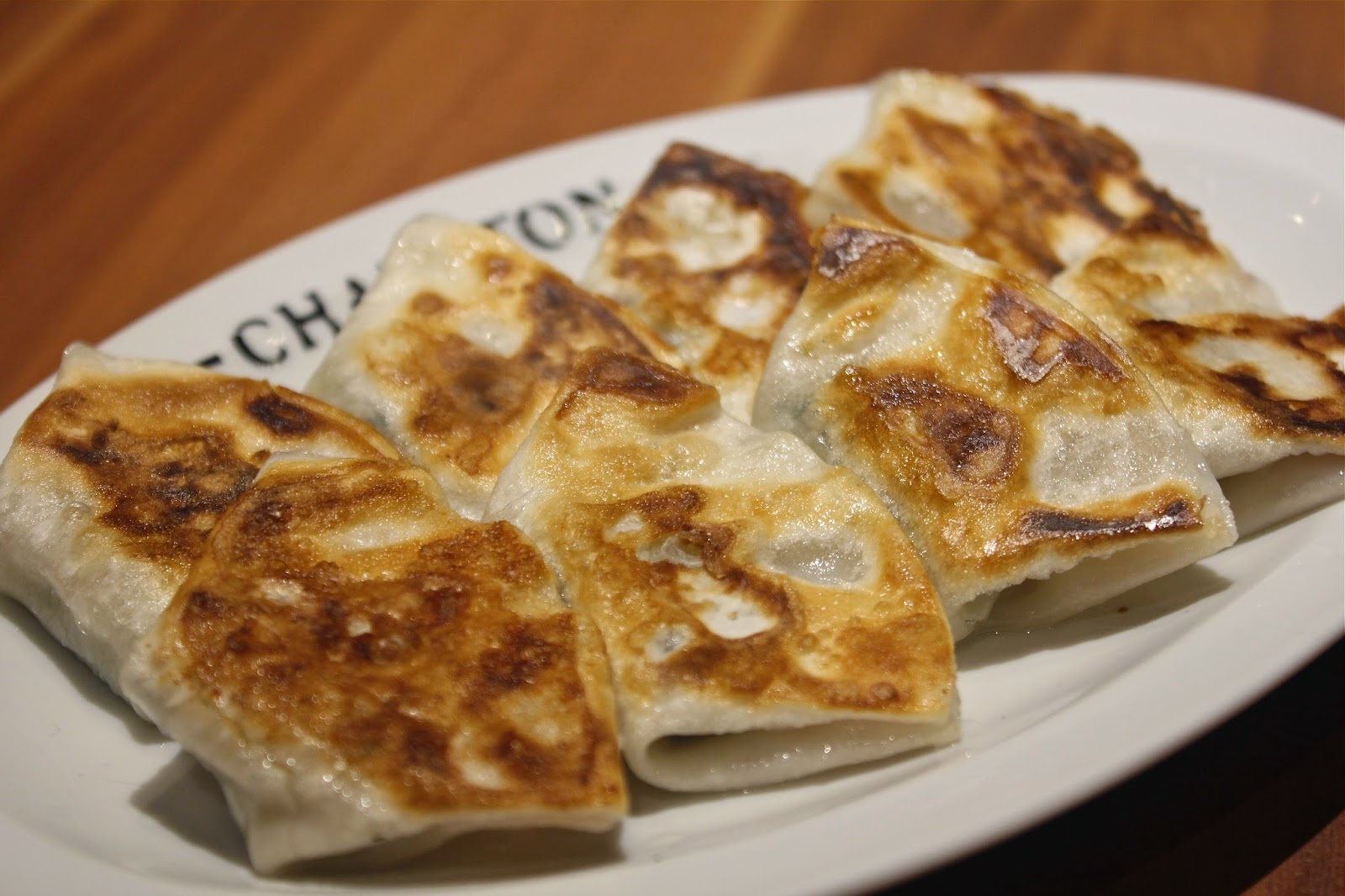 For sides, we tried the Hitokuchi Gyoza, which was nothing much to shout about either. The filling of the gyoza came across ordinary, and there was nothing special about the dish except that it is flatter than your usual gyoza. The Ika Karaage on the other hand, came crispy but was drenched in oil.

Michelin-starred or not, we are not sure if Chabuton's actually ramen lives up to the raves about their food. It definitely isn't one of the best in town or one we would recommend, unless you like your broth salty, a slightly overcooked egg, or your food coated with a layer of oil - everything seems wrong. This one's not for us, definitely.