Chinese New Year is a time of the year when no one should be on a diet. This year, one can expect a line-up of extravagant dishes put together at Marina Mandarin's Peach Blossoms, specially created for this joyous occasion by their executive chef. 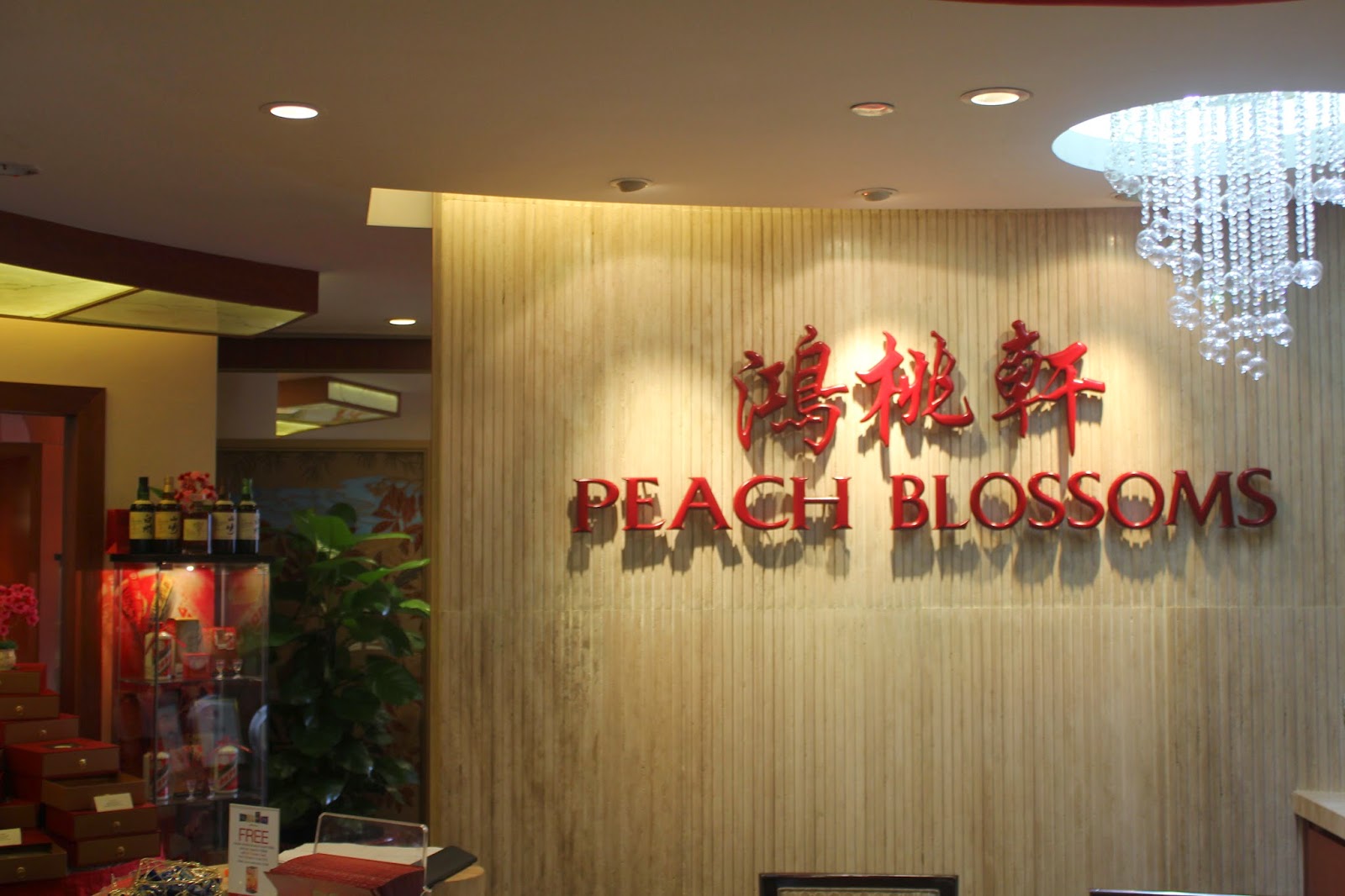 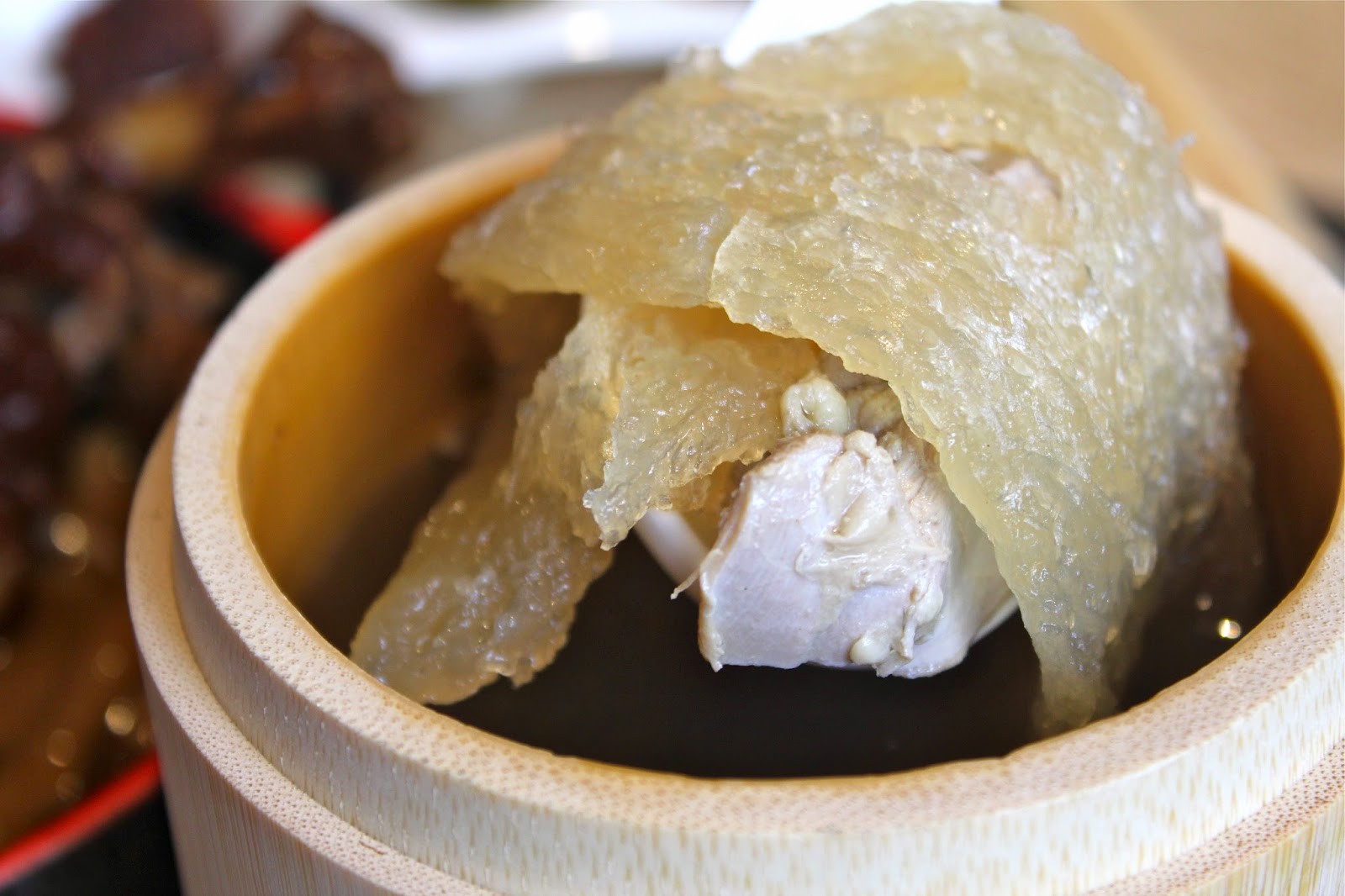 For a start, the Marina Mandarin Xi Qi Yang Yang Yu Sheng is a dish that's bound to whet your appetite. This colourful dish is generously topped with salmon sashimi and has a lot of textures from the carefully selected ingredients to be tossed. Next up, we enjoyed the Double-boiled Superior Bird's Nest with Morchella in Clear Soup which was double-boiled for hours to bring out every bit of goodness from the ingredients in it. The flavourful soup had of a whole piece of bird's nest in it and the broth was clear yet flavourful at the same time. 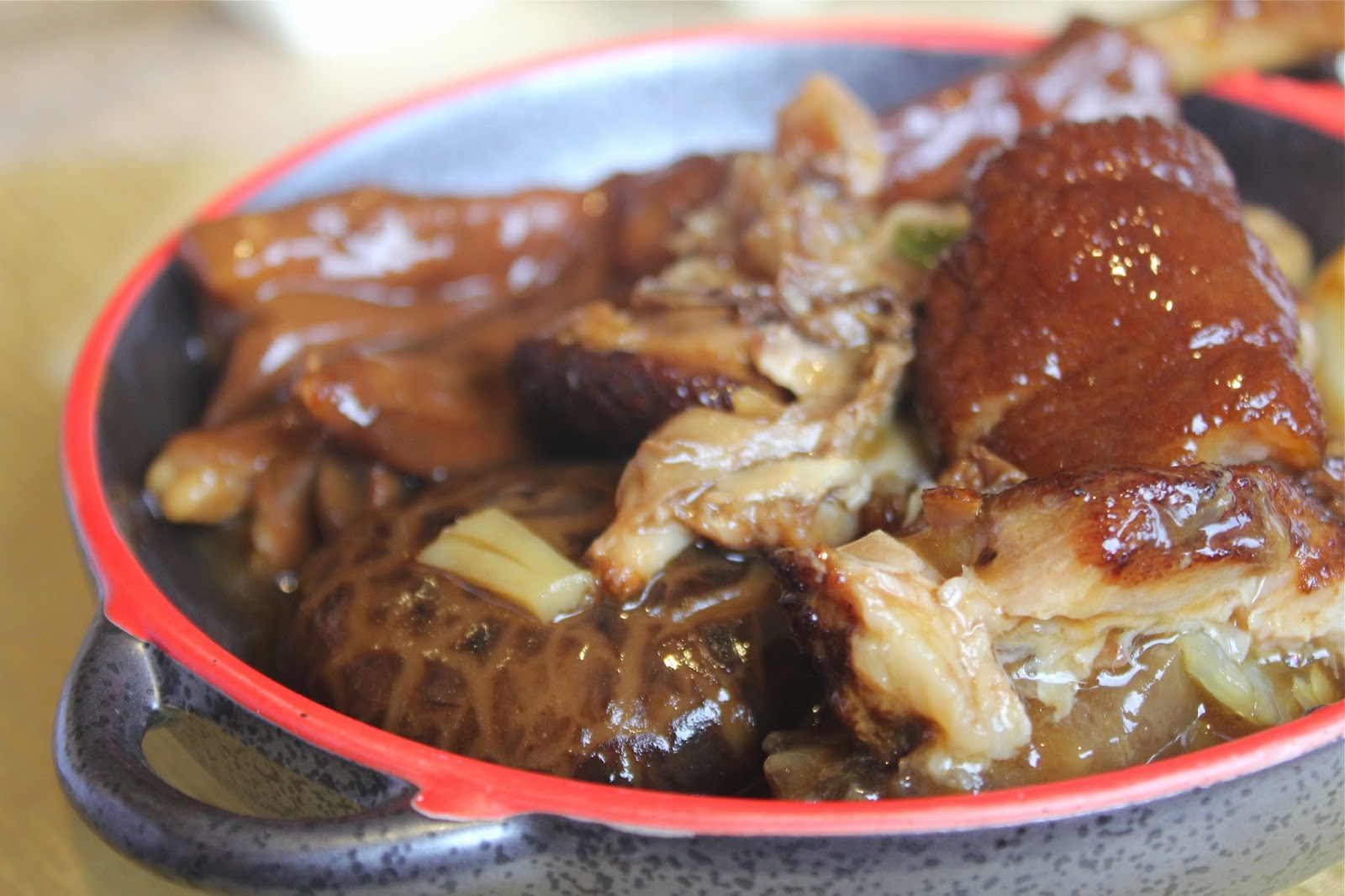 A dish not to be missed is the Peach Blossoms Imperial Sea Treasures Pot. The huge pot that is enough to at least feed 5, consists of whole abalones, fish maw, sea cucumber, dried scallops, mushrooms, pig trotters, dried oysters and goose web is braised over low heat to slowly cook the delicate treasures that can be found within. The end result was an extremely delectable dish that was filled with collagen goodness - so much so that we felt less guilty after finishing a huge portion of it. 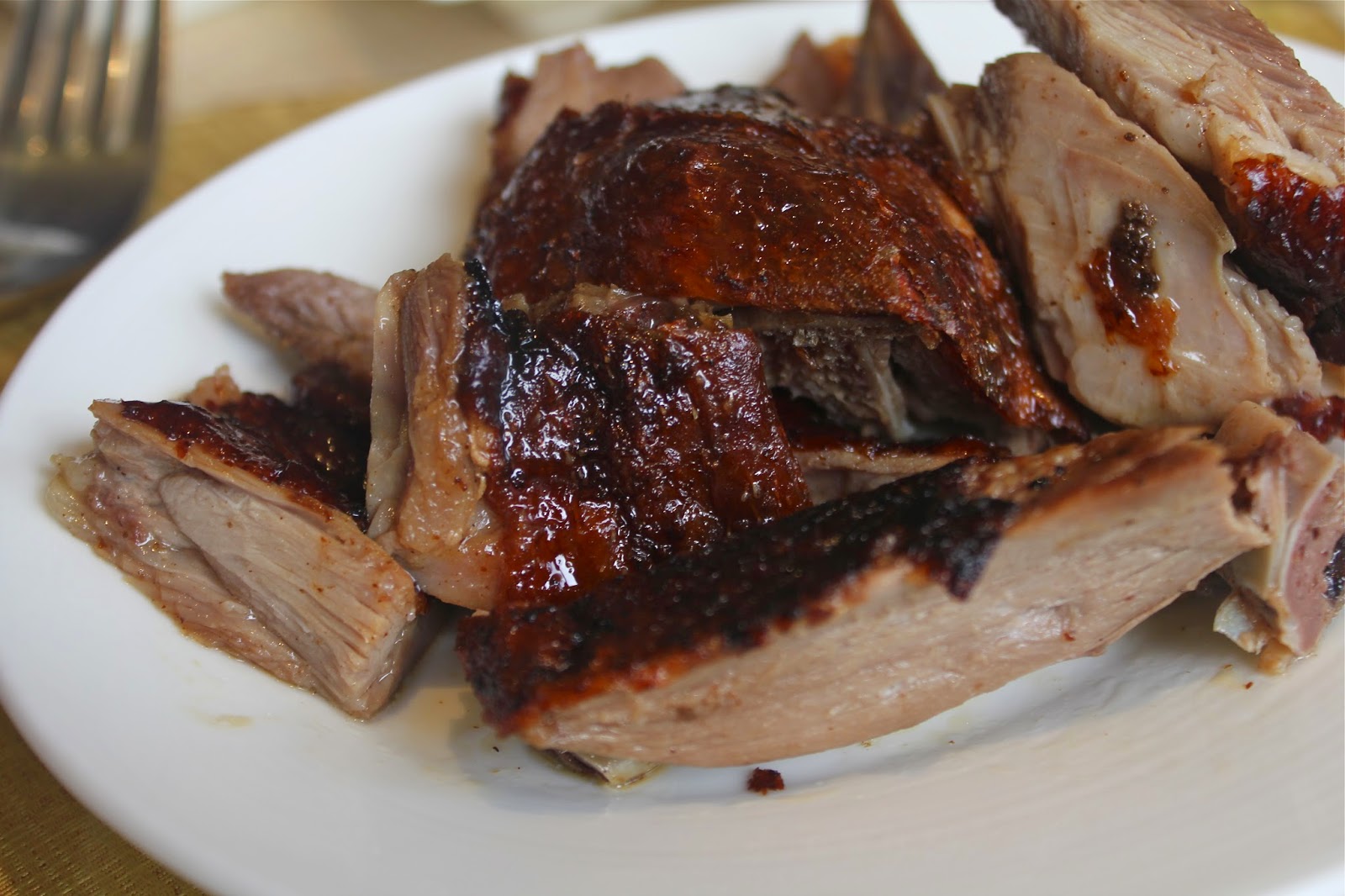 If you like your roasted meat, be sure to go for the Roasted Crispy Goose, which came served with crackling crispy skin on the outside, roasted to perfection and juicy within. The meat was extremely tender, except the fact that it was a tad too salty. The saltiness however, covered up the gaminess of the goose. 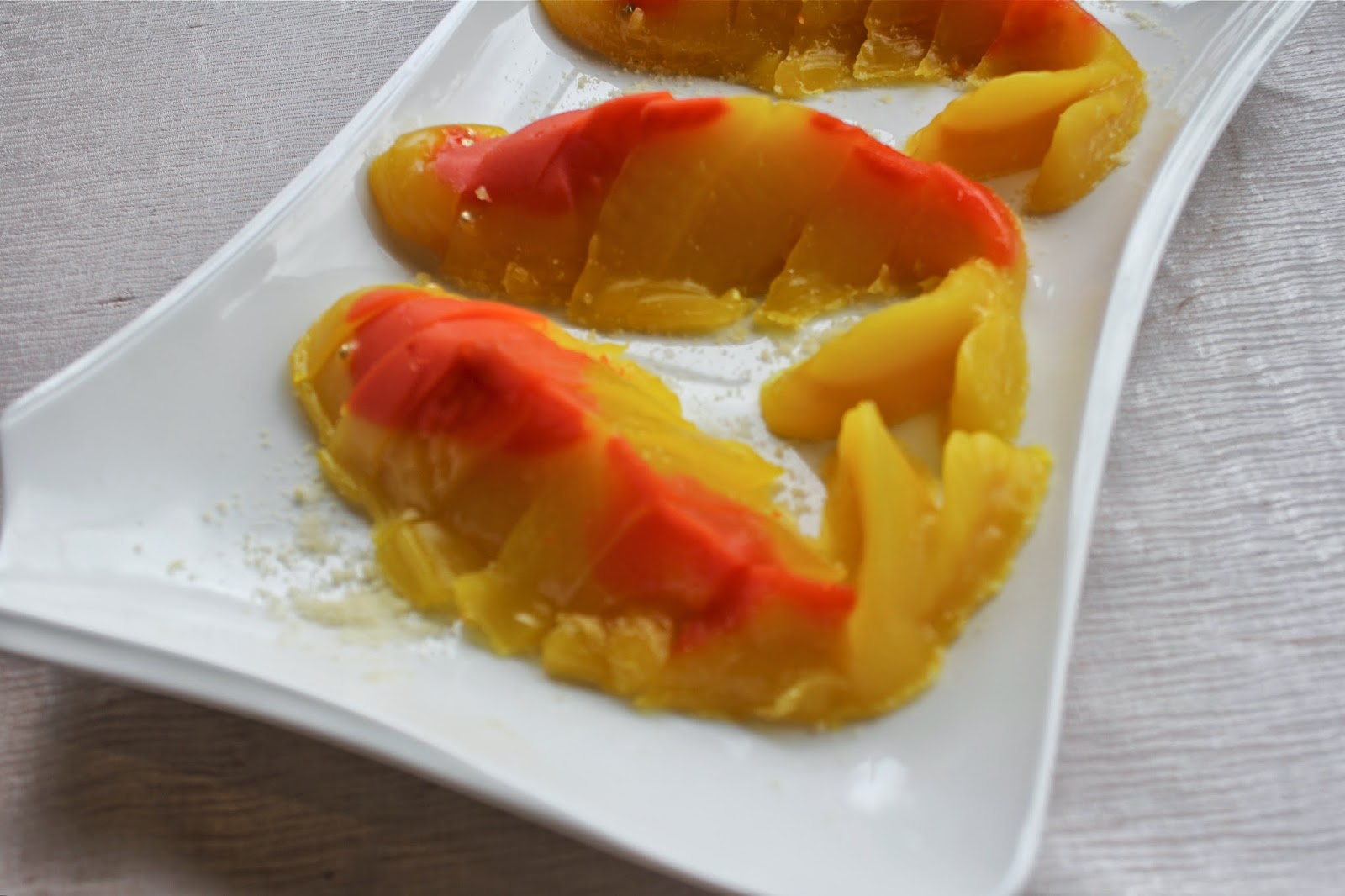 For dessert this year, Marina Mandarin has created a modern version of the Chinese flour cake. The Steamed Cheese Nian Gao, shaped in fishes, has a sweet yet savoury flavour to it which we couldn't quite describe. A good rendition of this traditional dessert, we however thought that the taste is pretty acquired.

The dishes at Peach Blossoms never fails to impress each time we are there. Cooked using traditional Chinese cooking methods such as roasting and double-boiling, we like how they keep their dishes as original and simple as it should be, without modifying them - definitely a place we recommend to get your Chinese food fix.