The region's most iconic Halloween experience is back, again. I've seen Halloween Horror Nights change throughout the years, and with each year the experience just gets better with more effects, and of course more scare factor. This year, be prepared to be immerse yourself in localised haunted houses. With themes revolving around HDBs, the MRT and Hungry Ghosts, Singaporeans would be able to easily relate with the costumes and themes. 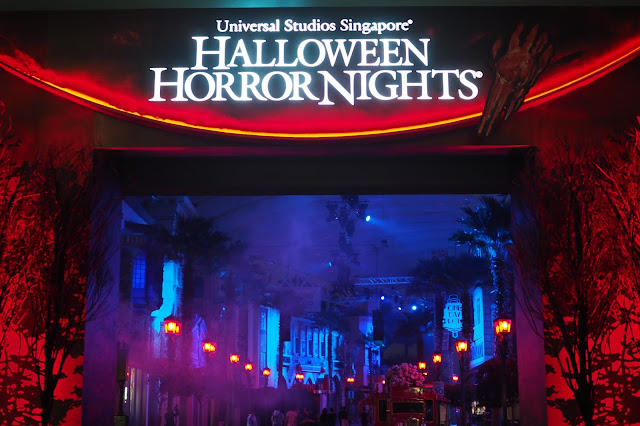 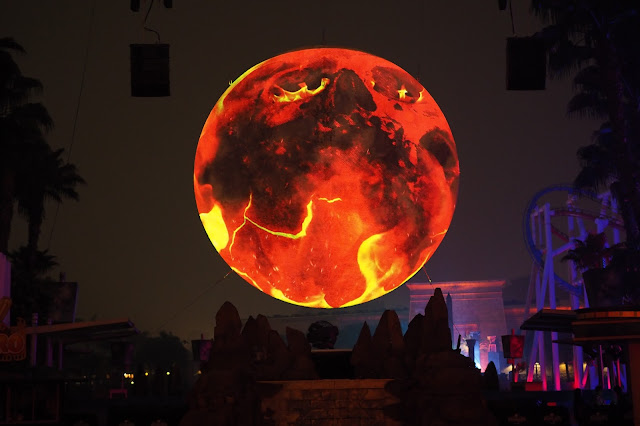 The aftermath of the Bood Moon will feature 4 haunted houses and 3 scare zones at the park this year. Of which, one of the scare zones (conTERMINATED) feel some sort more of like a haunted house. Be prepared to walk through paths you have never seen before from previous years, including the most anticipated first-ever dark house (yes, completely dark), Tunnel People.

Collaborating with a local franchise, True Singapore Ghost Stories, The MRT will feature an underground train station built at a Malay burial site. Be prepared to walk through train doors that might close on you anytime, leaving you surrounded by Toyols and Pontianaks. 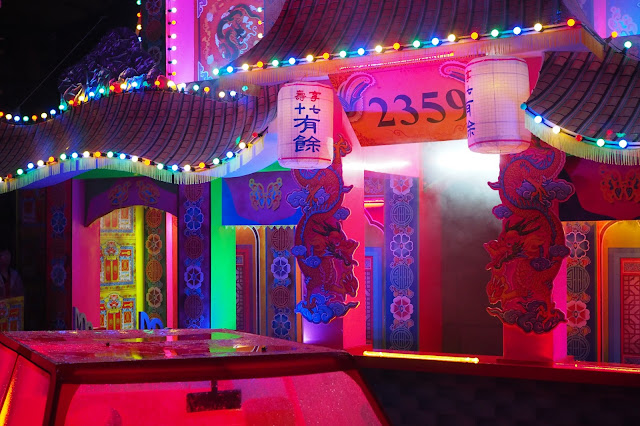 The Hell House, a must-go in our opinion, ranks one of the scariest this year. Be greeted by Paper Servants of the Effigy House and be prepared to run out perspiring as you feel the heat (yes, they really mean it) because everything in the house is made to be burnt as offerings. There's also a Hungry Ghost Trail just beside, in case you think it is not scary enough. 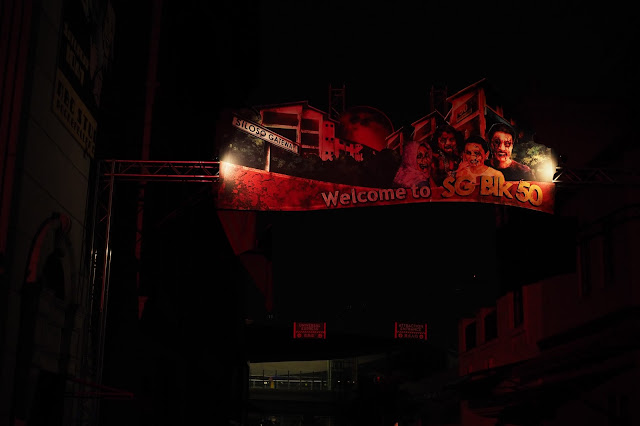 If going on the MRT and through a Hell House is not enough, the Siloso Gateway Block 50 with flesh-eating zombies is bound to leave you running. Not forgetting, they also included water effects, which we won't disclose too much because we don't want to spoil the fun. Walking through void decks and HDB corridors never felt more daunting and scary before, and might just change your mindset after this once. 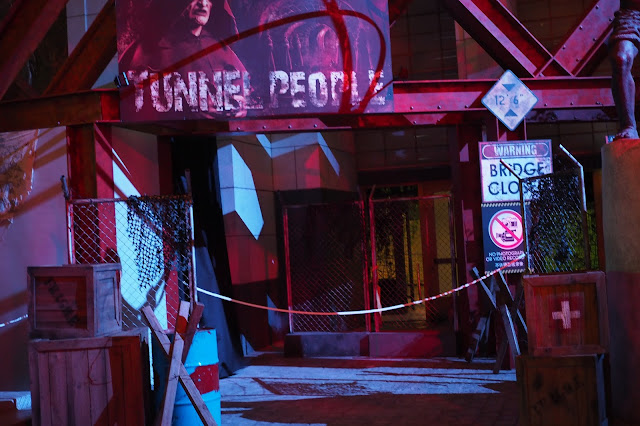 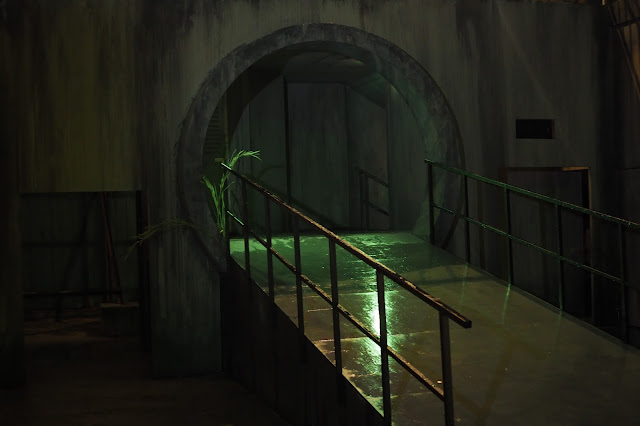 Lastly, Tunnel People is one that you should think twice, or even thrice before heading in. We hear some people tried walking alone, and turned back after a few seconds. The whole passageway is pitch black, you won't be seeing anything. But well, if you do, you should start running. Feel your way around, because honestly that's what we did, and we were glad we made it out in one piece. Perhaps if you are feeling brave, you can opt to walk alone? 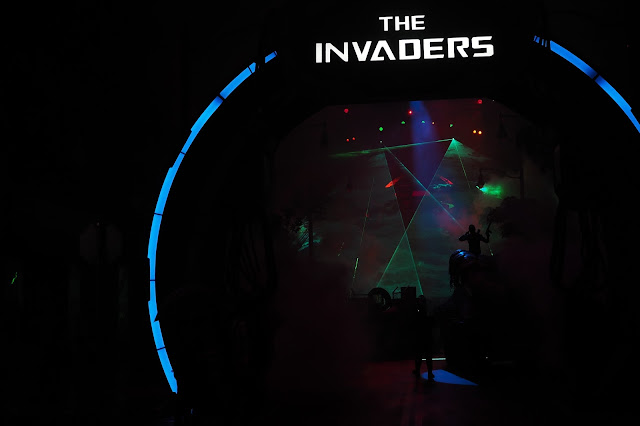 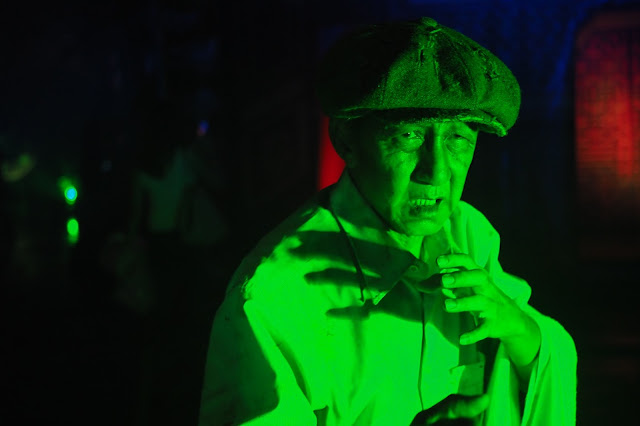 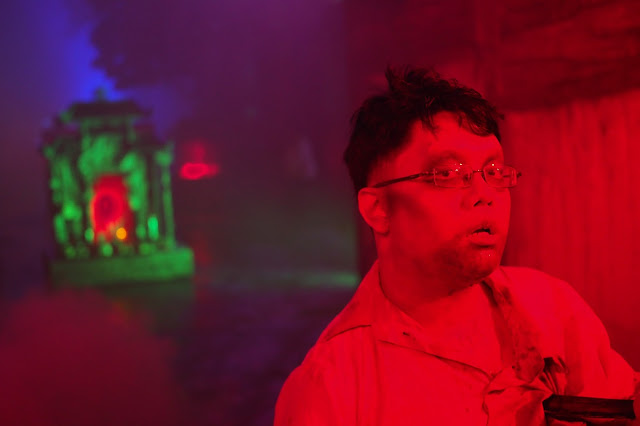 Around the park will also feature scare zones - The Invaders, conTERMINATED and Hungry Ghosts, leaving you running all over, we promise. Don't say we didn't warn, enter the houses and walk the trails at your own risk and be careful not to bump into the offerings on the floor at Hungry Ghosts. Certain main rides and attractions will also be open during the event.

Tickets are priced at SGD 68 for ordinary entry, or you have the option to top up to get an express pass, which is highly recommended. You can also opt for a Frequent Fear Pass (as if getting scared once isn't enough) - the pass allows you to multiple entries on different nights. Halloween Horror Nights 4 runs from 2 October to 31 October 2015. More information can be found on their website www.halloweenhorrornights.com.sg.

Nichology readers enjoy a discounted price when tickets are purchased at http://bit.ly/HHN5-Nichology.