New kid on the block at Marina Mandarin Singapore is Ginza Yoshihiro, which took over the previous Japanese restaurant. Unlike the traditional Japanese restaurants, a sake bar greets you at the entrance of the restaurant - a place where you can chill over sake (and perhaps sushi) after work. With a selection of sake, i reckon you'll be spoilt for choice if you opt to be at the bar. 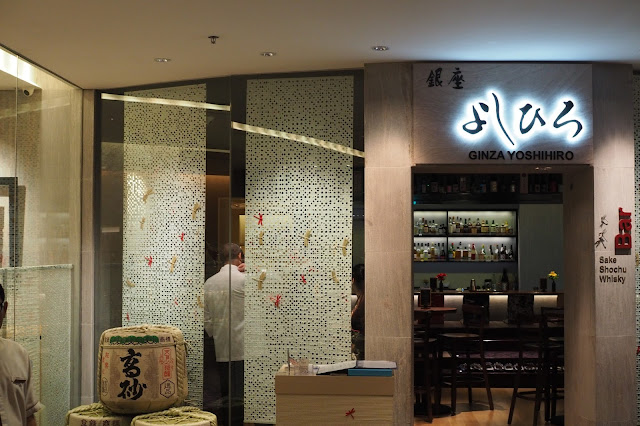 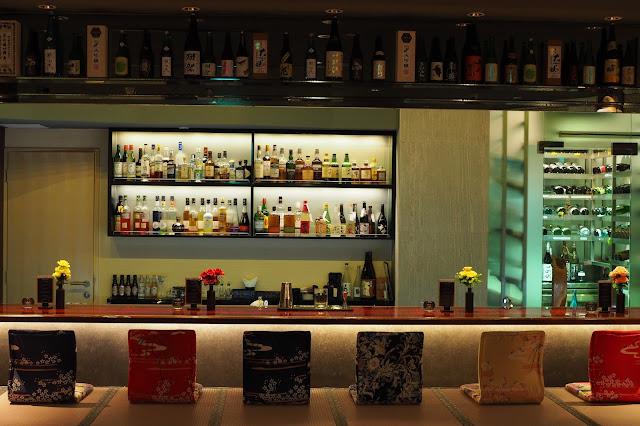 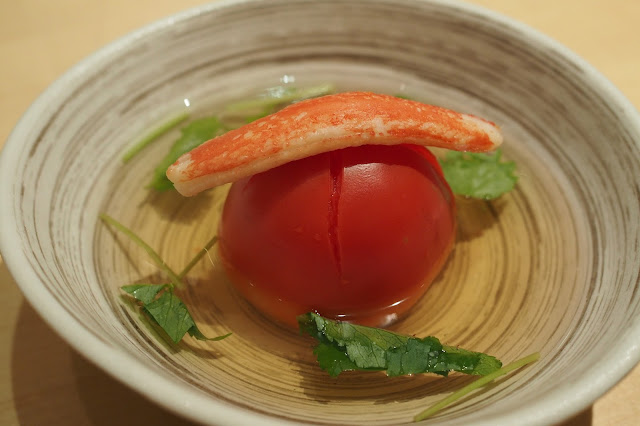 The restaurant specialises in oden, which appeared twice during the Kikyou Omakase (Lunch Set). The first was served with a tomato, while the latter with slices of pork belly. To be honest, the clear broth was conventional, nothing much to shout about, and neither were the ingredients that accompanied. I was expecting a juicy ripe tomato or tender slices of pork belly - but both tasted typically normal. 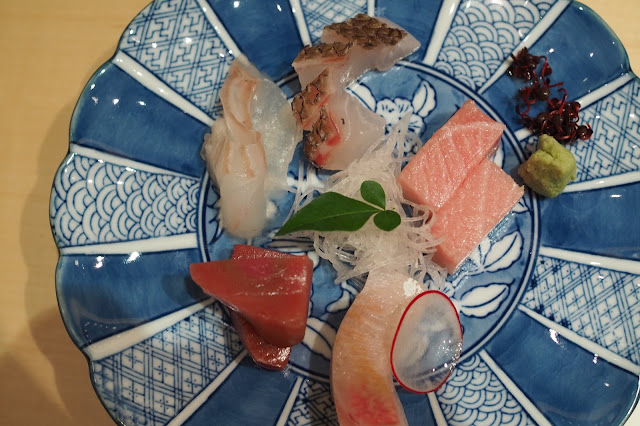 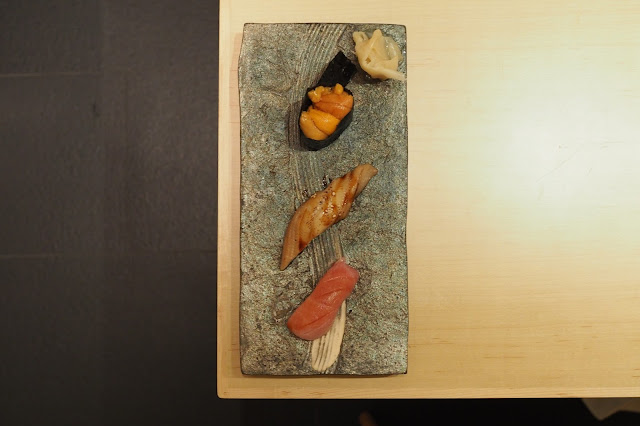 The sashimi platter however, was exceptionally sterling - with fresh cuts of quality sashimi sliced to the right thickness and plated beautifully. However, only one sushi from the assortment of sushi served stood out - the uni. While the sushi was good, it was nothing to rave about and tasted just like 'ordinary quality sushi' - something you would get at any other mid-tier Japanese restaurant. 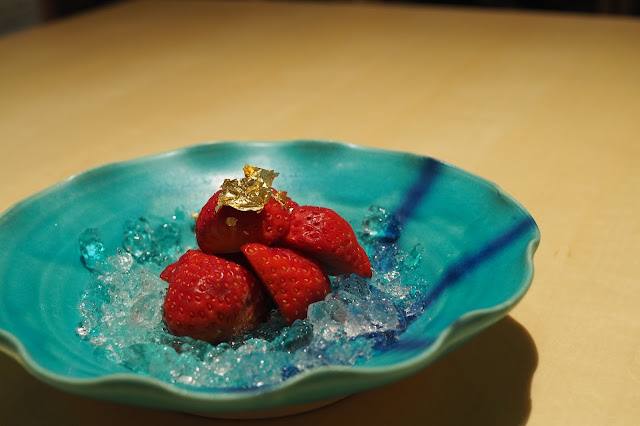 For dessert, we were served cuts of strawberries on a bed of ice, topped with shavings of 'edible gold' - something my 8 year old niece would have been able to plate in less than 5 minutes. Again, not something i was expecting from them, and definitely didn't feel like it was 'value for money' for the price of the Omakase Set.

While Ginza Yoshihiro doesn't stand anywhere close to the 'do not recommend' mark, i feel that the dishes they serve, with lots of hits and misses, does not exactly justify the prices on their menu. Or to put in straight to the point, i'll pick to have quality dim sum at Peach Blossoms (which is just one level up), or pig out at Aquamarine's buffet spread (which is just next door) over having mediocre Japanese food, any day.